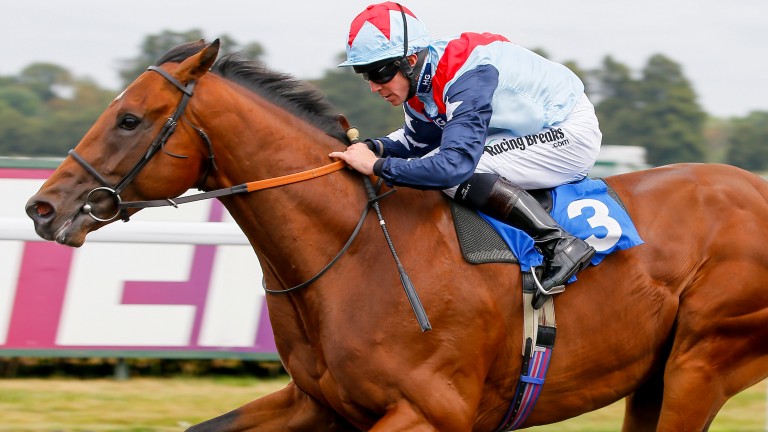 A maximum field of 28 were declared for the Qatar Stewards' Cup at Goodwood on Saturday (3.35), its first year as the feature race on day five of the Qatar Goodwood festival.

Classic Seniority, who carries a penalty for winning at Hamilton just under a fortnight ago, was the last horse to make the cut. George Bowen, rated 95, is the topweight for the consolation Stewards' Sprint that begins the Saturday card at 1.50.

Supporters of ante-post fancy Sir Dancealot enjoyed a triple dose of good news. He made the cut by three, had Ryan Moore booked to take the ride and then came out second in the draw ceremony that took place at noon, two hours after the field became known.

Stall 24 was chosen for him on the stands' side. Most of those drawn early were placed in high-numbered stalls, with the exception of 2011 winner Hoof It, who was put into stall 4. Unsurprisingly, stalls in the middle were largely unpopular.

Favourite Projection will break from stall 27 and Polybius from stall 25. Danzeno was the only one of the major ante-post fancies not to land on that side and will come from stall 16.

The Stewards' Cup had previously shared the Saturday card with the Group 1 Nassau Stakes, which this year moved to Thursday.

Five in the Gordon

The Nassau's place on day five has been taken by the Gordon Stakes, displaced from day one by the promoted Goodwood Cup. The Gordon (3.00), which has a history of showcasing top-class middle-distance performers of the future, has drawn a field of just five this year.

The Gordon can be either a St Leger trial or a springboard for horses that were not quite forward enough to feature in the Derby. Both Khalidi and Crystal Ocean could fit into either category.

Crystal Ocean caught the eye in the Dante and swerved Epsom, but Khalidi finished down the field in the Derby before splitting Permian and Crystal Ocean in the King Edward VII Stakes at Royal Ascot.

The field is completed by the unexposed Across Dubai, recent Ascot winner Mount Moriah and Jake's Hill, who put up a clear career-best effort in a Listed race at Sandown last time.

FIRST PUBLISHED 2:01PM, AUG 3 2017
Overall, most of those drawn early were placed in high-numbered stalls