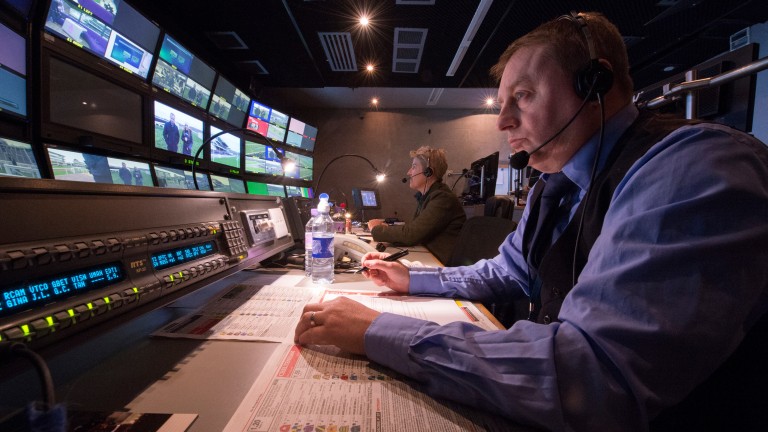 For the last four years IMG's Carl Hicks has worked as executive producer of Channel 4 Racing. Here he reflects on his tenure and the IMG team's work as an era draws to a close . . .

When I took this job I promised we would raise the production standards of racing coverage. I also promised we would adopt an 'access all areas' approach to take the viewer closer to the action and into places they hadn’t been before.

I believe we’ve achieved this. I’ve led a talented, dedicated and united squad that has told the best stories in a great sport, highlighted the passion, dangers and dedication needed to succeed by those involved – and produced award-winning TV. Importantly, when needed we’ve also held those that run the sport to account.

Inevitably you're judged by the biggest occasions. I believe that across the Grand National, Royal Ascot, Cheltenham Festival and Derby we've produced big-event sporting coverage better than any racing coverage I’ve ever seen anywhere in the world. Indeed we have had testimonies to that effect from racing professionals and viewers in USA, Australia and elsewhere.

My favourite afternoon was the aftermath of the 2015 St Leger. The drama of the stewards' inquiry was captured perfectly by our team to produce a piece of pure sporting theatre played out before our TV audience, not hidden away as it would have been just three years earlier.

It's frustrating to hear constant repetition of 'falling audiences'. This is true at former BBC events, Royal Ascot, and the Derby, but not at the Cheltenham Festival – and certainly not true at Aintree, where this year’s figure of ten million was a triumph for Channel 4.

I’m fed up of reading we've taken the fun out of racing viewing. I don’t believe that's the case at all. Our team has a friendly rapport and love for the sport. I thought we were there to make engaging, informative television. I can only apologise if we haven’t matched the wit of John McCririck and Derek Thompson, but personally I’ve always found those chaps about as funny as a dose of flu.

I will be bereft on New Year's Day not being at Cheltenham. The last four years have been the most rewarding and fun of my career, but I would like to wish our colleagues at ITV the best of luck as they pick up the baton.

Finally I’d like to thank all the participants in our sport who have helped us with their time – and I'd like to wish the sport all the best.

The recent injury to Freddy Tylicki and loss of JT McNamara are a sobering reminder of the dangers we must never take for granted. We also must never forget the legions of poorly paid horse lovers who worship their charges and make this great sport possible.

FIRST PUBLISHED 6:00PM, DEC 26 2016
I will be bereft on New Year's Day not being at Cheltenham. The last four years have been the most rewarding and fun of my career