Talk of the Tracks SOUTHWELL TUESDAY

Heskin and George at the double with promising youngsters 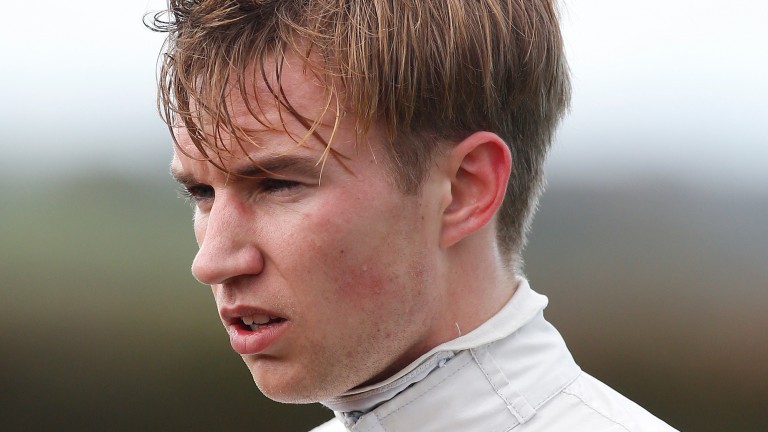 The Adrian Heskin and Tom George partnership advertised its potential again yesterday when the pair teamed up for a double courtesy of Minella Aris and Sumkindofking.

The former provided the first leg of the double in the 3m novices' hurdle, sporting a tongue-tie for the first time and benefiting from a patient ride by the impressive Heskin.

Sent off the 6-4 favourite, Minella Aris stayed on best of all to score by a length and three quarters from the Jonjo O'Neill-trained For Instance.

"He's a nice horse and I just minded him as long as I could what with it being his first run for a long time," said Heskin. "He should progress from that."

That win meant Heskin was a perfect two-from-two around Southwell for his career and he made it unbeaten in three when Sumkindofking justified 2-5 favouritism in the 1m7½f maiden hurdle to score well.

An impressive Chepstow bumper winner earlier this month, Sumkindofking was made to work harder this time by I'm A Game Changer and Fattsota but came out on top by four lengths.

"That was a good trial for him, they went a good gallop from start to finish," said Heskin. "He's answering all the questions we're asking him so far."

Champion jockey Richard Johnson also left Southwell with a double courtesy of wins in the final two races, the second thanks to a relative of an old friend.

Royal Village, a half-brother to Village Vic, outstayed the smooth-travelling Al Shahir to land odds of 11-8 and win the bumper.

"He's a really nice horse," Johnson said. "Having good relatives doesn't always make them any good but he looks like a nice horse for the future."

Half an hour earlier, Johnson scored aboard Mrs Burbidge for Neil Mulholland in the 2m4½f handicap hurdle.

Paul Murphy was feeling pleased with himself after Mercian Prince put up a smart performance to win the opening 2m4½f handicap chase.

The horse is trained by Murphy's daughter Amy, for whom this was a second winner, and was also bred by him, leaving him to remark: "It's a great result – I bred the horse and trainer!"

Amy Murphy struck with another of her father's horses, Mercian King, at Fakenham earlier this month and has a high opinion of yesterday's winner.

"He's been a horse we've really liked since he came over," she said. "We'll treat him like the good horse he is and look for a race around Christmas."

On a day defined by comfortable, short-priced winners, there was one tight finish as Fly Home Harry denied Midnight Jade what looked a certain success.

The 11-4 favourite, Midnight Jade cleared the final fence some six lengths clear but Paul Moloney was able to get a tune out of Fly Home Harry to get up by a short head.

"He does save a little bit for himself – hence the name," said Moloney.

Those who looked a little deeper into the history of successful handicap debutante Hey Bill prior to the fourth race may have noticed a big clue lurking in his point-to-point form. On his third outing, he came down at the third-last flight when giving a lead to none other than Neptune winner Yorkhill.

FIRST PUBLISHED 5:13PM, NOV 29 2016
That was a good trial for him, they went a good gallop from start to finish. He's answering all the questions we're asking him so far