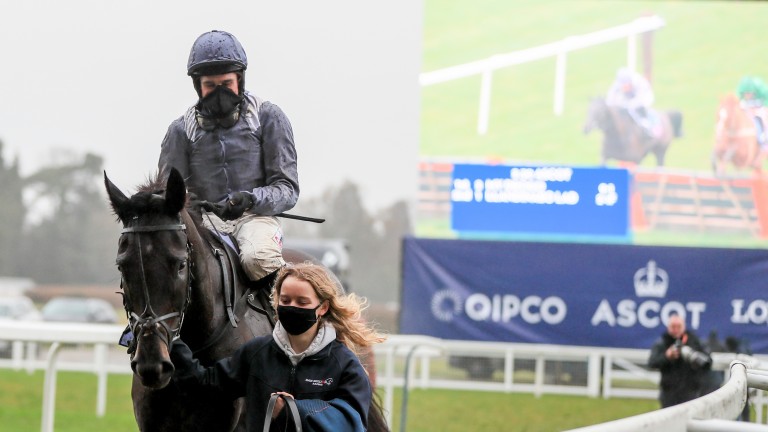 My Drogo is led in after his victory in the Grade 2 novice hurdle
Mark Cranham / racingpost.com/photos
1 of 1
By James Burn UPDATED 6:40PM, DEC 19 2020

Trainers can be wary of talking up their horses, such is the snakes-and-ladders nature of the sport, but Dan Skelton was, quite simply, drooling after My Drogo landed the Sky Bet-sponsored Grade 2 novice hurdle.

Betfair and Paddy Power make the Richard and Lizzie Kelvin-Hughes-owned winner 16-1 (from 33) for the Sky Bet Supreme Novices' Hurdle, but Skelton is not fully committed to the idea of that.

What he is fundamental about is that the strapping son of Milan, who was ridden by his brother Harry, has the credentials to go to the top.

"He's an imposing animal and has so much going for him," he gushed. 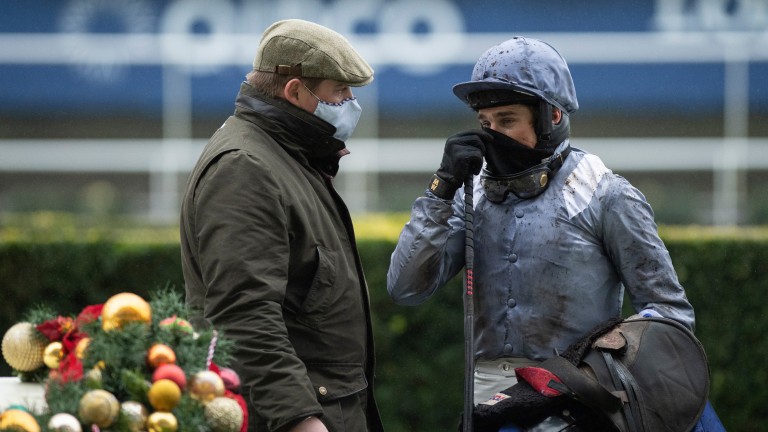 "There's no point asking how he compares to Altior, though, because I've never trained him!"

It is over fences – rather than hurdles – where My Drogo is expected to excel.

"We've got no wild ambitions as a hurdler and his ability isn't going to force us into making mistakes," Skelton added.

"If he can win a Grade 1 over hurdles that'd be magic, but I don't think we're expecting that – we hope for that as a chaser." 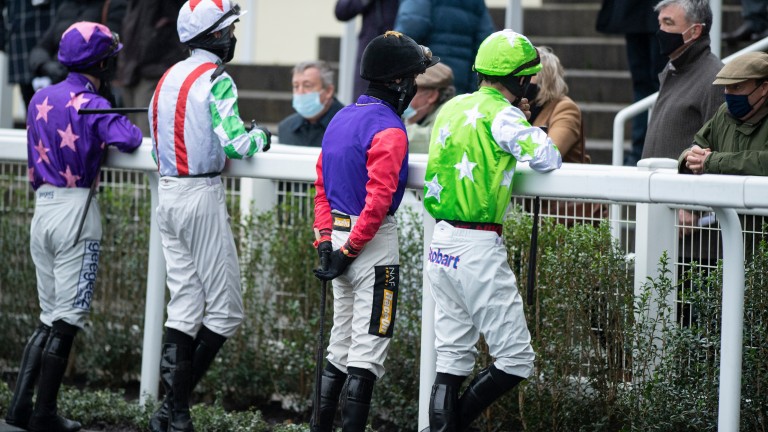 Memories of the mighty Sprinter Sacre came flooding back when his younger close relative Emir Sacree won the handicap hurdle for conditional jockeys.

He was ridden by Joe Anderson, who is loving life with trainer Nicky Henderson, which is no surprise when you consider the star inmates.

None is finer than Seven Barrows Hall of Famer Sprinter Sacre, who won two Champion Chases in a glittering career.

Asked for his best Sprinter memory, Taylor recalled: "It was when he went to the Punchestown festival in 2013 after he'd won his first Champion and the Melling at Aintree.

"I'd never known a reception or welcome like it and I'm not sure the boss has. Every other person was stopping Nicky for autographs, pictures, whatever, thanking him for bringing the horse over. Corky Browne came too and I don't think we got in until 4am! They looked after us big time over there." 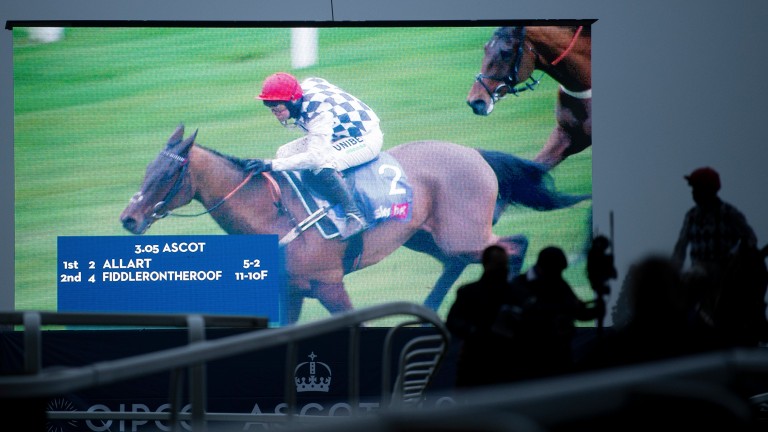 Screen star: Altior walks back into the winner's enclosure alongside a shot of his success
Edward Whitaker / racingpost.com/photos

Sprinter Sacre was not the only Henderson alumni remembered as Allart won the novice chase in the colours of Ronnie Bartlett's dashing grey Simonsig, who had won the Grade 2 eight years ago.

Like Simonsig, Allart was making his chasing debut in the race and did so in style under Nico de Boinville.

"This is a brave place to start a novice first time out, but it was a beautiful ride, to educate him in a Grade 2," said Henderson. "He's got gears, but I don't know what we'll do next. He showed he stayed two-miles-three there, but he's got natural pace." 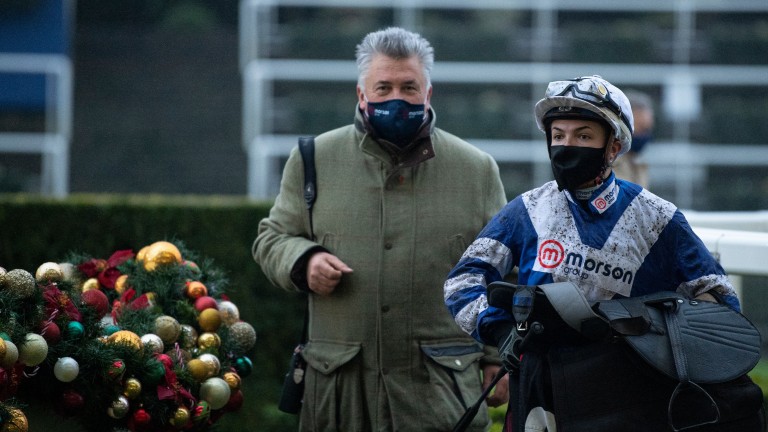 Megan Nicholls and her father Paul after the win of Knappers Hill
Edward Whitaker / racingpost.com/photos

Megan Nicholls, the daughter of 11-time champion trainer Paul, is not about to launch a jumps career, but struck in the Listed bumper on her father's Knappers Hill.

"Megan's going to ride some bumper horses," Nicholls said. "She had a winner on Rainyday Woman at Stratford recently and on the days Harry [Cobden] can't ride in the bumpers, she will.

"I don't think she wants to ride over jumps. She loves the Flat and sometimes with the good conditionals we've got, losing their claim in bumpers is not always a great thing, so this will work for everybody and Megan rides well."

'I've been coming to Royal Ascot for 35 years - it's wonderful to be back' Confirmed runners and riders for the Gold Cup at Royal Ascot Five horses who should relish the quick conditions at Royal Ascot on Tuesday Can Battaash make it six out of six first time out? Graeme Rodway gives his view 'I think he has a big chance' - will Guineas hero Poetic Flare strike at Ascot? One trainer, one jockey, one horse and one race to note on Royal Ascot day one