'He's not just an out-and-out stayer': Pipe positive as he takes aim at Becher 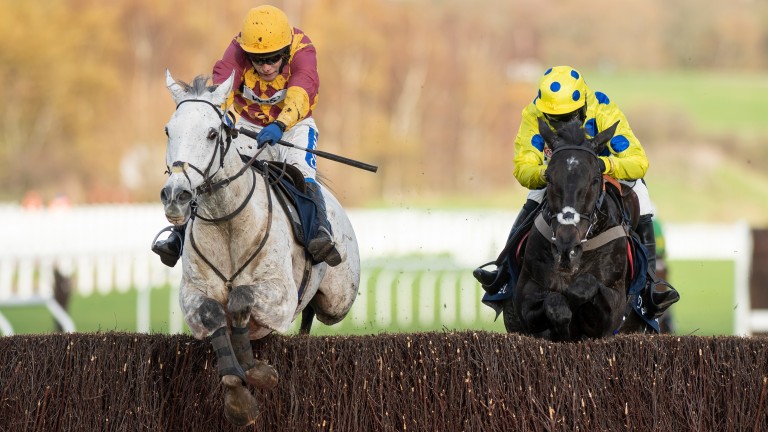 Ramses De Teillee (left) could be a live contender for the Grand National next April
Edward Whitaker
1 of 1
By Matt Rennie UPDATED 3:01PM, DEC 3 2020

Ramses De Teillee will bid for redemption over the Grand National fences and enhance his claims for this season's Aintree spectacular in the Becher Chase on Saturday after David Pipe confirmed the eight-year-old will spearhead his two-strong team in the Grade 3.

The dashing grey endured a nightmare run on his last appearance over the fences in the 2019 Grand National when Tom Scudamore's reins snapped after a bad mistake at the Canal Turn, forcing Ramses De Teillee to be pulled up.

He was subsequently campaigned mostly in novice hurdles last season, but Ramses De Teillee made a winning return over fences last time out with a thrilling victory in a staying handicap at Cheltenham's November meeting and Pipe is confident he will show his true colours over the Aintree fences this time, with Scudamore maintaining their partnership instead of riding 2016 Becher Chase winner Vieux Lion Rouge.

"Ramses De Teillee has always been a good horse, he loves soft ground and battled extremely well at Cheltenham the other day," said Pipe, speaking during a media conference organised by Great British Racing.

"He made mistakes at the third and the fourth, but apart from that he jumped very well and we think it warrants having another go. Going back to Aintree a second time, some remember it and don’t like it as much as others. I think he’ll take to it. He’s in great form and if he does take to it he must be in with a great chance."

Ramses De Teillee is an 8-1 chance with race sponsor William Hill to give Pipe a second Becher Chase success, and while his best performances have come in extreme tests of stamina on soft ground, the Nicholashayne handler does not believe he is heavily dependent on those conditions.

He added: "He can definitely travel in a race and we perhaps play on the soft ground with him too much. He finished second in a Grand National trial at Haydock a couple of years ago and it was only on the soft side of good.

"He doesn’t need soft ground but over this trip and over the National fences it will probably help him. He's a strong traveller, so he’s not just an out-and-out stayer."

Vieux Lion Rouge prevailed by a short head in this contest four years ago and will bid to become the fourth horse to win multiple renewals of the Becher Chase. 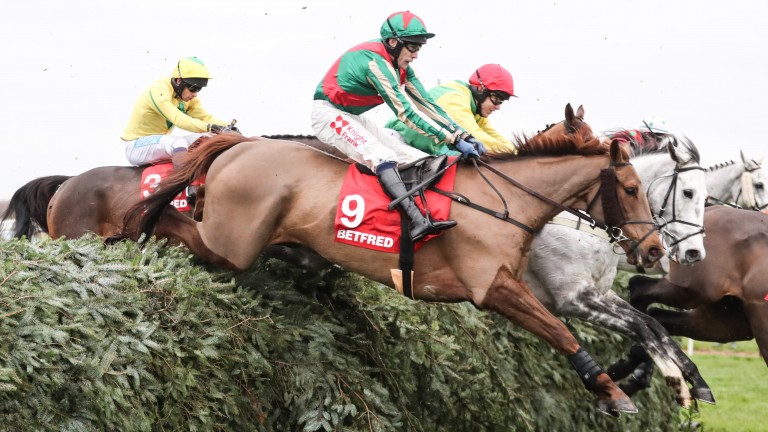 The 11-year-old finished fifth in a veterans' chase on the Mildmay course on his return, and despite his advancing years the trainer hopes he will thrive over the fences he loves, with Conor O'Farrell set to ride.

"He’s jumped more Grand National fences than any other horse – 202 fences over four Grand Nationals and four Bechers," said Pipe.
"He jumps those fences better than the normal park fences. He’s not getting any younger but he’s in great form, he'll be a fantastic ride and some thrill.

"He ran well in his pipe-opener for this race, he qualified for the veterans' final at Sandown as well so it served its purpose. He’s come on a lot for that and is working as well up the gallops as he was three years ago.

FIRST PUBLISHED 2:00PM, DEC 3 2020
Going back to Aintree a second time, some remember it and don’t like it as much as others. I think he’ll take to it. He's in great form