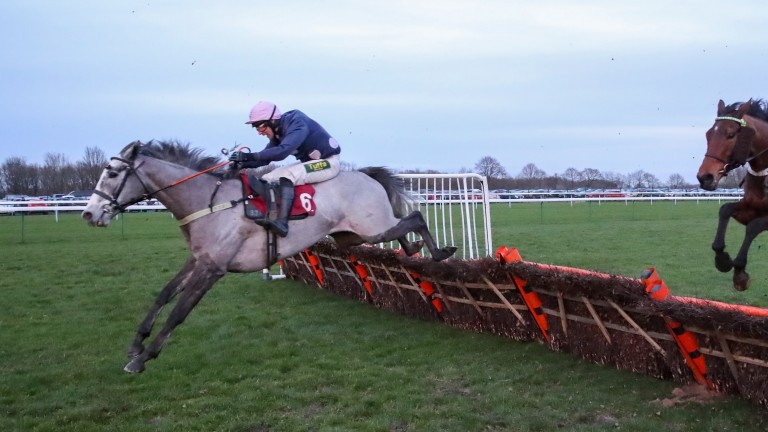 Silva Eclipse: bids to follow up his win a year ago under regular rider Danny Cook
John Grossick (racingpost.com/photos)
1 of 1
By David Milnes 6:00PM, NOV 21 2020

Silva Eclipse bids to follow up his victory of a year ago in Sunday's highlight at Uttoxeter, although he runs off a 7lb higher mark this time around.

The Sue Smith-trained grey also scored at Haydock last season but has yet to regain the winning thread in two outings this term, although he should be better served by the return to a flatter track after disappointing at Carlisle last time.

Danny Cook, who was aboard for both of Silva Eclipse's wins last season, resumes the partnership after returning from injury – he required 50 stitches in his face after being trodden on by a horse in a fall at Market Rasen last month – at Haydock on Saturday.

However, they are unlikely to have it all their own way with 13 in opposition, including the Dan Skelton-trained Ashtown Lad near the foot of the weights. The winning point-to-pointer scored at the third attempt over hurdles when making all at Wetherby last month and makes his handicap debut off a mark of 123.

Skelton said: "Ashtown Lad stepped forward from his first run when winning a novice hurdle on soft ground at Wetherby. He's a massive horse, a chaser in the making, but we'll make a nice hurdler of him and this looks the right race."

Even lower down the weights is the progressive Jobsonfire, who racked up a hat-trick over hurdles last winter and finished third to subsequent Newbury winner Dell' Arca on his return at Aintree last month.

Trainer Sam Allwood said: "I'd say Jobsonfire was only 90 per cent fit at Aintree so there should be more to come. He has a nice racing weight and should go well as long as the ground remains proper soft." 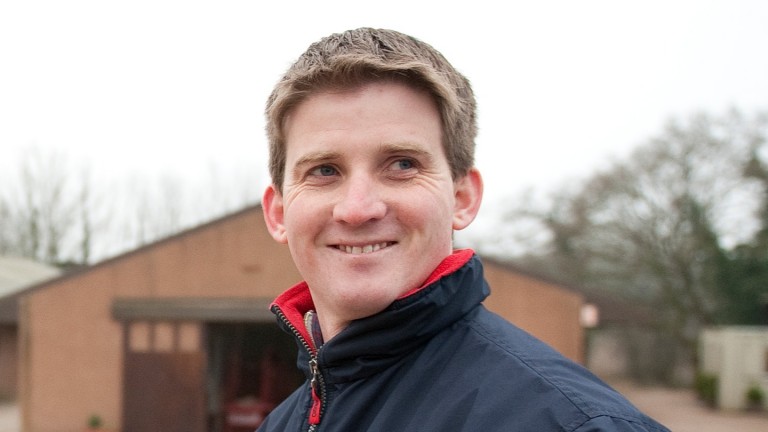 The oldest runner in the field is the veteran Kansas City Chief, who had Uttoxeter rivals Sirobbie and Neville's Cross behind when finishing third in a Pertemps qualifier at Cheltenham last month.

Of the 11-year-old, trainer Neil Mulholland said: "Kansas City Chief seems to have retained plenty of ability and ran a cracker to be third at Cheltenham last time. He should like the track and goes there in good shape."

Stuart Edmunds saddles Young Offender towards the bottom of the weights, with the trainer indicating he may have had excuses for finishing only eighth on his comeback at Wetherby last month.

Edmunds said: "They omitted some hurdles that day, which didn't help as he got squeezed out close to the rail. He'll like the track and I'm expecting a big run."

The JP McManus colours are carried by the returning Duc De Beauchene, who may well go chasing in time.

Trainer David Pipe said: "He was very impressive when winning at Cheltenham a year ago but never built on it for some reason. He's looking very well and we are sticking to hurdles for the time being."

FIRST PUBLISHED 6:00PM, NOV 21 2020
I'd say Jobsonfire was only 90 per cent fit at Aintree so there should be more to come. He has a nice racing weight and should go well