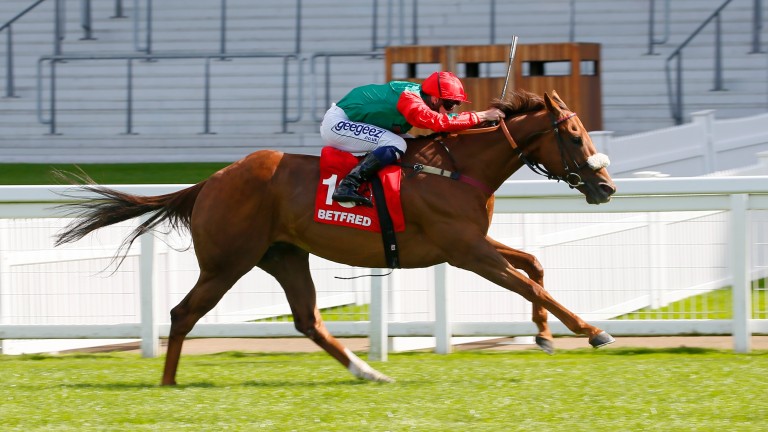 Jawwaal continued his love affair with South Yorkshire to land back-to-back wins at the course for Michael Dods.

The six-year-old has been out of the placings only once in six runs at the track and was too good for his rivals in the 5f handicap.

Dods said: "He does love Doncaster, but I don't know why he takes to it so well. It's a flat, galloping track but he's won at Ascot as well. He just seems to like it when they're going a nice gallop and it's a good, big track.

"He's in the form of his life at the moment and that fast ground helps him as well. He's a fair horse on his day."

The gelding justified joint-favouritism to maintain his strong form with a one-length victory under David Probert in the feature race of the day.

"Unfortunately Callum Rodriguez was banned today so David Probert came in and he gave him a peach of a ride.

"I think he's best at five furlongs. There are decent races at Ascot and York to look at, but we'll think about the Portland here only if it's fast ground."

Moshaawer appeared an exciting prospect for the yard of Roger Varian after landing his second victory on the bounce.

A comfortable winner of the 1m4f novice stakes under Dane O’Neill, the Shadwell-owned three-year-old built on an encouraging debut in October when third behind the useful Scope and subsequent Derby runner-up Mojo Star.

Brunch tastes good for William Buick as rider enjoys wonderful weekend Red-hot favourite Mohaafeth beaten as Bangkok prevails in three-way tussle Apprentice Crehan made a clear mistake - but punishment doesn't fit the crime One trainer, one jockey, one horse and one race to watch on Saturday