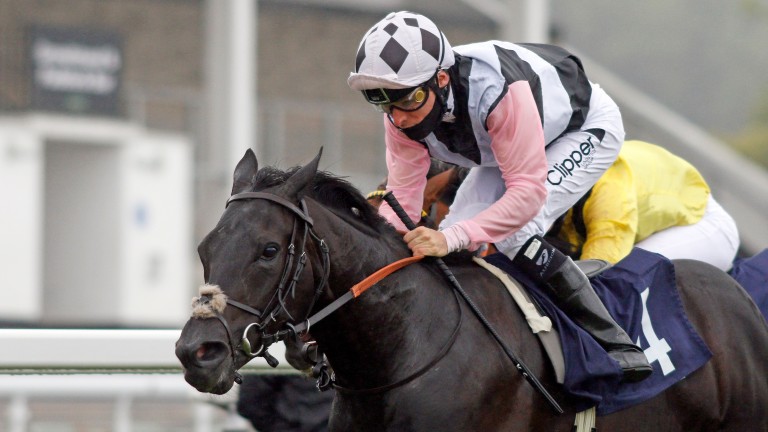 Much of this race will revolve around whether or not you are with or against Beauty Choice, a progressive four-year-old whose last two runs over this course and distance represent decent form.

Were he to win here, it could be job done for trainer Charlie Fellowes and on to pastures new given the son of Bated Breath runs in the silks of Hong Kong-based owner Simon Kwok.

Expect the well-drawn favourite to be prominent, with the pace likely to come from the outside draws courtesy of either Baby Steps (11) or Salateen (9). Neither have been at their best recently, but the former is trained by David Loughnane, who won this race last year with Ghaith.

Unforgiving Minute is the joint-oldest in the race, but he showed he was in a rich vein of form last time when winning his first handicap since April 2018 at 33-1. Grace McEntee will again be tasked with delivering the keen-going type late.

The handicapper could have Chookie Dunedin in his grasp after putting him up 4lb (will be 1lb lower in future) for a cosy win over a furlong shorter in mid-December. He needs to bounce back after losing his position at a crucial stage last time, while Tin Hat is having his first start at the track following two creditable runs at Lingfield this season.

Kapono was four lengths behind Beauty Choice on his penultimate start, but he could bridge that gap somewhat based on his run over 6f at the course last time, where he made up pleasing late ground from a challenging position.

Charlie Fellowes, trainer of Beauty Choice
He's a gem, he's so straightforward. He's suited to the all-weather big time as he's electric out of the gates. He's got good form over course and distance so he should run another big race. It's been the plan since his last run around there. His owners are from Hong Kong and he wouldn't need to go up a lot more for him to qualify to race over there so it's always a possibility.

Eve Johnson-Houghton, trainer of Tin Hat
He's in great form, he's been very consistent. He loves Brighton and we haven't had it this year, he seems to perform well on the all-weather. He's got a nice draw and I'm hopeful he'll go close.

Sean Curran, trainer of Unforgiving Minute
He's in good form. He was a little bit off-colour last week and I didn't run him, but he seems to have bounced back. [Last time] was a big surprise, he hadn't won a handicap for years, just claimers and Grace [McEntee] gave him a good ride. My girl Laura rides him all the time and knows him inside out, they both keep each other sweet. He's not one of those you can gallop – he's fit, he just needs to be fresh and fit.

Musselburgh 'up against it' as low temperatures threaten Thursday card