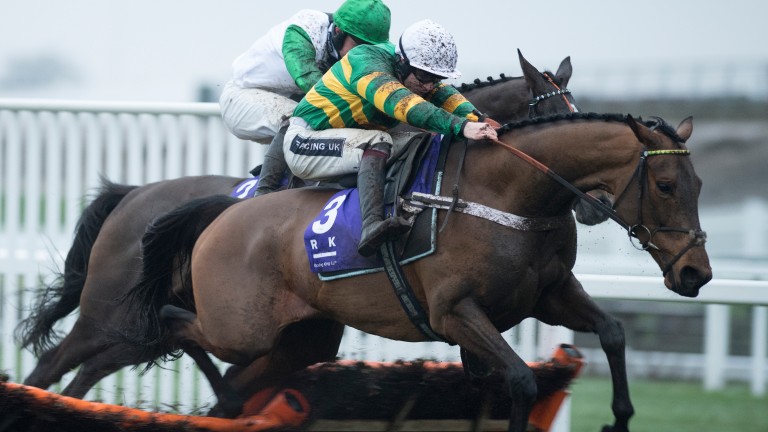 Top-class novice hurdler Champ will face five rivals when he makes his chasing debut in the KKA-Highpoint Beginners' Chase (2.05) at Newbury on Thursday.

The JP McManus-owned seven-year-old, named in honour of the legendary Sir Anthony McCoy, confirmed himself as one of the most exciting young jumpers in training last season with a pair of Grade 1 victories in the Challow Novices' Hurdle at Newbury and the Sefton Novices' Hurdle at Aintree.

He was also far from disgraced at the Cheltenham Festival, finishing a fine two-length second to City Island in the Ballymore Novices' Hurdle.

Champ's Aintree victory, when he stepped up in trip to beyond three miles for the first time, exemplified his staying credentials and, upon trainer Nicky Henderson's announcement that Champ would switch to fences this season, he was installed as the 8-1 favourite for the RSA Chase next March.

Henderson said in a recent Racing Post Stable Tour: "He proved he stayed three miles at Aintree and has summered incredibly well. He schooled well at Chepstow on Tuesday and Barry [Geraghty] thought he was pretty forward, so we're looking forward to chasing."

The Jeremy Scott-trained Dashel Drasher bids for a five-timer on his seasonal reappearance, while the field is completed by Fontsanta, Red River and the Colin Tizzard-trained Highest Sun.

FIRST PUBLISHED 11:22AM, NOV 6 2019
The JP McManus-owned seven-year-old confirmed himself as one of the most exciting young jumpers in training last season