Hertford Dancer to miss Epsom and head to Ascot 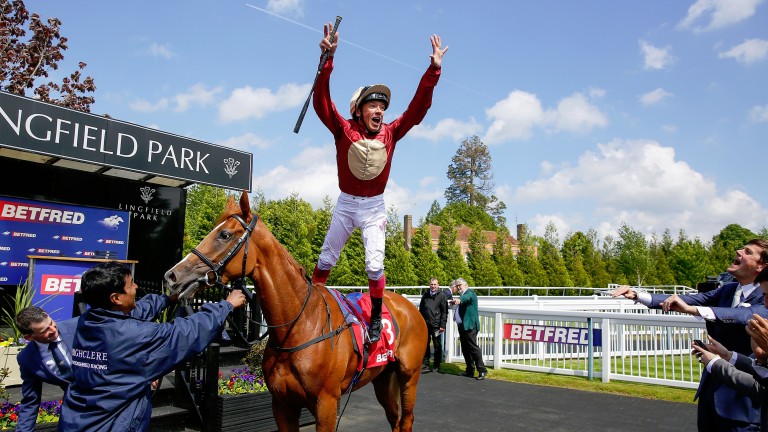 The members of the private Mayfair club who enjoyed a notable success on Saturday will not be chasing Classic glory after it was confirmed Lingfield Oaks Trial winner Hertford Dancer will miss Epsom and instead be aimed at Royal Ascot.

While a supplementary entry to the Oaks costs £30,000, late admission to the Ribblesdale Stakes is less prohibitive at £17,000, the sum expected to be requested of the 35 new racehorse owners that make up the 5 Hertford Street Racing Club.

John Gosden on Saturday made his own feelings clear when arguing it would make no financial sense to target Epsom with Hertford Dancer, who held a rating of just 76 when securing unlikely Listed laurels by defeating Ballydoyle raider Pocketfullofdreams.

Harry Herbert, whose family's Highclere Stud leases the filly to the syndicate, said: "She won't be running in the Oaks because of the cost of the supplementary entry – although it's fair to say the Oaks hadn't been at the forefront of our minds going into the Lingfield race, anyway!

"We took the view some of the Oaks trials were likely to attract small fields, so we devised a plan to have a go at one. Luckily for us the plan came off.

"Really we had been dreaming of a black-type place. We certainly didn't think we would win. I haven't spoken to the trainer yet, but we'll probably now look towards Royal Ascot and maybe a supplementary entry for the Ribblesdale."

Herbert, whose boss Sheikh Joaan shares Brametot with Gerard Augustin-Normand, said: "Jean-Claude had been quite positive about his chance when we spoke on Saturday, although he did say the horse will be better over further, so the Prix du Jockey Club will be his next assignment.

"In the longer term the Arc would very much be the hope, but let's take it one step at a time. It looks like Al Shaqab will probably have two runners in the Jockey Club as Al Wukair is also heading there."

FIRST PUBLISHED 3:52PM, MAY 15 2017
She won't be running in the Oaks because of the cost of the supplementary entry. It's fair to say the Oaks hadn't been at the forefront of our minds