Here's one you mustn't miss: Grade 1 scorer Apache Stronghold back in action

Making his first start since April 2015, the nine-year-old – who got closest to Vautour in the JLT Novices' Chase at that year's Cheltenham Festival – is likely to benefit from this comeback run according to his trainer, with potentially bigger targets in store.

Meade said: “He’s ready to run and he's done plenty of work, but he’s not going to be fully wound up. He's taken his work very well and we haven’t had any problems with him. We're looking forward to getting him back.”

One of the main dangers to Apache Stronghold could be Val De Ferbet, who will not be found wanting for fitness after an outing on the Flat last month.

Trainer Andrew McNamara, who has been among the winners recently, said: "He had a lovely run at Navan on the Flat and that should leave him spot on for this. His performance at Cork last season was fantastic and if he returns in that sort of form he should run well."

Regarding the eight-year-old's ideal surface, McNamara added: "He has form on good and heavy ground but he handles loose, soft ground, bearing in mind he has a bit of a wind issue." 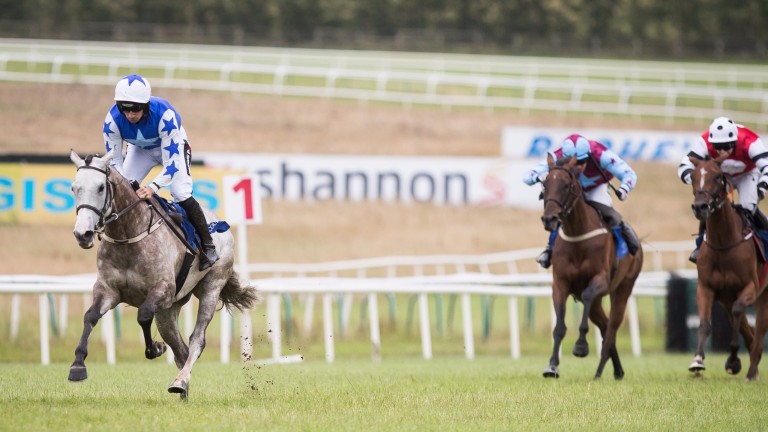 It could well be the ladies of Closutton leading the line for Willie Mullins as Asthuria and Ainsi Va La Vie both bid to strike against their own sex.

Listed bumper winner Ainsi Va La Vie perhaps hasn't shown her best on her two runs at Galway, with Mullins noting the move away from Ballybrit as a potential aid to the seven-year-old.

He said: "Ainsi Va La Vie wasn't impressive at Galway when winning her bumper and was disappointing there last time. We're hoping she can put all that behind her and go close.

"Bachasson is also in good nick ahead of his run in the Listed chase," he added.

Denis Hogan's Eiri Na Casca produced a scintillating performance over fences two weeks ago at Thurles and following a 10lb rise in that sphere the Boherna handler is now switching his eight-year-old to hurdles, where he could be handicapped attractively in the www.thurlesraces.ie Handicap Hurdle (2.40).

Competing on Thursday with a mark of 104 over hurdles – compared to his chase rating of 122 – Hogan expressed concerns about the gelding's technique over the smaller obstacles.

"He's more of a chaser than a hurdler and his mark reflects that," Hogan said.

"I dislocated my shoulder on him over hurdles at Roscommon before and I'd be concerned that he doesn't jump a hurdle anywhere near as good as he jumps a fence."

The rider and trainer added: "He wouldn't want the ground to turn really heavy but if he handles the conditions he could be well treated."