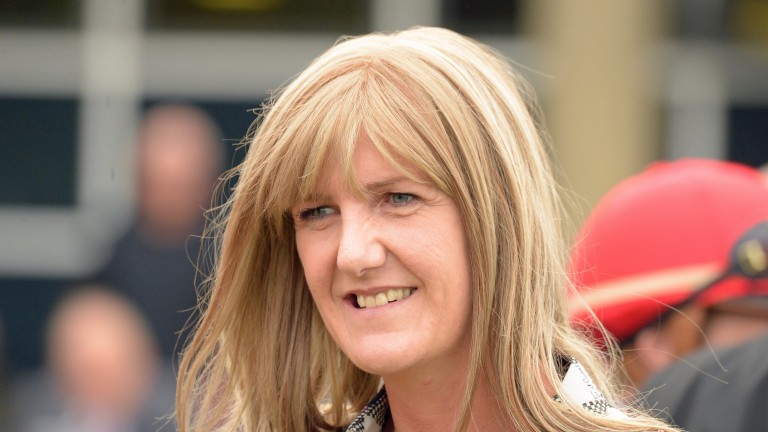 Trainer Rebecca Bastiman is recuperating at home after a fall on the gallops last week left her requiring emergency surgery.

Bastiman was riding Hayadh last Wednesday when the accident happened, and her father Robin reported she owed her life to her mobile phone surviving the impact of the fall.

"The main thing is Rebecca's fine," said Robin Bastiman on Wednesday. "Nobody really saw what happened, I wasn't there so didn't see it, but we think Hayadh stumbled and fell. He must have rolled on top of her and luckily she had her mobile phone.

"The horse must have trodden on it as it was bent up like a banana and the screen was shattered, but it still worked and the hospital staff said if it hadn't have been working she would probably have been dead.

"She had to have emergency surgery as she had internal bleeding."

He added: "She broke her arm and hand, dislocated her shoulder, has two cracked ribs and a hairline fracture to her pelvis.

"But she's tough as old boots and is back at home and fine. It could have been a lot worse and her mobile phone saved her."

Hayadh was unscathed in the incident and ran at Musselburgh on Tuesday, finishing third.

Robin Bastiman, who formerly held the licence at the family's Yorkshire stables, was given a three-year ban from the sport last August at a BHA disciplinary panel hearing, after he was found guilty of administering an illegal raceday injection containing the prohibited substance cobalt.

The former trainer, best known for his handling of dual Nunthorpe winner Borderlescott, revealed he has tried to have the terms of the ban changed so he can attend race meetings again, but has been unsuccessful.

"It's my life, I've been in racing for 50 years and miss my friends," he said. "I asked the BHA to reconsider, they spoke to the disciplinary committee and they've said the three years is right.

"I feel I've been made a fall-guy here and don't believe I've been treated fairly."

At the hearing, the panel found Bastiman to be "a most unimpressive witness". The panel concluded he had lied when giving evidence and was evasive on other matters when pressed in cross-examination.

Bastiman was told there was "little or no mitigation" in the case against him, and that his disqualification was "inevitable".

FIRST PUBLISHED 5:02PM, APR 3 2019
She's tough as old boots and is back at home and fine. It could have been a lot worse and her mobile phone saved her