Hensey quits post a month before start of major redevelopment 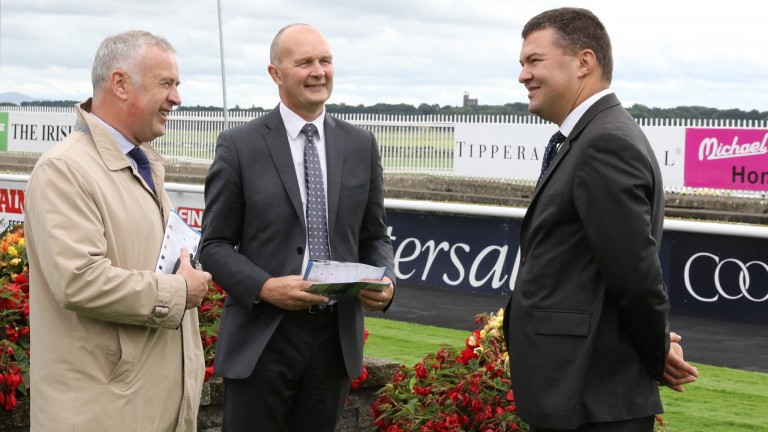 There will be more than structural upheaval at the Curragh next year after the shock announcement that director of racing Paul Hensey is leaving to pursue other interests after a 14-year tenure in senior positions, having only been appointed to his latest rank in May.

Hensey, who has no firm plans for the future, had been general manager at the Curragh since 2002, but the change in structure led to him being announced director of racing just seven months ago.

Despite the ambitious €65 million redevelopment of the Curragh's facilities being due to begin in January, Hensey, who has been an influential figure in the track's recent high-profile ventures – including the creation of Irish Champions Weekend – refuted a suggestion his powers have been diluted by the new entity.

"It's something that I have been thinking about for some time," he told the Racing Post. "From a career point of view, I have decided to make a break for better or worse. The timing is right for a move.

"I have always been a great believer in having a five-year plan. I'm 48 now and there is going to be a two-year transition period on the Curragh before the new facilities are ready to go. There have been a lot of changes here over the last couple of years; there is a new ownership structure, a new board, a new chairman and a new management structure.

"But I had my first conversation about this with the senior steward at the time, Neville O'Byrne, the week of Jack Hobbs' Derby [June 2015], so this is not something that has just happened out of the blue. I have been here nearly 15 years, and is another five or ten years doing the same thing going to enhance your CV? The answer is, probably not."

McGrath, who said he was confident the multi-million euro redevelopment would begin on schedule in January, acknowledged the timing of Hensey's departure was conspicuous. However, he was adamant it would have no bearing on the work that needs to be done.

"It is not entirely surprising," McGrath admitted of the revelation. "Paul has been a big part of the Curragh for a very long time, but, clearly, there was a lot of change going on.

"There was an opportunity there for him to be involved as director of racing. He has considered his own position and his own future and, I suppose, the time he has given to the Curragh, and he has decided to move on.

"When all the Curragh staff moved across from the Turf Club to the new company they all had the opportunity to consider what they wanted to do and he just decided to take a bit longer. Now he has decided to move on and we wish him well."

After 225 years, the Turf Club ceded control of Irish racing's headquarters to the new ownership vehicle. Its share was reduced to 33 per cent, with Horse Racing Ireland (HRI) assuming 33 per cent of the new entity, and the other third shared between some of racing's most influential investors, including the Coolmore triumvirate of John Magnier, Michael Tabor and Derrick Smith, plus JP McManus. Sheikh Mohammed, the Aga Khan and Moyglare Stud's Eva-Maria Bucher Haefner are the other private financiers.

The exact date of Hensey's departure has yet to be confirmed, but McGrath indicated that the position – or a version of it – would be filled.

The redevelopment will lead to a truncated Curragh season of 18 fixtures in 18 weeks between May and September, and McGrath added: "We are working with HRI and the Department of Agriculture to go through the evaluation for the capital guidelines and investment, so that is a process that is proceeding, but proceeding at the right pace. We are on track to begin in January and are confident we will."