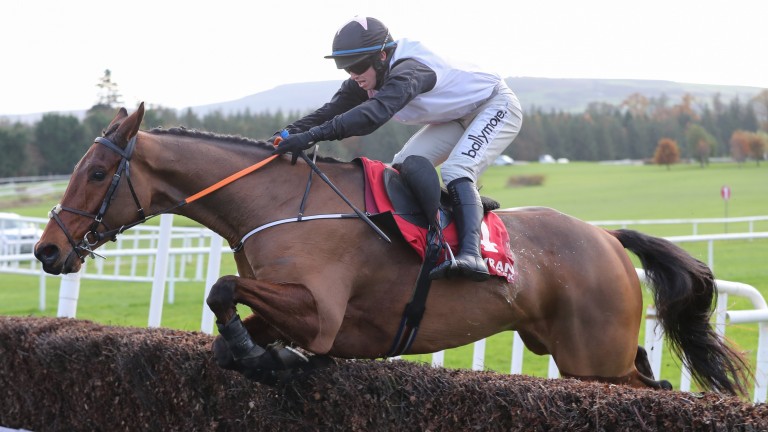 Bob Olinger: on course to appear at Punchestown on Sunday
Caroline Norris (racingpost.com/photos)
1 of 1
By Mark Boylan UPDATED 6:37PM, JAN 11 2022

All eyes will be on Punchestown this Sunday after Henry de Bromhead said Bob Olinger is on course for the Grade 3 Kildare Novice Chasie (2.20) – his first appearance since winning on his chasing debut at Gowran in November.

Last season's exceptional Ballymore Novices' Hurdle winner finished 16 and a half lengths clear of third-placed Master McShee on that occasion, with the Paddy Corkery-trained rival doing the form no harm when winning the Grade 1 BoyleSports Faugheen Novice Chase over Christmas.

De Bromhead opted against running Bob Olinger during the festive period, despite entries at Cheltenham, Ascot, Limerick and Leopardstown throughout December, and has been working on the Cheltenham Festival favourite's jumping ahead of Sunday's assignment. 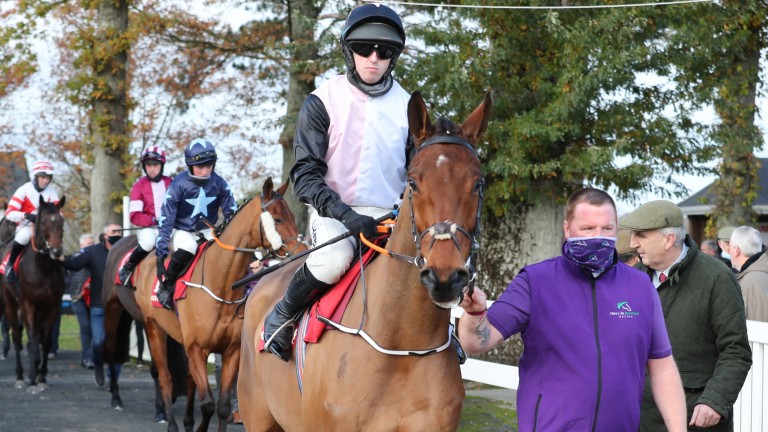 "He seems in good form and worked well this morning. There were a few options for him but this one stood out to us and we said we'd have a go."

Looking back on Bob Olinger's chasing debut, De Bromhead said: "He was good. I think you'd be entitled to comment on his jumping. It wasn't spectacular. It was fine. He jumped some really well but there were a couple he didn't jump so well. But it was good. He won. It looked a very good beginners' chase on paper. We'll take one race at a time."

Bob Olinger is 6-4 favourite for the Turners Novices' Chase at Cheltenham and De Bromhead added: "He's doing plenty of schooling. He's jumping fine at home, so we have no reason to worry about that, having had that experience behind him. We're looking forward to Sunday." 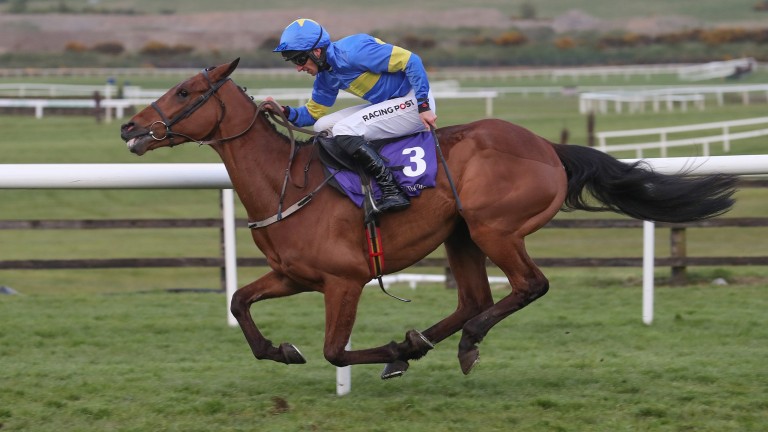 The Gordon Elliott-trained Gringo D'Aubrelle, third in the Challow Novices' Hurdle last time, is one of seven possible runners in the 2m contest. De Bromhead can call on Guily Billy, who bounced back from a shock defeat on his stable bow at Clonmel when bolting up in a Tramore maiden hurdle last month.

De Bromhead said: "Going to Punchestown was the next logical step for him after his last run. He's won his maiden hurdle, now we step forward and see. We'll learn more about him. It'll be extremely competitive but we'll take our chance."

FIRST PUBLISHED 6:00PM, JAN 11 2022
I think you'd be entitled to comment on his jumping. It wasn’t spectacular. It was fine

'I was happy to get to the end of the dance without standing on Pasquale's foot' Is Dysart Dynamo the next Douvan or Vautour? Unbeaten novice faces acid test Read what Henry de Bromhead has to say as the brilliant Bob Olinger returns 'It was a shame' - jockey misses out on winner after positive Covid-19 test 'His work was very, very good' - Shishkin set for Energumene clash at Ascot 'I should have checked' - trainer fined after buying wrong horse in sales mix-up