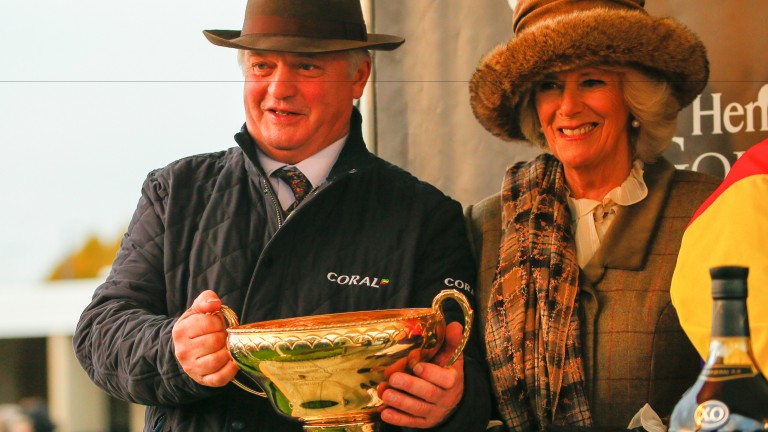 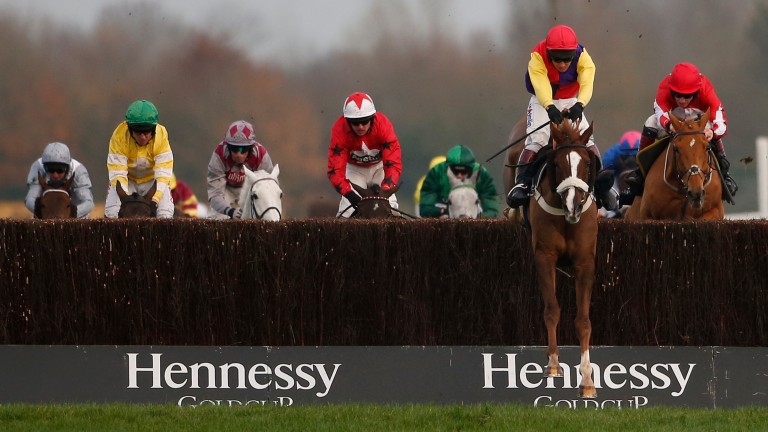 The anticipated succession of Ladbrokes-Coral to the sponsorship of the race known for 60 years as the Hennessy Gold Cup looks set to provoke a storm.

Horsemen’s Group chairman Philip Freedman warned racing's professionals would be "deeply upset" by the deal after it was confirmed Hennessy's sponsorship of Newbury's biggest race – the sport's longest continuous commercial partnership – had come to an end.

The Racing Post has already revealed Newbury has for some time been in talks with Ladbrokes – now merged with Coral – about backing jumping's most important handicap outside of the Grand National.

Such a move would anger many, according to Freedman, who also predicted "a distinct possibility of legal proceedings" if the industry succeeds in having a new levy replacement funding system introduced in April.

Given some sponsors would be reluctant to devote a large budget to a race linked to one brand for six decades, the enthusiasm of Ladbrokes-Coral has been well received by Newbury.

However, the independent track has also known it would face a backlash for agreeing such a high-profile deal with a non-authorised betting partner bookmaker.

Although deferring an announcement until April could ease Newbury's embarrassment, the track has always been sceptical about the principle behind the ABP model and also angered by the manner in which it feels it was steamrollered into existence.

Freedman said: "I think horsemen with a small 'h' who are supporters of ABP and also sponsors at Newbury would be deeply unhappy if there was a move by the course to take in a non-ABP sponsor. I don't know how many, but there will be a lot.

"It's a bit of a mess at present, as Newbury and several other independent racecourses are not tied into the ABP agreement.

"Even if the levy replacement mechanism is in place by April 1, I don't think any money will be flowing into racing's coffers as there is a distinct possibility of legal proceedings."

A spokesman for racing's tripartite structure said: "British racing – the BHA, RCA and Horsemen’s Group – confirm their continued support for the authorised betting partners initiative and that the payments from ABPs will be very important to the funding of British racing until the implementation of the replacement levy.

"We acknowledge that individual agreements are a matter for each rights holder."

Ladbrokes has lost the naming rights to both the World Hurdle and St Leger as a result of refusing to pay racing a share of offshore income on terms with which the sport could agree. One ironic consequence of Ladbrokes taking over the Hennessy would be bet365, a signed up ABP, having to give up its sponsorship of the two-day meeting.

Speaking to the Racing Post last week, Ladbrokes PR director Mike Dillon spoke hypothetically about the challenge for a new sponsor replacing Hennessy, given many fans of the sport still refer to Sandown's Bet365 Gold Cup as the Whitbread, even though the brewer pulled out 15 years ago.

Dillon said: "You need to look forward and also embrace the past.

"Hennessy's boots are big ones to fill but the longevity of the sponsorship tells you how successful they thought it was over the years. Everything will be dusted down and revamped. I think over time it will become leaner, fitter and better."

The 60th and final Hennessy, worth £200,000, was won by the Richard Johnson-ridden Native River.

FIRST PUBLISHED 1:49PM, DEC 6 2016
It's a bit of a mess at present, as Newbury and several other independent racecourses are not tied into the ABP agreement