Henderson triple-handed in race he has dominated 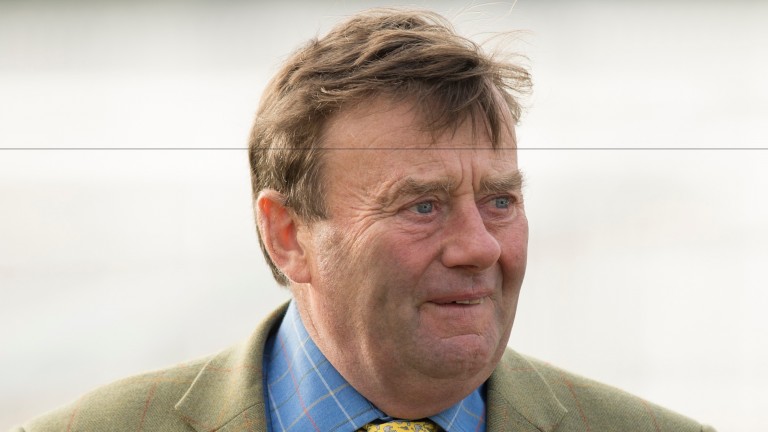 Nicky Henderson will aim to keep an end-of-year tradition going by maintaining his extraordinary strike-rate.

The trainer has won the introductory hurdle, a race for horses which have not run in more than one hurdle, nine times in the last ten years.

The only season he missed out in that period was in 2010 when future Champion Hurdle winner Rock On Ruby captured the prize in which Henderson saddled Kid Cassidy to finish third.

The race has been a stepping stone for a number of future stars with Henderson's former winners including Duc De Regniere, Khyber Kim, Dave's Dream and Quantitativeeasing.

Of today's seven runners Henderson saddles three, including the highly regarded William Henry who finished second at Cheltenham this month on his first run since April 2015.

Henderson said: "I haven't particularly had my eye on this but we will be trying to win it. It is just a race that suits. We have a lot of horses that have had their first run over hurdles. They are very good races. I could have run six.

"I do like William Henry a lot but I like Christmas In April a lot too. Not that there is anything wrong with Le Dauphin but he had a nasty fall the last time and we just need to get his confidence back.

"William Henry ran a very good race at Cheltenham. Christmas In April ran a bit too keen at Ffos Las the first time over two and a half. He wants dropping back to two miles."

David Simcock has only saddled two runners over jumps since he started training but Captain Morley, owned by JP McManus, has the potential to be the best of them.

He was rated 99 on the Flat and the Newmarket trainer said: "I think he will be an interesting horse. We had the option of going to Fakenham but decided the track would have been too tight for him.

"He has schooled well but he's a horse that benefits from one run going into another so whatever happens he'll be better for the run. He's taken to it quite well.

"If the right horse came around I like all types of racing. Having a jumper breaks up the winter a bit. At the end of the day he's a pretty good horse."

FIRST PUBLISHED 6:00PM, DEC 30 2016
I haven't particularly had my eye on this but we will be trying to win it. It is just a race that suits