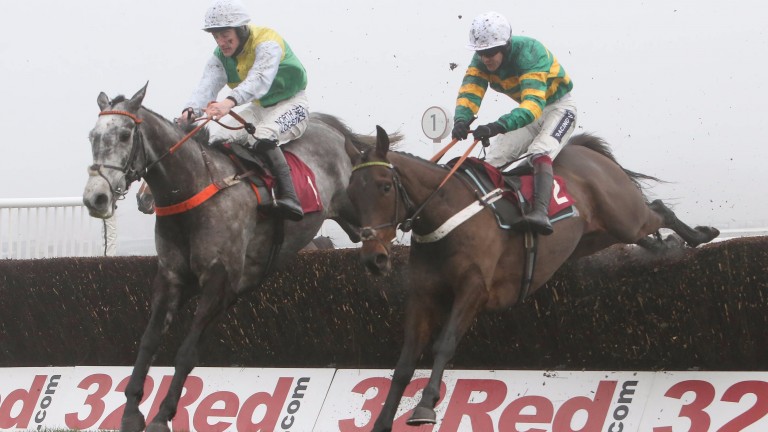 Nicky Henderson on Sunday said he would be keeping Buveur D'Air apart from Altior at least until the Cheltenham Festival after making an accomplished start to chasing at Haydock on Saturday.

He is a top priced 12-1 for the Arkle for which stablemate Altior is the 7-4 favourite, and 8-1 for the JLT Novices' Chase. The pair clashed at Cheltenham last season when Altior won the Supreme Novices' Hurdle, in which Buveur D'Air finished third.

"Buveur D'Air was impressive," said Henderson. "I suppose we expected him to be. Aidan Coleman said he liked him a lot. He is very sharp and he can only learn and improve from it.

"We have got to keep him and Altior apart before Cheltenham because it would be crazy not to. They don't need to take each other on now. Altior will go to Kempton and we'll have to see with Buveur D'Air. He can run in the odd small novice chase carrying a penalty. He will get further, we always thought that last year."

Henderson said it was too soon to be talking of Brain Power, winner of the Grade 3 Wessex Youth Trust Handicap Hurdle at Ascot, as Champion Hurdle material.

"He is edging out of handicaps but let's just keep our feet on the ground. I can't believe he is going into Champion Hurdle realms yet but he is going to have to come up another notch."

The trainer said he was awaiting further news on Captain Conan who was pulled up on Saturday with a pelvic injury.

FIRST PUBLISHED 6:04PM, DEC 18 2016
We have got to keep him and Altior apart before Cheltenham because it would be crazy not to. They don't need to take eachother on now