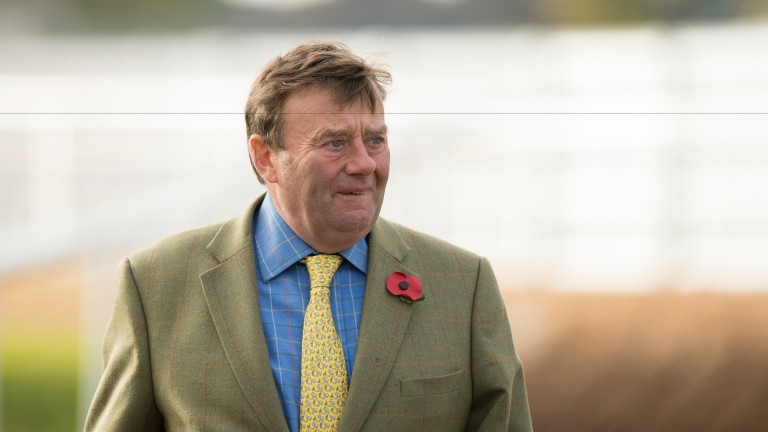 Nicky Henderson believes National Hunt racing is the only loser in proposals
Edward Whitaker
1 of 1
By Mark Scully 7:24PM, JAN 11 2017

Nicky Henderson says the thought of training without Kempton Park scares him to death and believes Sandown is not equipped to fill the void left by its intended closure.

The Lambourn trainer is a huge supporter of the Sunbury venue, which could be redeveloped for housing as soon as 2021 under plans unveiled by Jockey Club Racecourses (JCR), and on Tuesday he described Kempton as being "vital to the winter game".

Henderson accepts that the financial sums involved for JCR are significant and also that there is a bigger picture but feels he and other "defenders of National Hunt racing" must fight to save the venue.

"I don't deny that the figures are huge but National Hunt racing will be the big loser and, as I see it, everyone else is a huge gainer," he said.

"Its uniqueness is its ground and it always has been. You only have to look at Sandown last Saturday – we were in very soft ground where we had to withdraw horses because it rained overnight. Kempton this Saturday, it's good to soft. It's only two miles down the road but it's a completely different ball game."

The trainer also believes Kempton's feature contests will never be the same again if they are staged at Sandown, arguing: "Sandown can't take any more meetings. I know there's talk of pumping money into it but you can pump as much as you like in, you're not going to suddenly make it good ground."

"Take the King George for example – run it at Sandown and you completely change the race. We all love Sandown but that is the end of history as far as King Georges, or indeed Christmas Hurdles, are concerned."

Henderson also cited his late father Johnny's work with the Racecourse Holdings Trust (RHT), the forerunner to what would become Jockey Club Racecourses, in the late 1960s, noting the group's original intention had been to protect racecourses from redevelopment.

"I'd love to be able to talk to my father now," he said. "There's a race named after him at Cheltenham because of what he did and that is the tragedy. I'm being a sentimental old fool but the intention of the RHT was to save racecourses and primarily National Hunt courses."

Henderson drew comparisons with the development that saw the all-weather surface introduced at Kempton in 2005, plans that originally could have spelled the end of the National Hunt course.

"At that time we had a real battle because we would not give up the National Hunt track," he said.

"Luckily, we were successful and I think the marriage has been bliss but we have to be the defenders of National Hunt racing. We fought this the last time rather passionately and we're back here again."