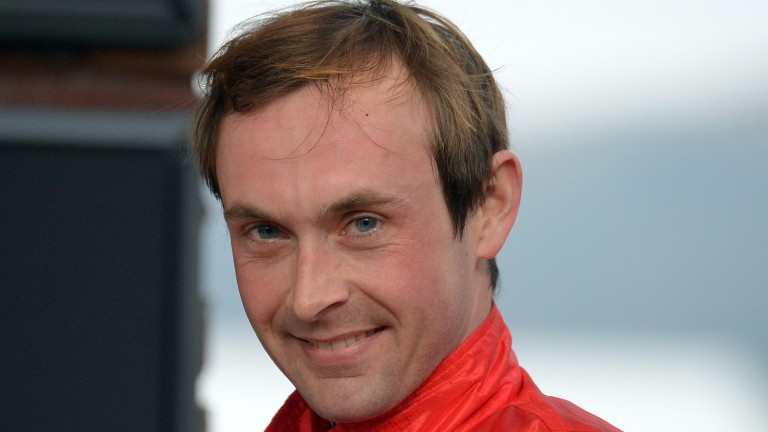 Nico de Boinville: has been sidelined for ten weeks after Cheltenham fall
1 of 1
By Scott Burton 8:17PM, FEB 2 2017

Nico de Boinville has been given the medical all-clear to return to action almost ten weeks after suffering a broken arm at Cheltenham.

During that time De Boinville has missed out on partnering 2015 Cheltenham Gold Cup winner Coneygree, as well as all three of Altior’s starts over fences.

“All along they have been very happy with the arm and everything has gone to plan, which is good,” said De Boinville on Wednesday. “I went to see the doctor this morning and I’m cleared and ready to ride again.”

De Boinville is in the hands of Nicky Henderson as to when exactly he resumes, though with Seven Barrows likely to be represented at Sandown, Musselburgh and potentially Wetherby on Saturday, it appears unlikely he will have to wait too long.

In terms of which day he is first jocked up, De Boinville said: “I’m not really sure. We’ll leave it up to the boss and see what he says and what he wants me to ride.”

Who gets the ride on Altior – the red-hot favourite for the Racing Post Arkle Chase on the first day of the Cheltenham Festival – remains an open question for Henderson and owner Patricia Pugh.

De Boinville steered the seven-year-old to victory in last season’s Supreme Novices’ Hurdle but has been forced to watch Noel Fehily aboard Altior in his first three chase starts.

FIRST PUBLISHED 3:56PM, FEB 1 2017
I went to see the doctor this morning and I’m cleared and ready to ride again