Forecast rain likely to change Cheltenham going to soft all over 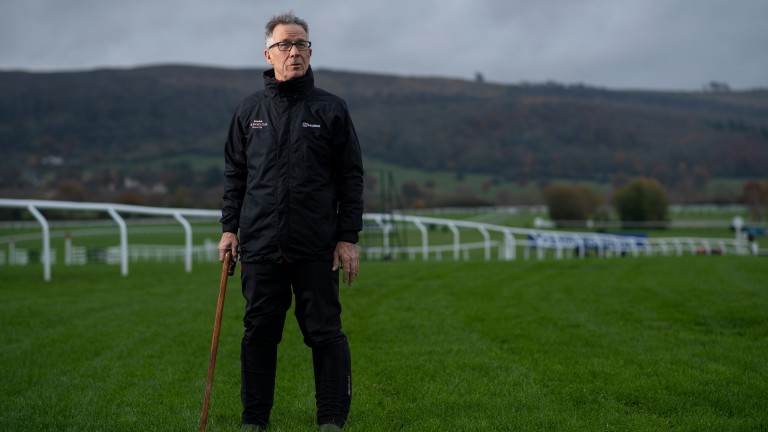 Clerk of the course Simon Claisse has introduced good to soft into the Cheltenham going description
Edward Whitaker
1 of 1
By Scott Burton UPDATED 12:43PM, MAR 8 2020

Cheltenham’s going improved to soft, good to soft in places on Saturday afternoon but rain overnight is likely to result in connections of runners for Tuesday declaring their horses on Sunday on soft ground.

Simon Claisse, head of racing and clerk of the course at Cheltenham, said: “Conditions have dried out a little, so it’s soft, good to soft in places on both the Old and the New courses. On the cross-country course, it is soft, heavy in places.

“We’re forecast some rain overnight, which should amount to around 4mm, and that will take us back to soft ground all around.”

Predictions have been made about potentially testing conditions for this year’s festival due to the wet winter weather and flooding in the local region.

“We wouldn’t describe the ground like we have if that wasn’t how it was," Claisse said. "Over the last week we’ve had professionals and course inspectors here and they are all in agreement with us.

“People will see that there has been an awful lot of rain and that there’s still some flooding in the locality and believe that it is going to be a lot softer, but as was shown on ITV Racing today, those who come here are surprised just how well the course has taken everything.”

He added: “We’re forecast in the region of about 3-4mm again on Monday night and then it looks like it’s mostly just showers for the rest of the week.” 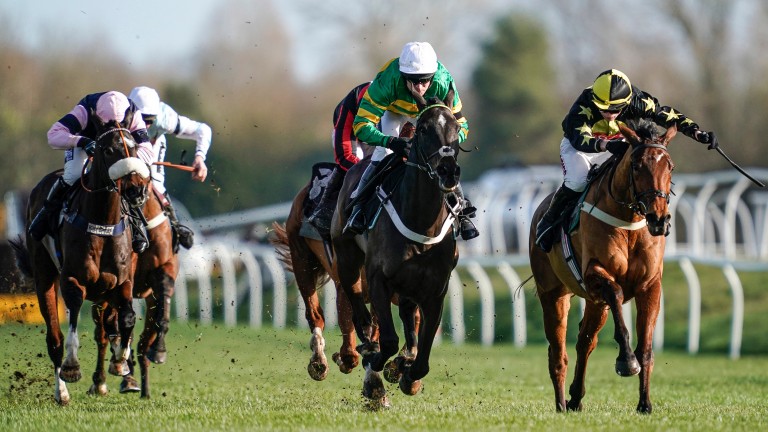 Chantry House, in the familiar green and gold of J P McManus, wins his Newbury prep race to set up a bid for festival success
Alan Crowhurst

Nicky Henderson has no problem running Chantry House in Tuesday's Sky Bet Supreme Novices' Hurdle, a race in which he is also represented by Shishkin and Allart.

The market for what had already looked the novice race of the week has been thrown into turmoil by the news that Gordon Elliott is considering the Supreme for Envoi Allen, rather than Wednesday's Ballymore Novices' Hurdle over an extra half-mile.

With Sporting John set to represent owner JP McManus in the Ballymore, Chantry House has been confirmed for Henderson's Supreme squad.

"They've got Sporting John in the Ballymore so it's a matter of splitting up the troops," said Henderson on Saturday. "The complexity of the race changes because of Envoi Allen. I've got Shishkin as well, not to mention Allart, who I think is a good horse.

"They've got Sporting John in the Ballymore, so it's a matter of splitting up the troops," said Henderson on Saturday.

"The complexity of the race changes because of Envoi Allen. I've got Shishkin as well, not to mention Allart, who I think is a good horse.

"But I'm perfectly happy with Chantry House in there. You're going to have to stay; it’ll be hard work on Tuesday."

Shishkin is a general 11-4 shot for the Supreme. Chantry House is a best-priced 8-1 with William Hill and Allart 25-1 with the same bookmaker.

Envoi Allen's final destination will be determined after trainer Elliott walks the course on Sunday morning and discusses conditions with owners David and Patricia Thompson, of Cheveley Park Stud.

Chris Richardson, managing director of Cheveley Park Stud, said: "Gordon is walking the course in the morning and it's a question of what happens with the rain, so I'm not in a position to comment on which race Envoi Allen will run in.

"It's a pain it's had to be left so late because of the rain, and we're a little in the same position with A Plus Tard, although the Ryanair is still favoured. The decision will be made after everyone has spoken."

In recent days Henderson has been leaning towards running Mister Fisher in the Racing Post Arkle on Tuesday in preference to the Marsh Novices' Chase, but today he stressed that no final decision had been made.

"He does want good ground and it's a difficult one," Henderson said. "I haven't spoken to the owners and no decision has been made yet. He's been schooling very well and he’s been working very well."

Rain is expected in the Cotswolds before the start of the meeting but the forecast is likely to be largely dry through the four days of the festival, complicating any calculation as to when the best ground might be on offer.

Allaho has been the horse for money in the RSA Chase on Saturday morning after Willie Mullins confirmed in his Racing Post column that the six-year-old's target was Wednesday's race instead of Thursday's Marsh Novices' Chase.

Ladbrokes and Coral are both 4-1 from 9-2 about Allaho in the RSA, while he is easy to back in the Marsh. 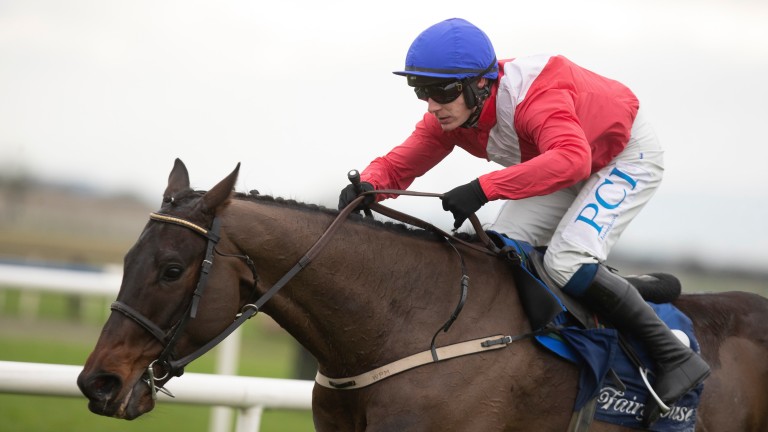 Allaho is unbeaten in two starts over fences
Patrick McCann

Mullins said in his column: "He looked very good when winning by a wide margin at Fairyhouse on his second start over fences and while he's also in the Marsh Novices' Chase, the RSA is his target."

Opposition to the Mullins-trained Carefully Selected in the National Hunt Chase appears to be growing, with the Tom George-trained Springfield Fox 7-1 from 10-1 with Paddy Power. The trainer's son Noel George has been booked on the seven-year-old, who won at Exeter by 17 lengths last time.

Keith Donoghue: two miles no trouble for Envoi Allen - he would win the Champion

FIRST PUBLISHED 9:58AM, MAR 7 2020
I'm going to change that to soft, good to soft in places on both the Old and the New Courses this afternoon