Henderson hoping to find a late Present under his tree 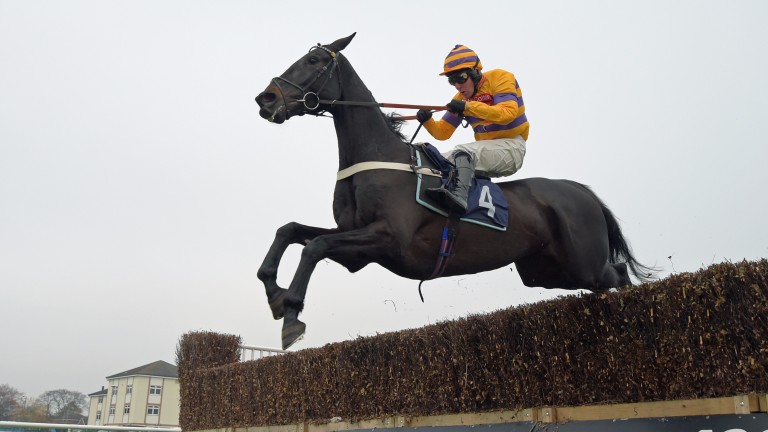 Nicky Henderson has won this five times in the past decade and relies on Gold Present to extend his domination after his impressive winning start over fences at Doncaster last month.

Twice a winner over hurdles, he jumped well on the whole to outrun favourite Drumlee Lad over 2m3f on Town Moor and should appreciate this extra distance.

Tom George, who landed this two years ago with Stellar Notion, fields the more experienced Max Ward, who also ran out an easy winner on his own debut over fences at Huntingdon in November.

Not surprisingly, the seven-year-old was found out when taking on Gold Present's mighty stablemate Altior in the Grade 1 Racing Post Henry VIII Novices' Chase at Sandown next time, and he should find this more his level.

Sizing Tennessee (third) and top-weight San Benedeto (unseated) clash for the second time in succession after their efforts behind Whisper at Cheltenham last time.

Despite its competitive nature, the race has been kind to punters, with five favourites or joint-favourites having won it in the past ten years.

Five and six-year-olds have held sway in this in recent years.

Paul Nicholls, trainer of San Benedeto
He's been running well of late and we expect the flat track and good ground will suit him.

Colin Tizzard, trainer of Sizing Tennessee
He's gone very well in his last two runs and he will have a nice chance in his first handicap over fences.

Nicky Henderson, trainer of Gold Present
I liked the way he did it at Doncaster. He was very good and his jumping got quicker. Good ground is what he wants and he is a lovely big horse who has been waiting for this game.

Tom George, trainer of Max Ward
He had a nice run around Sandown behind Altior the other day and should like stepping up in trip. It's competitive, as you would expect, but he goes there with a nice chance.

Chris Gordon, trainer of Remiluc
The trip was a bit short for him last time and this extra half-mile should suit him better. He goes there in good form and his jumping is improving.

FIRST PUBLISHED 6:00PM, DEC 25 2016
I liked the way he did it at Doncaster. He was very good and his jumping got quicker