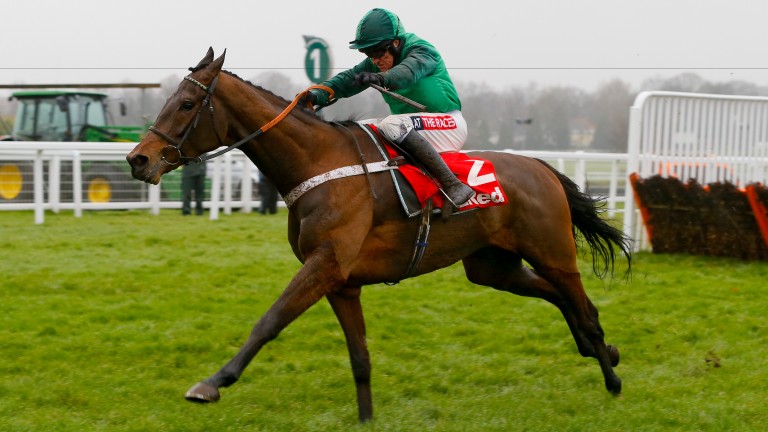 Nicky Henderson admits he has yet to determine the optimum trip for the returning L'Ami Serge but hopes the Grade 1 place-getter can make a winning seasonal reappearance at Exeter today.

He faces only two rivals in this contest and Henderson is keen to get the six-year-old back on the track.

"He's been in good form and sets a good standard," said Henderson. "I'm not sure this is the right way round for him but he doesn't mind the cut in the ground.

"Trip is still the guessy part for him. He's always looked as if he might get two and a half and then you go there and he suggests he's not getting it. However, he looks great and we're looking forward to getting him out."

The champion trainer is realistic about the task facing Le Prezien, with L'Ami Serge officially rated 7lb his superior, but suggested the benefit of a run could make the difference.

"We'll have to improve a bit to beat L'Ami Serge but I suppose we've had a run and he's not," he said. "I suspect he'll be in good form fresh though and he's is clearly the one to beat."

The field is completed by Oscar Sunset and his trainer Evan Williams offered little to suggest the race is anything other than a match between the two principals.

He said: "We're massively outclassed but it's a lovely race and these graduation chases deserve a bit of support. They're a big help to us, so we're going there to support the race more than anything else."

Both Williams' rival trainers echoed his sentiments regarding the importance of graduation chases, with Henderson adding: "People will say there are only three runners but these races are vital."

FIRST PUBLISHED 6:00PM, DEC 14 2016
He's always looked as if he might get two and a half and then you go there and he suggests he's not getting it