Nice work: Henderson and Nicholls congratulate each other for OBEs 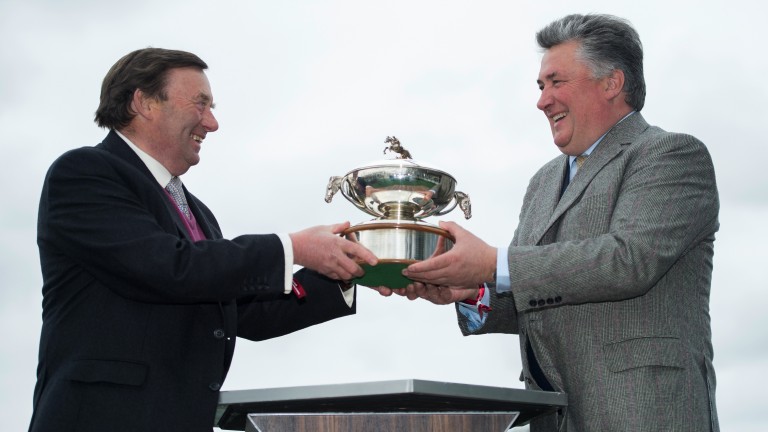 Nicky Henderson and Paul Nicholls may be great rivals on the track, but the two training legends exchanged celebratory messages after both were awarded an OBE in the New Year Honours List.

Neither of Britain's dominant jumps trainers – who between them have been crowned champion on 16 occasions – is thought to have known the other was also being recognised, despite being informed of their respective honours weeks ago.

Henderson said: "Paul sent me a congratulatory message and I sent him one back saying it was great for racing, which it is. I'm pleased for him."

As racing reacted to a strong presence on the 2020 list, there was an overriding feeling of satisfaction two giants of the sport had been recognised.

Alan King, who has frequently gone toe-to-toe with Henderson and Nicholls in the biggest races over the years, said: "It's wonderful and they totally deserve it. It's great the sport is getting recognised as well and I'm delighted for them."

Grand National-winning trainer Oliver Sherwood is based down the road from Henderson's Seven Barrows stable in Lambourn and added: "I've known Nicky since 1978 and am delighted for him, as I am for Paul. It's great for racing they've been recognised." 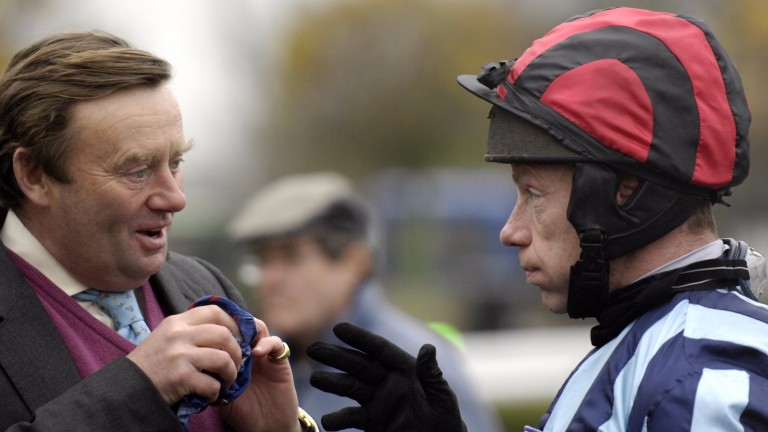 Mick Fitzgerald shared one of his career highlights with Nicholls when winning the 1999 Gold Cup on See More Business, but it was his long-standing partnership with Henderson that enabled him to become one of the most successful jump jockeys of all time.

"I worked with Nicky for 16 seasons and he was a proper gent, even when I gave horses bad rides," he said. "He never said anything because he knew it was about giving everyone around him confidence, making them feel the best – that's what he's like.

"A lot of people just see the man on the racecourse training lots of winners, but he's a genuinely nice guy and I'm absolutely made up for him. It goes without saying he's a brilliant trainer, as his record at the Cheltenham Festival shows."

Henderson and Nicholls have also played huge roles in inspiring the next generation of trainers, with many assistants at Seven Barrows and Ditcheat branching out on their own after learning from the best.

Dan Skelton, Nicholls' number two for nine years, said: "It's fabulous for the pair of them. It's great and they are unbelievably high achievers.

"Their longevity is incredible and they're both champion trainers who set the bar so high for the rest of us. It's great Her Majesty and the honours committee have recognised what we in the industry know as two outstanding people."

Trainer Tom Symonds, who was Henderson's assistant for five years, said: "Congratulations Nicky. It's for racing but his charity work is also unbelievable and I'm very proud to have been associated with him."

FIRST PUBLISHED 4:40PM, DEC 28 2019
Their longevity is incredible and they're both champion trainers who set the bar so high for the rest of us