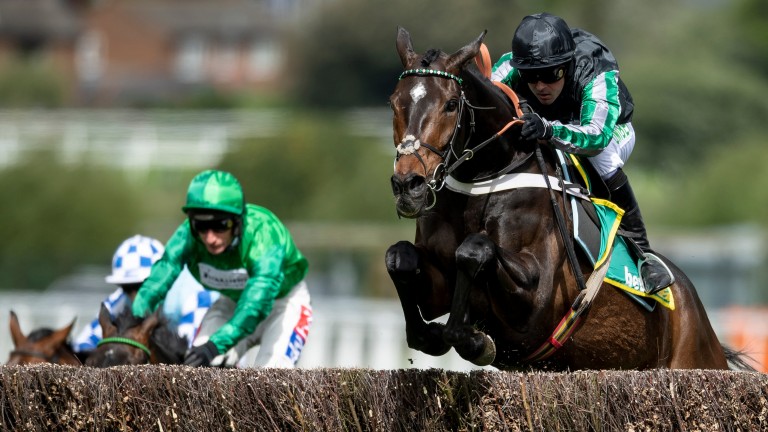 Nicky Henderson on Saturday gave the clearest indication Altior would not be part of the Christmas treats at Kempton this month when all but ruling his stable star out of the Ladbrokes King George VI Chase.

The nine-year-old, who suffered his first defeat in 20 when dethroned by Cyrname in the 1965 Chase at Ascot last month, had been a general 7-1 for Kempton's most important race.

But the five-time champion trainer labelled the chances of Altior, who races in the colours of Patricia Pugh, lithrning up as "extremely unlikely" after he exercised under Nico de Boinville on Saturday.

Speaking from Cheltenham after Mister Fisher had landed the novice chase, Henderson said: "Nico rode him this morning and I've spoken to the Pughs. It wasn't as if he didn't work well, it was satisfactory and he worked with two very good horses, but Nico said he felt a bit flat and wasn't doing his normal mojo.

"I've spoken to Pat as I arrived here and we are saying the King George is extremely unlikely. He's not out, but it's unlikely. Whatever happens next doesn't matter today and if anything changes I will say, but I'm not going to gallop him tomorrow.

"I think it's unlikely to change and we don't want to put him into another fierce battle because we might undo everything. We've still got lots to consider and he'll tell us when he wants to come back.

"He'll have to keep working and if he finds his wings have suddenly sprouted again then who knows, but for the moment that wasn't what Nico and I – and the Pughs – were hoping for."

Henderson, deflated but not defeated, offered no alternative for the son of High Chaparral and insisted all options were open, playfully raising the possibility of the four-time Cheltenham Festival hero reverting to hurdles for the Unibet Champion Hurdle in March, although he stressed the news did not mean the end of Altior's three-mile venture.

He added: "In our heart of hearts we wanted to run in the King George and it's disappointing we have to say this, but it's better saying it now.

"His work wasn't disappointing but Nico's feel from him wasn't what we wanted and we've got to look after the horse, who is the most important part of the equation.

"What we do next I've no idea. We had a plan, which isn't forthcoming as I see. Three-mile races are hard to find and it's going to be hard. We're going to have to sit down and regroup.

"It's not the end of the three-mile plan, but the King George was the one we wanted. I'm gutted that we almost certainly won't and so is Pat Pugh and Nico – we were dying for it."

Reflecting on Altior's defeat behind Cyrname, the highest-rated jumper in Britain, Henderson went on: "He hasn't got over it. He had a hard race and was very tired. You couldn't say he worked badly this morning – they all finished together – but normally he'd disappear past them and into Wantage. Nico said he just hadn't got over it.

"It wasn't a tougher race than I expected – it was a tough race. We knew that and I knew it'd be a big question to get him back." 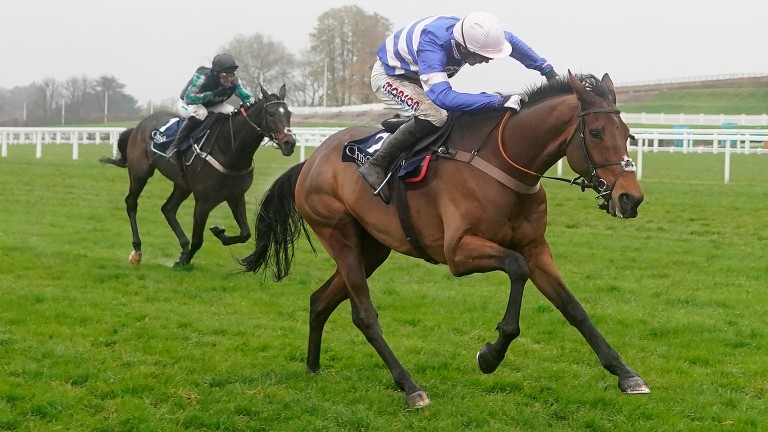 Kempton's Ladbrokes Desert Orchid Chase, the day after the King George on December 27, could be a slot for Altior, who hosed up in the Grade 2 last year.

Henderson also acknowledged dual Champion Hurdle winner Buveur D'Air, another of his leading lights, was up against it for the festival and admitted the thought of running Altior in that race had crossed his mind.

"I would rule nothing out and someone yesterday suggested the Champion Hurdle, but let's see what happens in the International Hurdle today.

"We've lots to think about, but I don't think we've got Buveur D'Air for that. I think the chances of him in the Champion Hurdle are like Altior in the King George – extremely unlikely.

"Altior's the fastest horse I've got in the place. Barry [Geraghty] rode a horse the other day on the gallops and said he'd never seen anything like Altior, but that was before Ascot. I think Altior wasn't as straight for Ascot as I thought he was and consequently he had a harder race, which showed.

"If you throw him into a King George you know you're getting a hard race and he's looked after us 19 times, so I'm not going to abuse him. I'm going to have to leave everything open and the Desert Orchid is not a complete impossibility."

FIRST PUBLISHED 2:13PM, DEC 14 2019
He'll have to keep working and if he finds his wings have suddenly sprouted again, then who knows