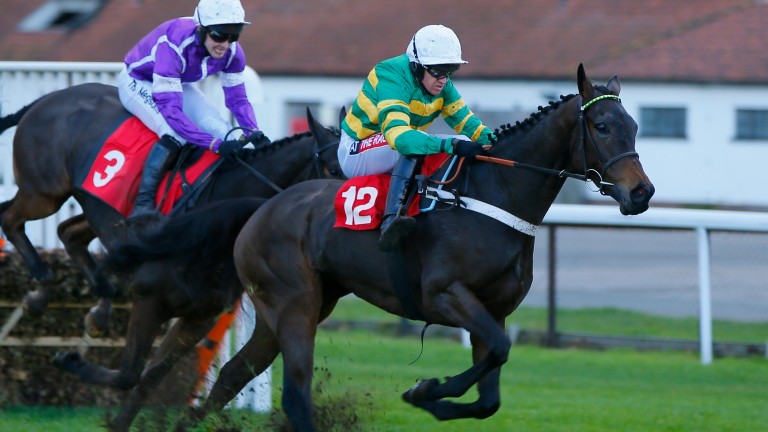 Epatante: "We have kept her away from anything too grand so we didn't get a penalty"
Mark Cranham / racingpost.com/photos
1 of 1
By James Burn UPDATED 6:07PM, MAR 13 2019

Not quite the kitchen sink, but Willie Mullins is throwing plenty at the festival's newest race as he seeks to add to the victories of Laurina, Let's Dance and Limini.

She runs in the colours of Barnane Stud, which enjoyed top-level Flat success last season with Urban Fox. 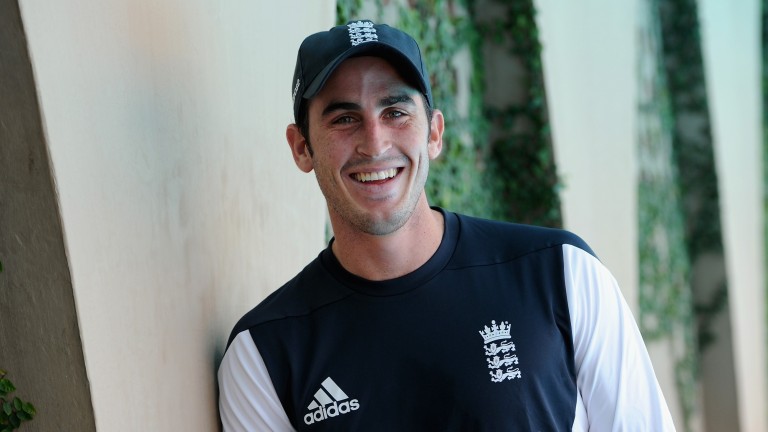 It is a breeding operation run by former England cricketer Craig Kieswetter and his family.

"To have Ruby on is a bonus," said the wicket keeper-batsman, whose career was cut short through injury.

"We all know the sport and anything can happen, but we're all excited. We're more into the Flat, but to have a jumper at Cheltenham is very exciting.

"Willie doesn't give much away and has been keeping his cards close to his chest, which is probably a wise move knowing my younger brother Ross, who can get overly excited at these things!

"Kudos to him though as he's been pushing for us to get a jumper. It's great fun going to Cheltenham; having a runner is even better."

Kieswetter, who briefly turned professional at golf, added: "I'll definitely be having an each-way punt. She's been in good form and hasn't done anything wrong."

Even finding the right one from among Willie Mullins' contingent is tricky– good luck in this one, punters!

Sinoria more than an able deputy?

Honeysuckle was among the leading ante-post fancies for this race until she was ruled out last week, but connections have a super sub in Sinoria.

De Bromhead said: "It was disappointing Honeysuckle had to miss the race but we're lucky to still have a very good filly running. She's won her last two starts very nicely and goes there in great form."

Nicky Henderson appears to have a fine chance of ending Mullins' domination with Epatante, who is held in sky-high regard by the champion trainer.

Owned by JP McManus, the French import has oozed class on her two British starts, leaving her a warm favourite for this. 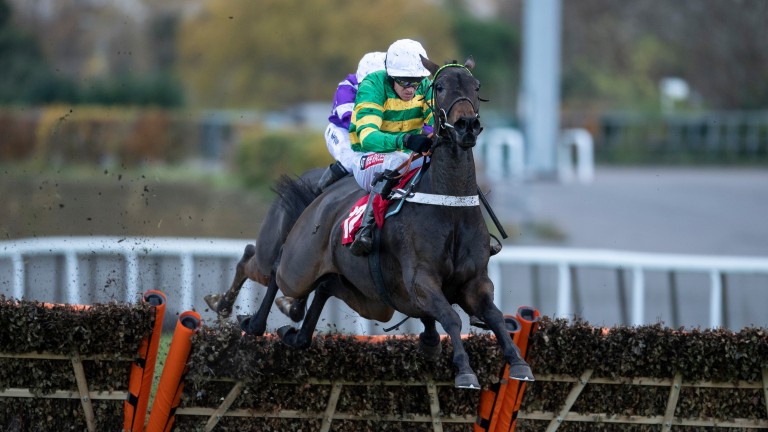 "Epatante has always worked very well and she's won her two races very easily," said Henderson. "We've kept her away from anything too grand so we didn't get a penalty.

"She wears a hood as she's been a bit keen; it's to help her through the preliminaries really."

Henderson also runs Elusive Belle, who is also hooded,and was impressive at Wincanton in January before pulling too hard at Sandown last time.

ASeven Barrows trio is completed by Lust For Glory, who has looked promising with two novice hurdle victories this season.

"Elusive Belle was excellent the first time and then too keen at Sandown," Henderson added. "She has all sorts of aids on her now and should be much easier to hold given the gallop they're going to go.

"She's hugely talented, as is Lust For Glory, who is very good on good ground, but she has a lot of gears and they don't work as well in soft ground."

Stuart Edmunds, trainer of Queenohearts
The trip is a bit short but the ground will suit and I think the stiff uphill finish will suit, so if she can hang on to them from the bottom of the hill she'll be all right.

We’vewon all three runnings of the Dawn Run Mares Novices Hurdleand we’re firing seven bullets at today’s race in the hope that one of them might join Limini, Let’s Dance and Laurina on the roll of honour.

My Sister Sarah is Ruby's pick and is two from three over hurdles. She's always shown us plenty at home and is in very good form. Elfile jumped very well when winning at Punchestown and a similar round today will give her every chance.

The form of Allez Dance's win at Punchestown means she'll need to improve, but she won nicely and we think she has improved since. She shows us plenty and could go very well.

Sancta Simona is smart and has good form but I'm a bit concerned that the ground might be slower than ideal for her, while Buildmeupbuttercup will need to step up considerably on a disappointing effort last time.

Eglantine Du Seuil hasn't run since September but she's a hardy sort who will like the ground, while Concertista will be having her first run for us and her first over hurdles.

Pat Fahy, trainer of Awayinthewest
I think I have her back in top form. Her prep hasn't been entirely straightforward, but she worked at Leopardstown and seemed to go well, so we're here and ready to go. She's plenty of experience. She shouldn't be a novice at all really as she was unlucky a couple of times in maiden hurdles. We'd be hopeful of a big run.

Alain Couetil, trainer of President Line
She ran at Taunton and as they'd had a lot of snow and the ground was very heavy, I asked Alexis [Poirier] not to be too hard on her under a big weight. She'll have to adapt to Cheltenham but jumped well the other day at Taunton.

David Bridgwater, trainer of Dame Du Soir
I think she could outrun her odds. She bolted up at Leicester but then I think we made too much use of her in testing ground at Fontwell. She's got to go a long way to get involved in the finish, but she's a nice mare and I really like her. It'll be a nice day out for everyone and I'm hoping she has more behind her than in front. She could run all right with a bit of luck.

Kim Bailey, trainer of Diamond Gait
On form she'll finish fifth or sixth and that would be pretty good. She's a good-ground horse, so conditions won't help her.

Jessica Harrington, trainer of Emily Moon
Hopefully, she has a little squeak. It's a competitive race but she has an each-way chance.

Paul Webber, trainer of Indefatigable
We think she's improved for each run and she looks as though she's improved form her last run at Doncaster. She's going to need to have done, but if she has I think she's got a great each-way shout. I took her out at Haydock in December because the ground was very heavy, but she ran well to be third to Relegate in a bumper at Punchestown on testing ground. Derek O'Connor rode her and said he could tell where the heavy bits were on her. I think she'll be fine on soft ground, but we'd be worried if it was more extreme.

Epatanteis more about style than substance and she faces her first proper test over hurdles, but she looks a very smart prospect and has to be feared. However, there are plenty of interesting alternatives at the prices.Sinoriaknuckled down well to beat a good rival at Punchestown last month and is preferred, with other likely players includingPosh TrishandLust For Glory, who are closely matched on Newbury form. Willie Mullins has won all three runnings of this race and he fields seven runners this time round but the betting suggests there are no apparent superstars among them.
Steve Boow

Read The Briefing from 8.30am daily on racingpost.comand the Racing Post mobile app with all the day's latest going, weather, market moves and non-runner news