Hemmings saddened by loss of National hero and great friend 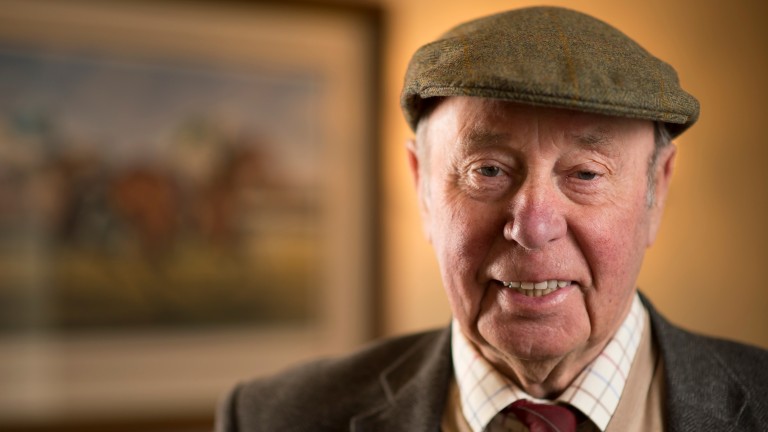 Many Clouds ended his life as Britain's leading chaser having produced a career-best performance in defeating Thistlecrack at Cheltenham on Saturday.

As owner Trevor Hemmings yesterday hailed the "superb" run by the 2015 Grand National winner, the Racing Post learned the gallant gelding's accomplishment would have been recognised by a rating 1lb ahead of the King George VI Chase winner and Timico Cheltenham Gold Cup favourite.

The BHA does not publish a new rating after a horse's death but in its weekly revisions Thistlecrack's official mark was left unchanged at 171 by head of handicapping Phil Smith, who previously had Many Clouds on 166.

Many Clouds collapsed shortly after fighting back on the run-in to land the BetBright Trial Cotswold Chase by a head and could not be saved. A post mortem showed he died after suffering an internal bleed.

On Tuesday Hemmings, who was not at Cheltenham, spoke warmly of the horse he had picked out at the sales and who would spend the off-season with his owner and his two retired Grand National winners on the Isle of Man.

"He will be sadly missed but I would rather remember him for all the successes because he became a great pal. I live in the Isle of Man and he's always had his holidays here. I used to go and pat him on the nose every day along with his other two friends Hedgehunter and Ballabriggs.

"He used to go in the paddock with them and so the day after we lost him I went to the paddock to lean on the fence and patted the other two on the nose, which was my way of saying to them 'Sorry, we've lost your friend'.

"I've had him since he was a foal. I got him in Ireland. He resembled at that time Cloudy Lane and because of that he caught my eye and he grew up to not only be a Cloudy Lane but better than Cloudy Lane. It was lovely."

Cheltenham yesterday confirmed it would explore whether there would be a way to remember Many Clouds, who won the Cotswold twice, at next year's Cheltenham Festival Trials Day. Aintree could also be involved in any discussion.

Hemmings said he would have his own memorial for Many Clouds at his home.

"I'm going to have him cremated and get his ashes here and I shall place him somewhere where I can visit him with a little plaque to say who he was and a little bit about what he'd done," he said.

He also praised trainer Oliver Sherwood and ITV Racing for the way they handled the loss of Many Clouds, who also won the 2014 Hennessy Gold Cup in a career that featured 12 wins and seven seconds from 27 starts.

"Oliver was well composed and did an excellent interview and ITV4 were excellent," he added. "You couldn't have asked for better, more sympathetic coverage, more respectful coverage. I've spoken to Leighton Aspell, who was very emotional about the loss of the horse. He was the only jockey that horse had on his back, other than his work rider.

"Many Clouds was superb on Saturday. It was sad we had to lose him. I've lost horses before and they've been good ones. It's only the good ones that seem to go. You notice them more because of their successes."

FIRST PUBLISHED 4:44PM, JAN 31 2017
Many Clouds has given me and all those people that followed him a lot of great moments. He will be sadly missed but I would rather remember him for all the successes