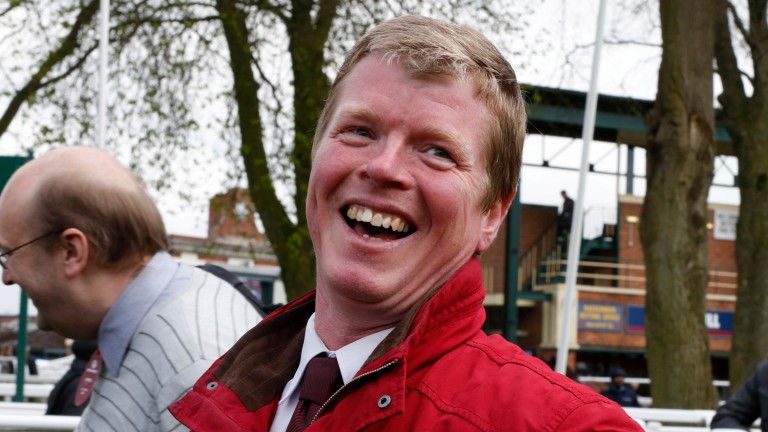 Any trainer landing a winner with a progressive three-year-old bred by his wife has reasons to be cheerful, but when John Gallagher achieved the feat at Lingfield this month he may have felt he had used up all his good fortune in one fell swoop.

The gratitude he felt towards the bold filly Quench Dolly should certainly have been of the eternal variety, after she not only ignited hopes of a big season ahead but also saved his marriage in the process.

"It turned out well because it was our 16th wedding anniversary and I'd forgot to get the wife a present," says the slightly sheepish 50-year-old.

"So I said she should come racing with me and Dolly, and it turned out to be the best day ever. We had a meal up in the restaurant, they looked after us very well, Dolly won and Rebecca was over the moon."

Rebecca was happy, John was happy, but if there was one dark cloud it was the margin of victory, a yawning six lengths, which ensured a hefty hike in the ratings.

But at least wasn't as bad as the eight-length gulf by which the daughter of Hellvelyn had been allowed to romp home three days earlier, and for which jockey Fergus Sweeney received rather more than sweet nothings in his ear. 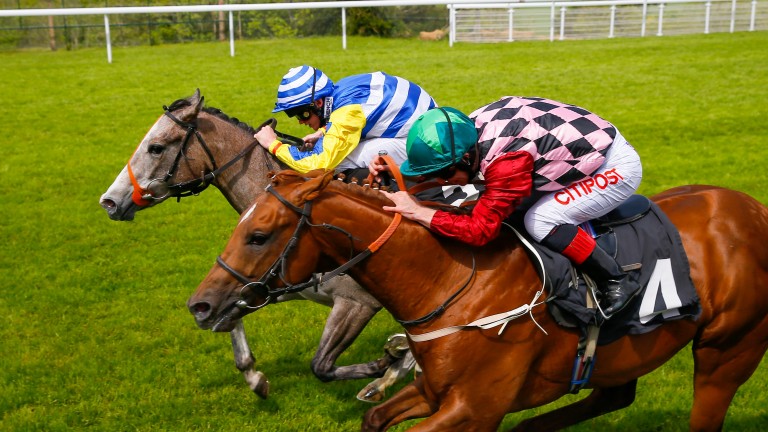 "At Leicester I thought she'd run okay, but I never expected her to do what she did," smiles the man from Chastleton, deep in Cotswolds jumping country.

"I had to go to Ffos Las and I listened to it on the phone in the lorry on the way back, so when I found how far she'd won, I asked Fergus what he'd thought he was doing.

"He said she'd pinged the gates and he just sat there, then when he gave her a flick two out, she just took off and he didn't realise how far clear she was until he looked up at the big screen. I told him he should have looked up sooner."

With his hand forced into the Lingfield run, Gallagher put talented 5lb claimer George Buckell on board to offset the penalty, and the result was the same. "Deja vu" is how the trainer describes seeing his emerging star rumble to another mighty victory and her lenient mark disappear over the horizon.

"To be honest, when she went up from 73 to 92 it was no more than I expected," he shrugs, happy enough now to be gunning for a rather bigger pot, the Betway Sprint Trophy at Newmarket on Saturday, in the glare of the ITV cameras, with Sweeney now forgiven and back on board.

"She's got to take on these good three-year-olds if she wants to keep going the right way.” 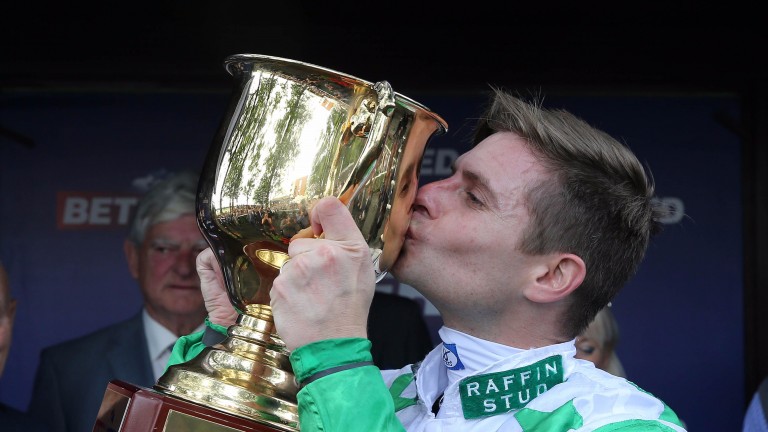 Fergus Sweeney, pictured after winning the 2015 Sprint Cup at Haydock, is reunited with Quench Dolly at Newmarket
John Grossick (racingpost.com/photos)

Quench Dolly, owned since her yearling days by the highly enthusiastic Quench Racing Partnership, has gone from five furlongs to six, from Class 5 to Class 2, with impressive ease, which may have surprised anybody who saw the promise of her narrow debut success at Goodwood and subsequent victory in a three-runner race at Brighton rather tail off last back-end.

It hasn't, however, surprised her trainer, who has watched her develop beyond recognition through the spring at Grove Farm Stables.

"Physically she's twice the horse she was last year," he says, full of admiration for the filly whose four-time winning dam Hollybell was gifted to the couple by her former owner, the late Deirdre Yeats Brown, and whose progeny have now won eight races for them.

"She's still not very tall but she's like a bull, looks more like a colt than a filly, as broad as she's high and a proper little sprinter.

"The last two races she's had were hardly races, she hasn't left any feed since she came back, she hasn't lost any weight, and on the gallops she's nearly running away.

"Time will tell. She'll let us know if she's reached her ceiling, but she's a bouncing, happy little horse at the moment and when you get these fillies in a good place you've got to let them do their work on the racecourse.

"If she goes and wins I'll have another conundrum, but it wouldn't surprise me – and what a nice conundrum it would be."

FIRST PUBLISHED 6:00PM, MAY 19 2017
The last two races she's had were hardly races and on the gallops she's nearly running away