'He'll make a splash in 2021' - horses, jockeys and trainers to follow this year 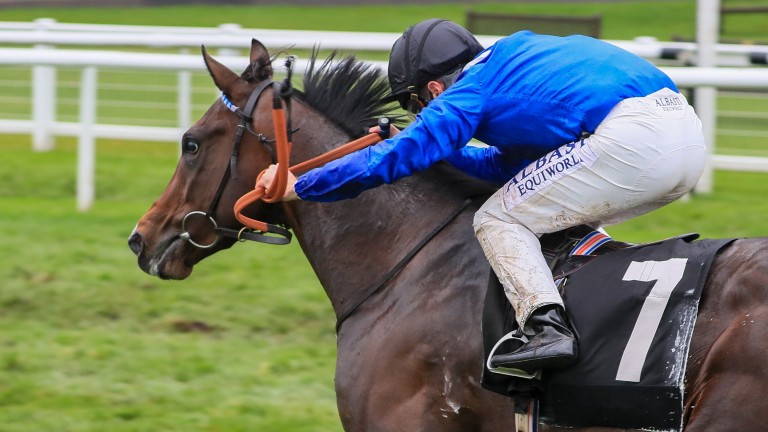 Aidan O'Brien appears to have a stranglehold on the 2021 Derby market but there could be a diamond in the rough lower down the antepost listings in Cleveland, whom Seamie Heffernan described as a 'Derby type' after landing a Curragh maiden impressively in November.

The Camelot colt out of Irish Oaks and Pretty Polly Stakes runner-up Venus De Milo clearly handles an ease in the ground but is a lovely mover and should prove just as effective on a sounder surface than the heavy going he excelled on when last seen.

The Coolmore homebred looks quite a raw individual and is open to any amount of improvement as he develops physically next season, and is likely to  have little trouble making his presence felt in the early Derby trials.

He could be overpriced at 50-1 for the Epsom Classic, albeit plenty of water will go under the bridge between now and then.
Mark Boylan

At one stage last season, the opinion was that Aidan O'Brien's two-year-olds were not up to much, the stop-start nature of the season seemingly throwing the juveniles off balance somewhat.

However, the juveniles finished the season strong, with High Definition, St Mark's Basilica, Van Gogh and Monday impressing in the final throes of the campaign.

Santa Barbara, who landed a back-end Curragh maiden over a mile, looks one to keep the right side of this year.

As far as debut efforts go, they don't come much better than what she posted under Seamie Heffernan, who heaped praise on the Camelot half-sister to Iridessa and Order Of Australia.

It would not be a surprise to see her confirm herself a smart middle-distance prospect this season.
Brian Sheerin 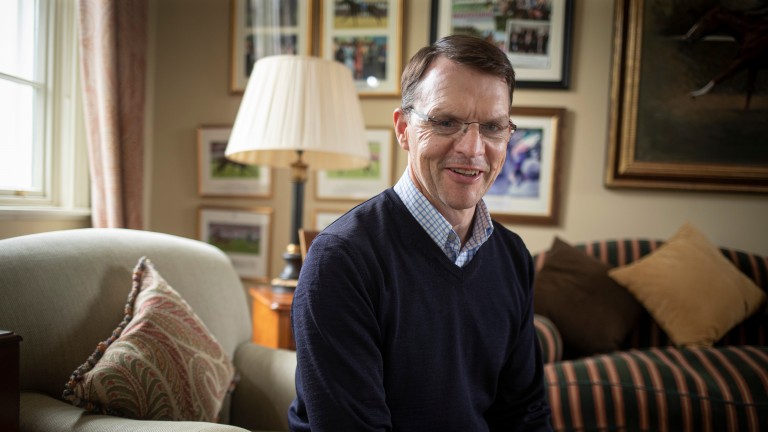 The star trainer and stallion may enhance their race record in the 2021 edition with Joan Of Arc, who shaped promisingly when a fine second at Dundalk in November under tender handling and will undoubtedly improve from two to three.

A full sister to winning milers Gleneagles, Marvellous, Vatican City and Happily, the 1,000 Guineas looks the perfect early season target for Joan Of Arc and given she's yet to break her maiden, a healthy price should be in store.
Tom Collins

The stamina in Muhaarar's pedigree – he is out of Linamix mare Tahrir – may have deceived some breeders as it emerges in his progeny, but few will worry if he passes on his talent as well and that could be the case with Horris Hill winner Mujbar.

Trained by Charlie Hills, who handled Muhaarar flawlessly, Mujbar bolted up on soft ground at Newmarket before an honourable fourth in quicker conditions in Doncaster's Champagne Stakes.

That looks sound form and the juvenile stepped up to win the Group 3 Horris Hill on heavy ground, which might be what he needs, while he ought to get further given the game way he kept on at Newbury.

His half-brother Massaat was a Group winner who finished second in the 2,000 Guineas in 2016, while their relative Eqtidaar was a high-class sprinter who landed the 2018 Commonwealth Cup at Royal Ascot.

Expect Mujbar to make a splash in 2021, especially if there is rain around.
James Burn

He made an unbeaten start to chasing with two wins at Carlisle this season, where he has impressed with his accurate jumping and strong staying power.

He was foot-perfect on his chase debut when beating subsequent Sandown winner Alnadam and followed up with a decisive ten-length success stepping up to 3m½f next time in handicap company.

Trainer Rose Dobbin looks to have unearthed an exciting staying chaser for parents Duncan and Sarah Davidson to take to the spring festivals.
Andrew Dietz

Arguably the 'find' of the jumps season so far, it's been impossible not to be impressed by Kevin Brogan.

He simply oozes confidence in the saddle, and has a 22 per cent strike-rate with 14 wins from 64 rides. 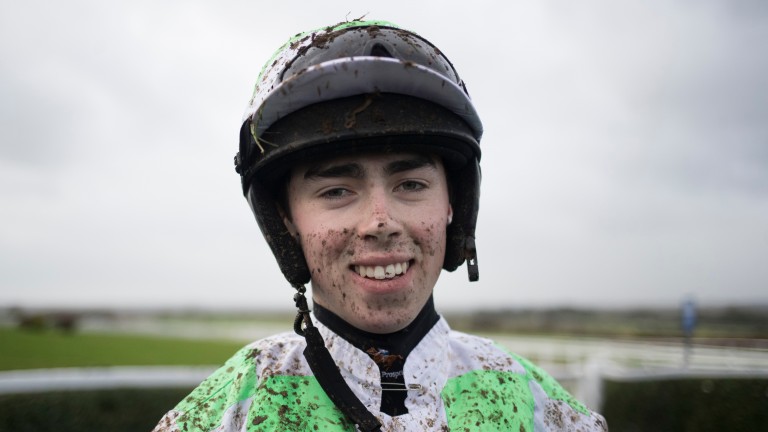 Kevin Brogan: has made a big impression since moving to Britain in the summer
Patrick McCann (racingpost.com/photos)

His two victories on Sehayli at the end of last month showcased his qualities in riding a patient race from off the pace, while The Composeur's success at Exeter was a masterclass in getting a horse to switch off, jump fluently, and set Rolex-type sectionals from the front.

The Composeur's trainer Jonjo O’Neill will continue to give him plenty more opportunities as anything the rider can claim is a gift.

We're going to hear a lot more of Kevin Brogan in 2021.
Richard Birch

Things have certainly clicked for the conditional rider this season with ten winners from 70 rides ensuring it is already a best campaign.

Buckley has a 17 per cent strike-rate for boss Charlie Longsdon with four winners and nine other first-four finishers from 24 rides, but his exploits on the Johnny Farrelly-trained Breffniboy have helped boosted his profile.

Tracker Tuesdays: 'She has bags of ability' – four handicap hurdlers to keep a close eye on

Buckley is 4-4 on the handicap hurdler, most recently gaining a first success at Cheltenham last month, and the conditional looks fair value for his 5lb claim.

He is one of the tallest jockeys in the weighing-room whose stature has grown significantly since joining Donald McCain.

With Henry Brooke out injured, the conditional, who is on the cusp of reducing his claim to 5lb, has been thrust up to second in command behind Brian Hughes at McCain's powerful stable and should continue to cash in on the plentiful opportunities.

His strength is a key asset and a healthy rivalry with younger brother Fergus, who has enjoyed great success with Main Fact, should help them both progress in 2021.
Andrew Dietz

These two young Newmarket-based trainers have made fine starts to their careers, and expect them to take another step forward in 2021.

Zoetic rose through the ranks for Ferguson and ended the season contesting the Cheveley Park, while Mystery Angel went from a Wolverhampton maiden winner to being placed three times at Pattern level. Both trainers returned healthy strike-rates for the year and are yards to note.
David Baxter

Since taking over the licence from Madeleine Tylicki during the summer, Kinirons has made a good start with his small string, registering three winners to the end of the turf season, including twice with handicapper Helen De Pourtales.

He also had a couple of nice two-year-olds to show some promise at the end of the season in Sir Sedric and Hanbags N Gladrags. His horses should be worth following in the Flat season.
Justin O'Hanlon

For reasons of decorum or whatever, it is rarely discussed what constitutes a positive or negative trainer change. For those of us who spend a lot of time on the question, Morgan should be coming up a lot more in conversation. 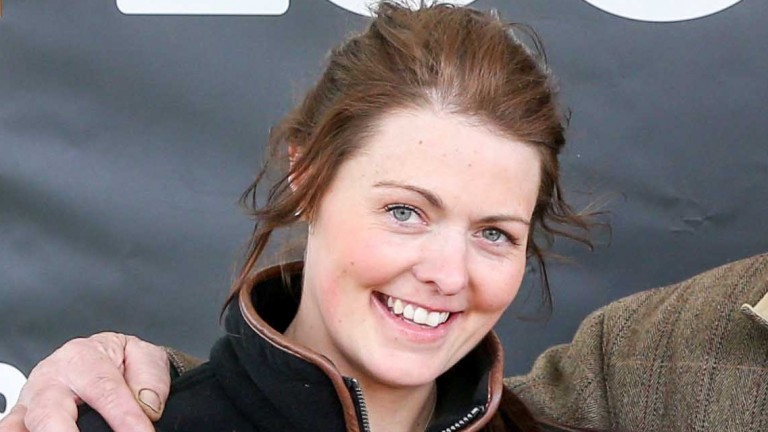 Morgan has been quietly doing her thing for a few years now, but a couple of plunders in the last month with new recruits could be a sign that ambitions are being raised.

She got a win out of Overworkdunderpaid – something Charlie Longsdon could not manage in 19 attempts – on his stable debut at Hexham in December. Expect more to have their flame rekindled at Morgan's yard in 2021.
Keith Melrose

Alain de Royer-Dupre has proved throughout his illustrious career that he is as good a trainer of people as he is horses, and Stephanie Nigge looks set to be his latest graduate to the training ranks to really make a mark.

Nigge has already achieved a Group 3 breakthrough in 2020 with the exciting Normandy Bridge, who rounded off a fine juvenile season when finishing runner-up to Van Gogh in the Criterium International.

While the son of Le Havre lacked the raw speed to match the winner, he showed a great attitude to battle back for second after looking booked for fourth, with a mile and a quarter looking easily within his compass.

In addition, Nigge gave promising debuts to a couple of nice individuals for top owner-breeder Gerard Augustin Normand in Millebosc and Vrigny, both of whom could have bright futures.
Scott Burton

Record-breakers of 2020: how O'Brien, Galileo and Frost took their achievements to even greater heights

FIRST PUBLISHED 11:00AM, JAN 5 2021
That looks sound form and the juvenile stepped up to win the Group 3 Horris Hill on heavy ground, which might be what he needs

Joan Of Arc sparkles in France but this Prix de Diane was frustrating to watch 'He oozes class and backed up an emphatic maiden win really well' BoyleSports eye Hills shops in bid to significantly increase UK presence Former Racing Welfare chief executive Sir John Kemball dies aged 82 'The meeting was sure to be off. We were only coming here to have lunch' RIP Arthur Shone - sadly for racing, we truly won't see his like again