Friday Action ONES TO WATCH

Three runners who catch the eye across Britain and Ireland 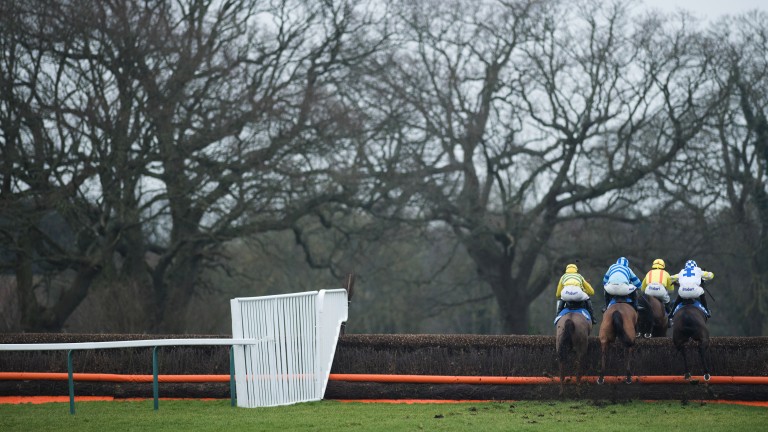 Giveaway Glance and Kentford Heiress head the weights for the Southern Cranes and Access Mares Handicap Hurdle (2.20) at Fontwell, with the latter bidding to avenge last season’s defeat in the 2m3f race.

Trainer Alan King expects Giveaway Glance to show improvement from her last run over course and distance but the jury is still out on whether she stays the trip.

He said: “I’m hoping for better from Giveaway Glance. She was running a good race over course and distance last time only to weaken from the last. I think she needed the run and is worth another try at the trip, but we’ll bring her back to two miles if she doesn’t get home this time.”

Although beaten a long way when fourth at Warwick last time, she often saves her best efforts for Fontwell.

Haggas out on the Toon - again

William Haggas has struck with his last two runners at Newcastle and sends just one entry to Gosforth Park in a bid to extend the sequence on Friday evening in the shape of Island Of Life (6.45).

The daughter of Dubawi, following in the hoofprints of stablemates Deputise (4-5), a scorer on November 3, and Sweet Nature (7-2) who followed suit earlier this week, takes her chance in the Ladbrokes Home Of The Odds Boost Fillies' Handicap (6.45) over 6f.

Formerly owned by Godolphin, Island Of Life was having just her first run back after wind surgery when looking an unlucky loser at Kempton last month.

Slowly away that day, the four-year-old ran into plenty of traffic when trying to deliver her challenge late on, only to be beaten just two lengths into fifth by Alsvinder, trained by David O'Meara.

Facing just seven opponents, Island Of Life will be unlucky to encounter such problems again and is fancied to register her second career success.

Few Dundalk regulars have a bigger following than Damian English's Geological. The 800gns purchase has won more than €100,000 since joining English’s stable, recording wins over 6f, 7f and 1m at the County Louth track, and he looks to have solid claims in the feature Floodlit Friday Nights Handicap (8.00) on Friday.

O'Brien, who also runs Pedisnap in the race, was crowned leading Winter Series handler at Dundalk last season and is a 1-2 shot with Paddy Power to repeat over the coming months.

Michael Halford, who runs Katiymann in the Friday feature, can be backed for the title at odds of 9-2 while English is available at 25-1.

FIRST PUBLISHED 6:00PM, NOV 8 2018
Going to Warwick is all about getting him started with a view towards the business end of the season next spring