Hedley Lamarr not one to be trusted if like his namesake 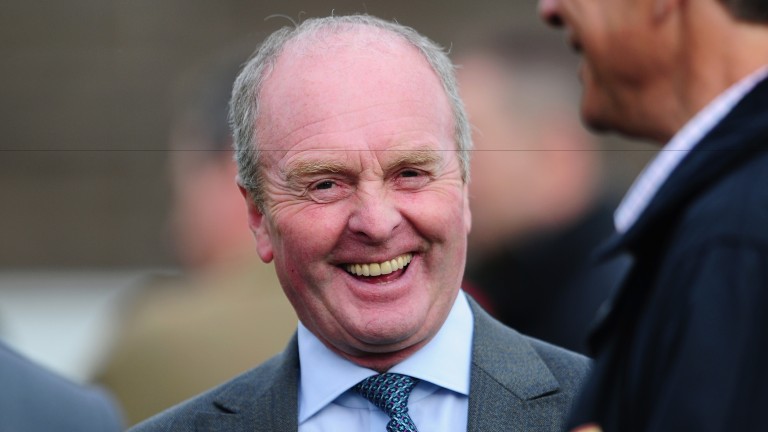 A notice sometimes used to appear in betting shops - "Watch Your Bets". It was when two horses with similar names were running on the same day. On Thursday there could be the same notice without the closing 's'. "Watch Your Bet."

Punters backing Jonjo O'Neill's runner in the novice chase at Leicester (2.10) might easily write Hedy Lamarr instead of Hedley Lamarr. It goes to show how much difference an ‘l' and an ‘e' can make.

Neither of them were horses - that came later - but Hedy Lamarr was the celebrated one, a beautiful Austrian-born actress who famously took her clothes off in Ecstasy (1933) and put some of them back on again to play Delilah in Samson and Delilah (1949).

Popular with men - she married six of them, the final one being her divorce lawyer - Lamarr didn't have a high opinion of them. "American men seem to be interested in only two things," she observed, "money and breasts. It seems a very narrow outlook."

Lamarr got fed up with being cast as a perpetual seductress with few lines. "Any girl can be glamorous," she remarked. "All you have to do is stand still and look stupid." So she became an inventor, as well, and was good at it. She invented improved traffic lights and an advanced guidance system for torpedoes. Her later life was difficult but improved posthumously when she was inducted into the National Inventors Hall of Fame.

Hedley Lamarr was a very different character, a man rather than a woman and a fictional one. Played by Harvey Korman, Lamarr was the evil State attorney general in Mel Brooks's crazy comedy western Blazing Saddles (1974). Lamarr recruited Nazis and members of the Ku Klux Klan to help him with his devious schemes but ended up getting shot in the groin.

It was pretty obvious that Hedley Lamarr wasn't Hedy Lamarr because when the character Governor William J Lepotomane says, "Thank you, Hedy," Lamarr replies, "It's not Hedy, it's Hedley; Hedley Lamarr."

That didn't stop Hedy Lamarr sueing Warner Brothers for $10 million. She didn't get anywhere near that but Warner Brothers gave her something and apologised for "almost using her name".

Not one to trust

Hedy Lamarr didn't believe in life after death but the same year that she died, 2000, she became a racehorse in New Zealand. It didn't suit her. She ran only twice, unplaced.

All that's just a long way of saying that if you want to back Hedley Lamarr make sure you don't back Hedy Lamarr, instead. Not that, judging by the seven-year-old's performances over fences so far, you will want to back him. If he's anything like his namesake, you wouldn't trust him.

Another word of caution. If, sticking to the Wild West theme, you are tempted to back Go West Young Man in the same race, bear in mind that - how shall I put this? - Henry Daly's nine-year-old appears to lack the will to win. Jumping bigger obstacles doesn't seem to have improved his outlook. Still, trainers like a challenge.