Heavy ground at Carlisle while going improves at Nottingham 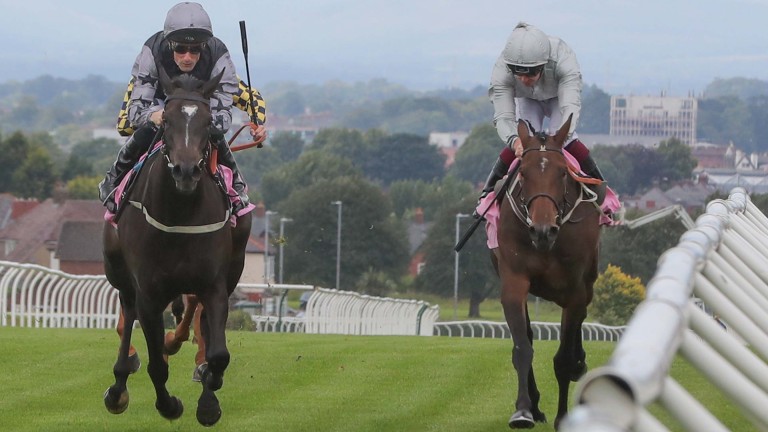 Who would have thought in the middle of August that the ground would be heavy for this evening's card at Carlisle?

Just the 81mm of rain hit the track between Friday and Monday morning and the forecast suggests there may be a shower early this afternoon.

Perhaps there was a need for an all-weather meeting after all and the Lingfield fixture has been rewarded with bumper fields.

Two rarely sighted Class 7 races attracted a full quota of 14 declarations after entries of more than 40, while confirmation that the nights are drawing in can be found in the 'evening' meetings starting at 4.55 and 5.10 and finishing by 8 and 8.15.

Plans for Oaks winner Anapurna are discussed and the National Hunt Chase at the Cheltenham Festival has been altered after this year's renewal, in which there were only four finishers.

Roaring Lion is recovering in Australia from a potentially fatal attack of colic and owner Sheikh Fahad's racing manager David Redvers has the latest news on the shuttling stallion.

The Postcast team look back and forward in the weekly round-up.

Salisbury has a big race on Thursday and Charlie Fellowes has a leading contender, which he discusses in the video below.

It is another round of Champions League qualifiers and the team has the latest news and top tips as well as those for the EFL Cup first round ties.

Ralph Beckett has sent out eight winners this month, including his last two runners, and sends a team of six around the country on Tuesday. His final runner – Noble Music (Carlisle 6.15) – is unsurprisingly the shortest in the betting as he was third to Bangkok and Telecaster on his only previous outing in a Doncaster maiden in March.