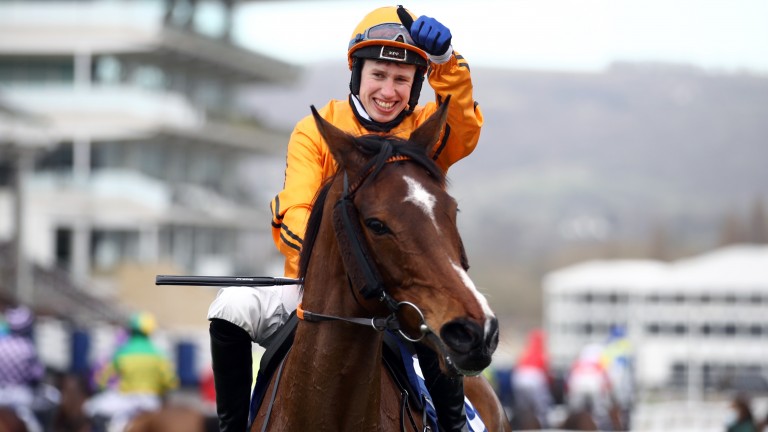 Heaven Help Us conquered Cheltenham with one of the feel-good stories of last season and the popular mare makes her return in a clash to savour against fellow festival star Telmesomethinggirl.

Paul Hennessy is rightly still basking in the glow of an extremely popular Coral Cup triumph with his homebred seven-year-old.

Having caused a 33-1 upset at last season's meeting, the John Turner-owned mare begins the current campaign as a 14-1 chance with some firms to land the Close Brothers Mares' Hurdle in March. 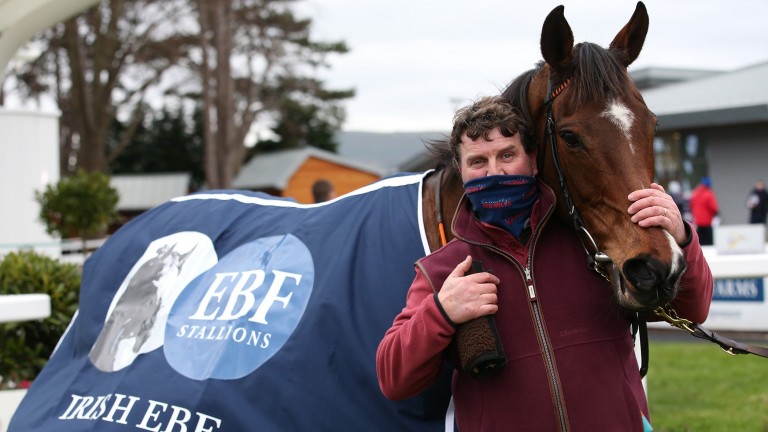 Paul Hennessy on Heaven Help Us: "She's the easiest horse to do anything with"
Caroline Norris (racingpost.com/photos)

"The whole journey with her has been a dream. From the very start to right now, it's been nothing short of amazing."

He added: "We tend to just stumble from one race to another and all that we hope is for her to be able to get into a race at Cheltenham in March, taking it from there.

"The Mares' Hurdle looks an obvious target but we'd never rule anything out and the Coral Cup again could be an option depending on her handicap mark."

There's plenty of depth to this Listed event beyond Heaven Help Us with the impressive Henry de Bromhead-trained Mares' Novices' Hurdle winner Telmesomethinggirl also lining up. 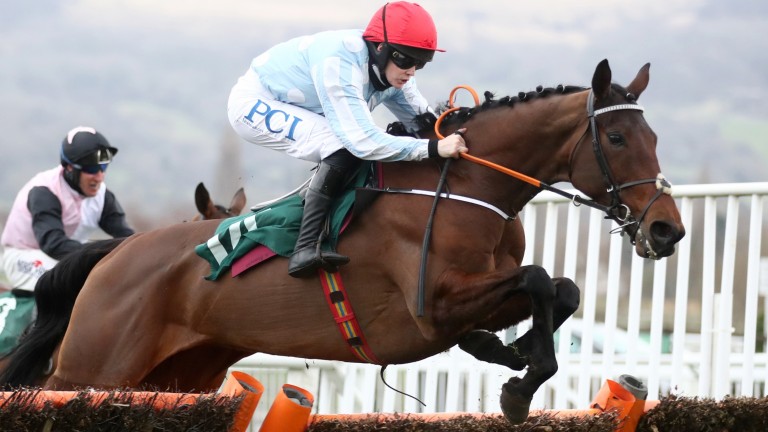 Telmesomethinggirl: bolted up at the Cheltenham Festival under a brilliant ride from Rachael Blackmore
Pool

The highly regarded Peter Fahey-trained Royal Kahala also holds strong credentials in a competitive nine-runner affair, with Hennessy hopeful of an encouraging run from his star.

"Heaven Help Us has summered very well and I'm delighted with her," he said. "She's in good order and is ready to start off. We took her to Tipperary the other day for a schooling bumper and Danny [Mullins] was delighted with her. As long as he's happy, that'll do me.

"We'd be delighted if she just runs well. She's the easiest horse to do anything with. She wakes up at the races and does her job."

A tilt at the Mares' Hurdle is also a potential long-term target for
Telmesomethinggirl, according to owner Kenny Alexander's racing manager Peter Molony.

"Naturally you'd like to hope we could end up there in March if everything went to plan," he said.

"Henry is keen to get a run into Telmesomethinggirl. She's being aimed at Leopardstown this Christmas [for the Grade 3 Advent Insurance Irish EBF Mares Hurdle] so we're happy to get her out ahead of that. I'm sure she'll come on for the run."

1.10 Cheltenham: Can exciting Does He Know make it three in a row over fences?

2.05 Punchestown: Honeysuckle's biggest threat? Echoes In Rain out to show talent in the Morgiana

2.20 Cheltenham: Keith Melrose on why the Champion Chase heroine faces a stiff task in the Shloer

2.55 Cheltenham: How good were last season's juveniles? The Greatwood could give us the answer

3.30 Cheltenham: Will I Like To Move It star in the Supreme Trial? Here's what his form tells us

FIRST PUBLISHED 7:00AM, NOV 14 2021
The whole journey with her has been a dream. From the very start to right now, it's been nothing short of amazing

What's on this week: Tingle Creek tops sensational weekend of big-race action 'One of those great days in Irish racing' - Honeysuckle still hooked on winning 'It developed into a complete farce' - All Class comes home alone to land gamble 'There'll be no excuses' - Jonjo O'Neill on hot favourite Soaring Glory All guns blazing: Honeysuckle primed for historic Hatton's Grace hat-trick 'He is part of his story - it's a tragedy he won't be able to ride him'