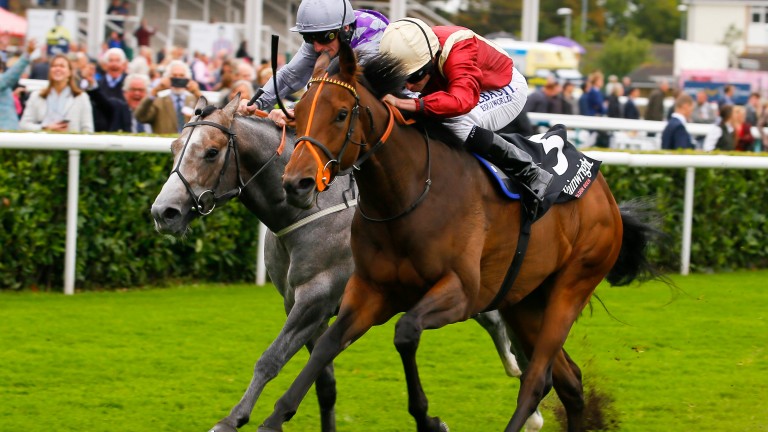 Heartache (Ryan Moore) gets the better of the grey Havana Grey in a thrilling Wainwrights Flying Childers at Doncaster on Friday
Mark Cranham
1 of 1
By Lee Mottershead UPDATED 4:12PM, SEP 15 2017

For the connections of northern speedster Havana Grey there was heartache. Their consolation came in the knowing they had been defeated by an extremely talented filly.

The recent roll of honour for the Wainwrights Flying Childers Stakes could not be called glittering.

For most winners, victory in the Doncaster dash has represented the pinnacle of their careers, yet for Heartache, who forged ahead of Havana Grey in a thrilling finish to the Group 2 prize, there is hope that even better days are to come.

For the 75 racing fans who lease Heartache as part of their £1,995 membership of the Hot to Trot syndicate, this was a highly enjoyable day in its own right, as had been the sweltering summer afternoon when their pride and joy captured the Queen Mary Stakes.

A disappointing French defeat followed in July, for which a physical excuse was found. No excuse was needed this time as the Ryan Moore-ridden 6-4 shot pulled half a length clear of evens favourite Havana Grey and PJ McDonald inside the final furlong. 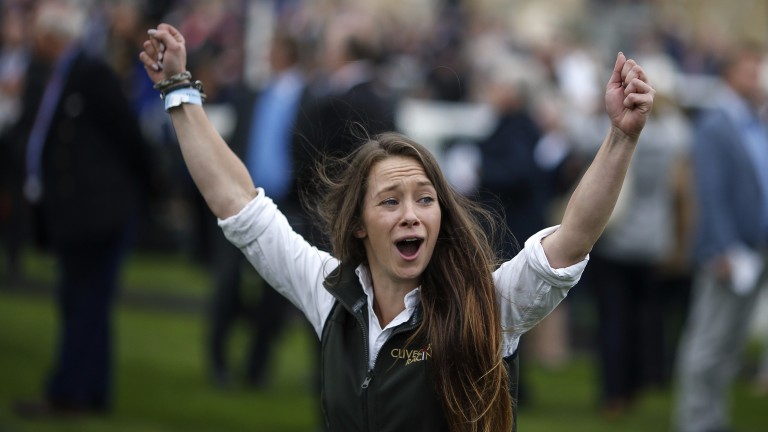 The betting had suggested this was a two-horse race. With daylight back to the third, the betting was proved right.

"That was top class," said Clive Cox, six days on from the success of exceptional stable flagship Harry Angel at Haydock.

"It was a really pleasing performance. Havana Grey is a special horse in his own right and there were four and a half lengths back to the third.

"I think she could get six furlongs and we have nothing to lose by giving it a go in the Cheveley Park. She is developing and growing, so she is an awfully nice filly to look forward to for next year." 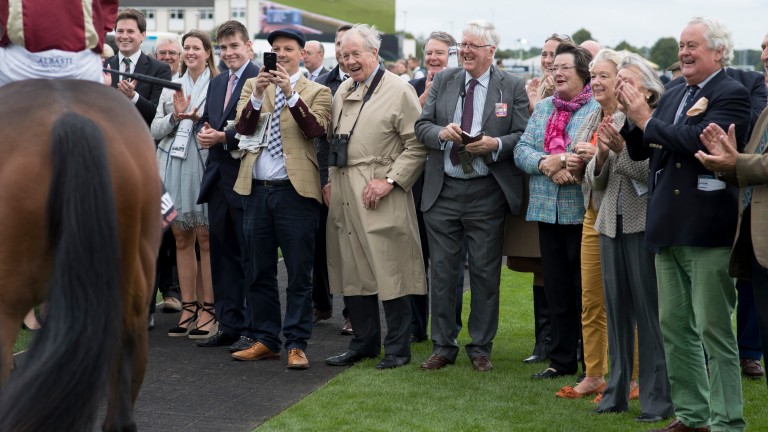 The good news for Adam Kirby, who could not do the 8st 12lb alloted to Flying Childers fillies, is runners carry 9st in the Cheveley Park, meaning he will be able to regain the ride on Heartache, quoted at 16-1 by Ladbrokes for the 2018 Commonwealth Cup.

The good news for Karl Burke is Havana Grey lost nothing in defeat except the race.

"He ran great and was beaten by an improving filly," said Burke. "I saw her in France and she looks to have got bigger and stronger, which I said to Clive before the race, and he agreed.

"I half thought when PJ came back in he’d say the horse hadn’t quickened with him like he normally does, but PJ said he quickened well and he couldn’t believe the other horse came by him."

FIRST PUBLISHED 2:37PM, SEP 15 2017
She is developing and growing, so she is an awfully nice filly to look forward to for next year