Heard about the trainer aiming for Aintree's Foxhunters' and the 2,000 Guineas? 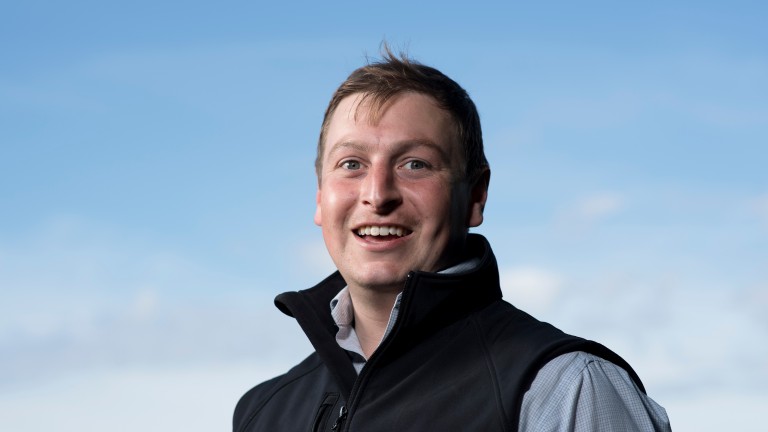 Not many trainers will seek to follow success over the famous Grand National fences with Classic glory in the 2,000 Guineas, but that is the path Newmarket trainer Richard Spencer aims to be on in the next month.

Spencer, who started training in 2016, is set to saddle Sir Jack Yeats in Aintree's Randox Health Foxhunters' on Thursday and hopes to field promising three-year-old Thrilla In Manila in the Qipco-sponsored 2,000 Guineas at his home track on May 4.

A winner under Racing Post reporter Andrew King's son James at Fakenham recently, Sir Jack Yeats is a 25-1 shot with Coral for the Foxhunters', while once-raced Newbury maiden winner Thrilla In Manila is 66-1 with the same firm for Britain's first Classic of 2019.

"Thrilla In Manilla is going to go for the Greenham for a prep run and then hopefully on to the Guineas," said Spencer, who won the 2017 Coventry Stakes at Royal Ascot with Rajasinghe.

"We are obviously a relatively new yard but we've taken on the big guns before and he's done nothing wrong and it's a natural progression for him. The Greenham will tell us where we go with him."

Spencer also hopes Keyser Soze and Louis Treize can pay their way this term, while the royal meeting is on the agenda for last year's Molecomb winner Rumble Inthejungle.

"Rumble had a good season last year for us and it's great to have Cheveley Park on board this year," added Spencer, whose speedster could start in the Merriebelle Stable Commonwealth Cup Trial Stakes on May 1 before Royal Ascot.

FIRST PUBLISHED 8:06AM, MAR 30 2019
Thrilla In Manilla is going to go for the Greenham for a prep run and then hopefully on to the Guineas