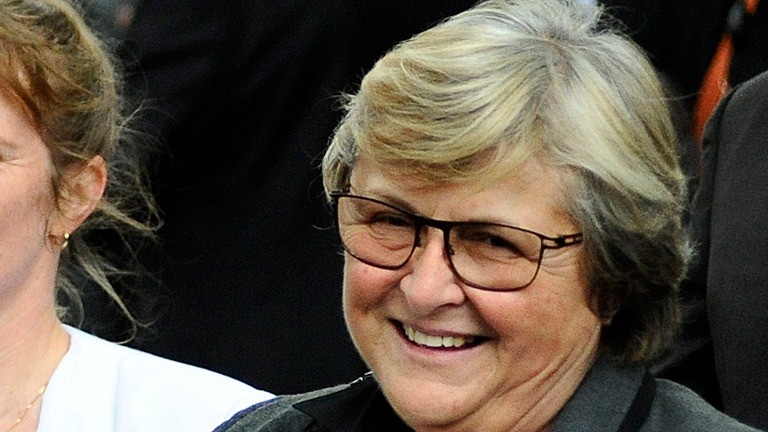 Criquette Head-Maarek feels measure should apply across all races or none
Alan Crowhurst
1 of 1
By Scott Burton 7:00PM, FEB 8 2017

Leading personalities across French racing have expressed a range of concerns with the proposed 2kg (4.4lb) weight allowance for female jockeys, which is due to come into force on March 1.

Arc-winning trainer and president of the trainers' association Criquette Head-Maarek said she was unclear why France Galop had chosen to cap the allowance below Pattern races, while her counterpart at the jockeys' association, Jacques Ricou, revealed there had been no consultation with his members before the decision was taken.

But the strongest condemnation came from Pauline Prod'homme, one of the top female riders on the Flat who is likely to benefit more than most from the new initiative.

Prod'homme holds a unique viewpoint, having recently passed her trainer's exam and now combines riding with a share in the licence with father Didier at their yard in Maisons-Laffitte.

As well as describing the allowance as "devaluing" the efforts of women in the saddle, Prod'homme said she felt it could undermine confidence in the handicapping system in a country where many races are framed within a narrow weight range. She also predicted that a jockey like Josephine Gordon could make hay in France if ever choosing to relocate.

Prod'homme said that during her ten-year career her male weighing room colleagues had always accepted riding against women "on the basis it was a level playing field".

She said: "It devalues us. We do the same job and these are races for horses, not jockeys. A race is not decided just by strength over the last 200 metres, and a woman can make up for any lack of strength by managing the reserves of her horse during the whole race. Her finesse and her tactical awareness can make up for it.

"When you watch Josephine Gordon on the television you don’t think about whether or not she is a woman. If she comes to France she’ll find it very easy. She is talented and if she comes here and is given two kilos, the trainer in me would certainly want to use her!"

She continued: "A problem this poses - one we can’t answer for now - is how it will affect the handicap. If a horse wins when it has been ridden by a woman in receipt of two kilos, will it go up in the weights?

"When a horse wins now it goes up, and that will stay the same if it's ridden by a man. It won’t necessarily go up if the winning jockey is a woman but, if she is a professional, then there is no equality in how the handicap is operated. That is the biggest question: how do you handicap races won by a woman who isn’t an apprentice?"

Head-Maarek sits on the 12-member administrative council that agreed to enact the proposal, a result of a year-long study initiated by France Galop president Edouard de Rothschild.

In announcing the change last Friday, in terms of it not applying to Listed or Group races France Galop officials pointed to the need not to artificially manipulate the results of races which contribute to the selection of the breed.

"It's funny you give them two kilos in one kind of a race and not in another," said Head-Maarek. "Either you give it everywhere because you want more women to ride in races, or you don't. But it's only in races below Class 1 so it's a funny measure.

"I'm not against it but I'm not its biggest supporter either, and I'm not sure it will make a big difference, except if you have a really good apprentice who will take a lot of weight off."

France Galop conducted little or no consultation with the jockeys' association, according to their president.

"They didn’t ask our advice," said Ricou. "If they'd asked we'd have given it, but they decided themselves they wanted to do something for female jockeys."

Ricou said he believed France is not as progressive in its outlook as some anglophone countries and expressed doubt the changes would have the desired impact on improving the lot of female jockeys in the country.

"You know the faults and qualities of women just as you do with men and you should accept it, but the French mentality is different," said Ricou. "We'll have to see how it works over the next two or three years.

"People will now always state that women are getting on because of the weight allowance. In their time there was Anne-Sophie Madeleine and Beatrice Marie and they did well because they were the best."

FIRST PUBLISHED 7:00PM, FEB 8 2017
A race is not decided just by strength over the last 200 metres and a woman can make up for any lack of strength by her finesse and her tactical awareness