He was happiest on a horse and few belonged there more 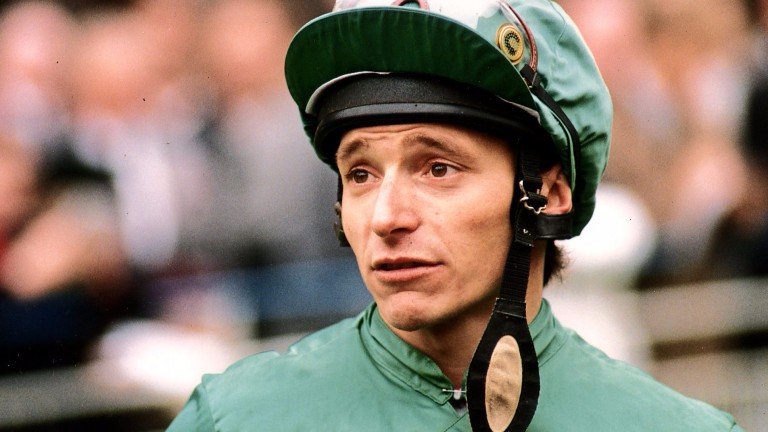 Walter Swinburn's biggest challenge was not with an unruly two-year-olds or getting boxed in at the crucial stage of a major race. Swinburn, like many of his contemporaries, struggled with his weight and battled bulimia and alcohol abuse.

One man troubled by similar problems as Swinburn was Steve Cauthen. Like the rider nicknamed The Choirboy who won the Derby as a 19-year-old on Shergar, Cauthen struck gold early, becoming the youngest jockey to win the US Triple Crown thanks to the superb Affirmed.

"We both started young and had pretty early success – I won the Triple Crown when I was 18 and he won the Derby when he was 19, but I don't think that was the issue," he said.

"I think our biggest problem was having pretty serious weight issues and that was kind of what drove us both out of the saddle. I'm sure there are pluses and minuses to having early success, but we rode for as long and as well as we could.

"We were both fairly tall for jockeys and it was difficult. We both also had serious falls. I had a couple and he had his in Hong Kong and it takes its toll in the long run. I came back and rode for five years and won a championship after my fall and he came back and won on Pilsudski after his, but the wasting and grind of it all is tough."

Swinburn and Cauthen, each with a meteoric rise to prominence behind them, grew close pitting their wits against Lester Piggott and Pat Eddery after the American had moved to Britain.

Speaking to the Racing Post from the States yesterday, Cauthen went on to describe how Swinburn had become almost like a brother to him.

"It was a great relationship and I got to know his family very well –they are great people and being so far away from my family it was nice to get a feel of that," he added.

"We were from similar backgrounds and his dad was a jockey and his family all good horsemen, while my father was a blacksmith who did a bit of everything in racing and my mom was born into a family that owned racehorses, so in many way were from similar situations."

That generosity was repaid when Swinburn took time out across the Atlantic shortly after Pilsudski's 1996 Breeders' Cup Turf Triumph.

"He was trying to figure out how much longer he'd put himself through trying to ride and deciding his next step," Cauthen reflected.

"The press were trying to do their job and get the story and the only way you can get away from it is by getting away from it, so he came for a visit and we played a lot of golf. It was good and hopefully it was good for him. We were buddies."

Cauthen rates Swinburn alongside some of the greats of the sport and he had an edge on almost all of his weighing room colleagues in terms of talent. He faced an uneven battle with the scales, but very few have belonged more on a racehorse.

FIRST PUBLISHED 6:30PM, DEC 13 2016
I think our biggest problem was having pretty serious weight issues and that was kind of what drove us both out of the saddle