Tailed off turning in, gets up close home - Sean Bowen's last-to-first heroics 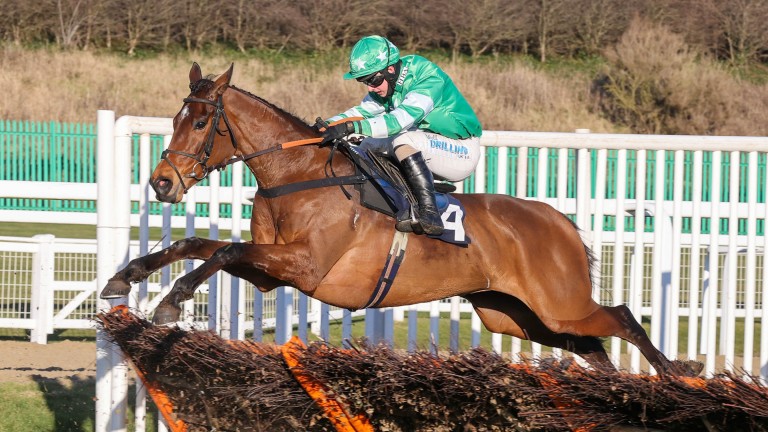 The 5-4 favourite never really looked to be travelling in the 2m handicap hurdle and looked long odds-against as he trailed the field turning for home.

Yet Bowen never admitted defeat, kept after his mount and was rewarded as the six-year-old came from last to first, leading close home for a half-length win that completed a notable double for Tom George after Clondaw Castle's success at Kempton.

The jockey said: "Tom said before the race that he does need further now. He used to be quite keen but there was no sign of that today! They went a really strong gallop and he was flat to the boards all the way.

"I didn't think I was finishing anywhere turning in. I was tailed off and I wasn't really going anywhere but because they went such a strong gallop they were coming back to me and I just kept galloping.

"I think the strongest stayer has won the race. He probably needs stepping up now, hopefully there will be a bit of improvement going up in trip."

Russell back with a winner

Lucinda Russell's first visit to the course in 2021 proved worthwhile as Ain't My Fault took the novice handicap chase.

The trainer said: "I haven't been racing since before Christmas. I have an elderly father and I don't want to take any risks at all.

"And with no owners on course there isn't a lot of point. I can't wait for them to be allowed back – they get calls and photos but it's not the same."

Trevor Hemmings' Wetlands looks an exciting chase prospect for next season after readily defying a penalty under Brian Hughes in the novice hurdle, despite the drying ground.

"But to me he didn't look like he was enjoying that ground at all, he was making heavy weather of it. He'll want a bit of rain if he's to run again this season."

"She is a very nice mare and the better ground definitely helped her," Scudamore said.

"She's a big mare and fences are going to be her thing."

FIRST PUBLISHED 6:22PM, FEB 27 2021
I didn't think I was finishing anywhere turning in. I was tailed off and I wasn't really going anywhere

'That's the real Metier' - Harry Fry relieved after Sovereign Hurdle success Lingfield providing a million reasons to smile on first day of new festival Ultima and bet365 Gold Cup among spring targets for Corach Rambler 'Eerie, spooky and magnificent' - Nicky Henderson's most magical of days Classic handicaps at Kempton and Warwick provide punters with intriguing puzzles 'He's won two, so why not go for another?' - Classic Chase news and views