Ruby Walsh: He was an incredible athlete and it was a privilege to ride him 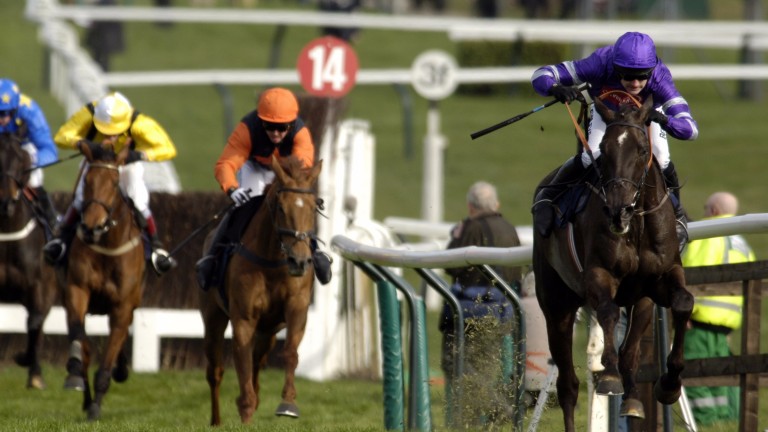 Ruby Walsh on Wednesday paid tribute to Denman after the 2008 Gold Cup winner passed away at the age of 18.

Walsh, who partnered Denman to seven of his 14 successes, described the Paul Nicholls-trained superstar as "an incredible athlete and a wonderful horse to ride" and highlighted his 2009 Hennessy Gold Cup victory as a standout moment.

"He was very hard to beat. When I won the RSA Chase on him he was spectacular. When we won the Lexus at Leopardstown he just did what he had to do, but his Hennessy win at Newbury, off a mark of 174 and carrying 11st 12lb, was an incredible performance," Walsh said.

He added: "Paul Barber, his owner, appreciated what he had and got great enjoyment and fun from Denman's career. It was a privilege to ride him."

On what made Denman so special, Walsh said in his Paddy Power blog: "For such a big horse he had such movement of his feet in front of a jump – it was incredible. He was a brilliant horse to ride over a fence and an unbelievable athlete. He had a brilliant career and was a very good novice hurdler, but chasing was always going to be his forte."

After finishing runner-up in what is now the Ballymore Hurdle at the 2006 Cheltenham Festival, Denman went on to prove Walsh correct, winning on his first nine starts over fences, including victory in the Gold Cup.

Walsh, who partnered Kauto Star to finish a seven-length second that day, added: “I wasn’t surprised that Denman beat Kauto. They were two phenomenal horses to come along at the same time and they had a great rivalry.

"What Denman did in that year’s Gold Cup was unbelievable and the gallop he went at was incredible. To have so many horses beaten so early was unbelievable. He was a wonderful horse.”

Before Denman burst on to the scene, he was trained by Adrian Maguire to win a point-to-point at Liscarroll under Colman Sweeney.

Maguire said: "It's very sad to hear of Denman's passing. He was very special. From the first day we put a saddle on him until he won his point was only five months.

"Five weeks after that I went to Dawstown point-to-point, not because I had a runner but I'd heard Paul Barber and Paul Nicholls were going to be there, and I asked them to come and have a look at Denman.

"I stood at the stable door and said to Paul Nicholls that with any luck he would be a Gold Cup horse. The rest, as they say. is history."

In his early days with Nicholls, Denman was partnered to three victories by Christian Williams, who knew even then the horse that would become known as The Tank was rather special.

He said: "It's very sad as he was a great horse. He was very raw the first time I won on him and he only really scraped home, but you could tell he was a serious horse.

Williams did not ride Denman after his initial season over hurdles, but still took enjoyment in how his career progressed for owners Harry Findlay and Paul Barber.

"He was very special and Harry was a good friend – it was great," he said. "Paul [Barber] was so good to everyone so it was brilliant that he was able to own and enjoy Denman. People really latched on to him and his rivalry with Kauto Star, which made it so much more memorable for everyone." 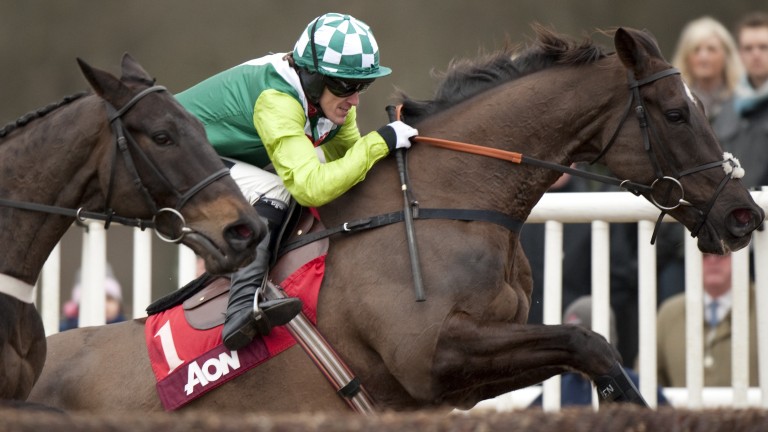 Sir Tony McCoy was aboard Denman in his third Cheltenham Gold Cup, and labelled him a "wonderful horse for jump racing to have had".

He said: "I was lucky enough to ride him a few times, although I fell off him one day at Newbury. He was a great credit to Paul Nicholls, Harry Findlay and the Barbers as he kept coming back and giving his all.

"To be able to beat Kauto Star - the greatest jumps horse of my time riding, perhaps along with Best Mate - at his peak required one hell of a performance, although it took its toll on him. He was a great horse and a tank."

Denman's fourth and final appearance in the Cheltenham Gold Cup came in 2011 when he was second to the Nicky Henderson-trained Long Run. 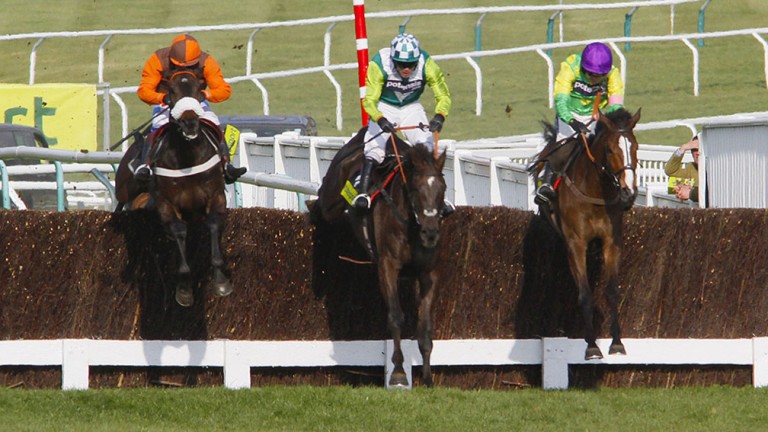 The champion trainer said: "It's very sad. He was a great horse, we were in plenty of battles with him. He was a giant in every way.

"That was a golden era and he was at the top of the pile at the time. Some of those performances were just brilliant. It's a sad day for everybody but he had a great innings."

If you are interested in this, you should read:
Cheltenham Gold Cup hero and jumps legend Denman dies aged 18

'I'm sure Champ is a Gold Cup horse - but we might have another one as well' 'He's one of the most exciting prospects we've had for a long time' 'The Tingle Creek is the first aim and the hope is that he's our next superstar' Watch: trainer Nicky Henderson discusses his Seven Barrows stable stars