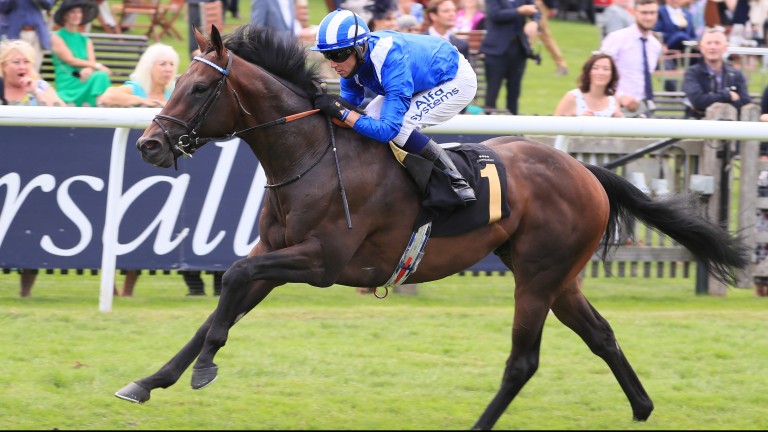 William Haggas could not hide his delight after Baaeed extended his unbeaten record with a taking success in the Sir Henry Cecil Stakes.

The three-year-old, who is a brother to Royal Ascot winner Hukum, was sent off the 10-11 favourite after winning his first two starts and showed an eyecatching turn of foot to power four lengths clear of Maximal.

"He looks talented and is an exciting horse," said Haggas, after he gave his winner a congratulatory pat on the neck. "He's got plenty of speed and showed a great turn of foot. His brother is a mile-and-a-half horse but there's no hurry to step him up in trip right now.

"I thought it was a really good Listed contest so it was very positive to see him win like that coming from the back. I'm not yet sure where we could aim him next but I won't miss a good entry."

When asked to reflect on the display of Al Aasy, who finished second in the Princess Of Wales's Tattersalls Stakes earlier on the card, Haggas joked: "That performance [Baaeed] cheered me up a bit."

It was close for comfort but Pat Dobbs was always confident Lusail would prevail after a dramatic three-way finish in the July Stakes.

Among those in the crowd was The Princess Royal, who presented the trophies and was at the track visiting representatives of a number of charities, including Racing Welfare and the Injured Jockeys Fund. 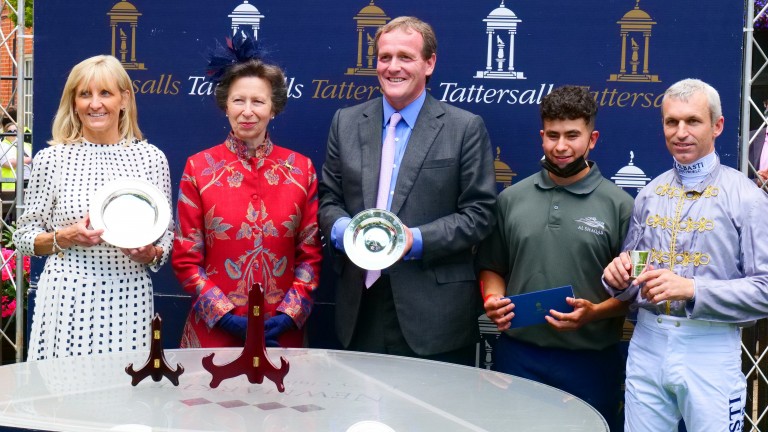 The Princess Royal: presents trophies to the connections of Lusail
Mark Cranham (racingpost.com/photos)

"He travelled well into the dip and I knew he'd find plenty as he's run over seven furlongs but he got lonely in front," said Dobbs. "It was a bit close for comfort but he's got a brilliant attitude and is laid-back.

"He's suited by fast ground. I was surprised we decided to run him over six furlongs rather than seven on Saturday but the forecast was uncertain so we opted to make the most of the sound surface."

Lusail earned quotes of 33-1 for next year's Qipco 2,000 Guineas and could next run in the Richmond Stakes at Glorious Goodwood.

Martin Harley, the rider of runner-up Asymmetric, was suspended for four days for using his whip above the permitted level from approaching the final furlong.

It has been ten years since the Group 3 Bahrain Trophy threw up a subsequent St Leger scorer and the wait will go on this season as the latest winner, Yibir, was recently gelded and is unable to run.

James Doyle got a nice split close to the rail off a pace set by the Mark Johnston-trained Gear Up in the 1m5f contest to win going away from Mandoob and give Godolphin a rare success in the race.

The well-backed 6-4 favourite, who was available at 2-1 in the morning, registered a deserved first success of the season after mixing it with the elite in the spring including when third to Alenquer and his subsequent Cazoo Derby-winning stablemate Adayar at Sandown. 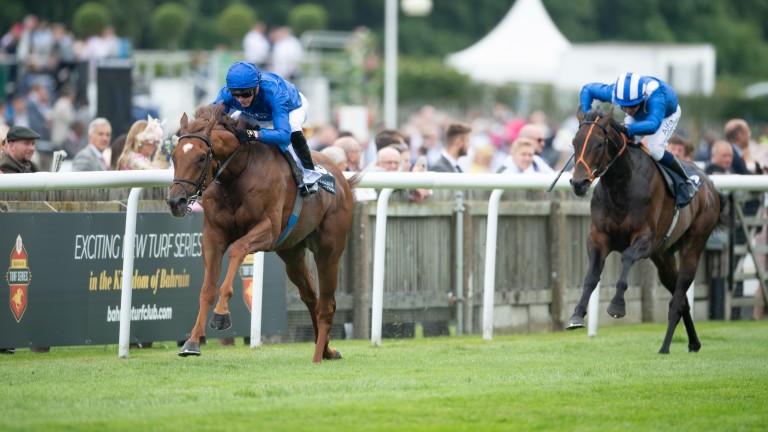 Trainer Charlie Appleby said: "Yibir looks to have improved for being gelded and this step up in trip has suited him. Obviously he can't run in the St Leger but there are plenty of other races for three-year-olds and we'll take our time. He could be a nice horse for next year."

The winning jockey added: "That worked out nicely and it was a nice confidence-booster for Yibir. He showed the nice gear change that he has always showed us at home."

Appleby and Doyle doubled up in the mile handicap with Path Of Thunder, who justified favouritism when beating Tenbury Wells.

One trainer, one jockey, one horse and one race to watch at the July festival

FIRST PUBLISHED 6:26PM, JUL 8 2021
I thought it was a really good Listed contest so it was very positive to see him win like that coming from the back

The Goodwood races that gladdened the heart and quickened the pulse Local success as Save A Forest lands Listed Chalice Stakes for the Gredleys A true icon is a rare beast indeed - but brilliant Battaash is more than worthy Brilliant Baaeed strolls to fourth victory to leave Haggas aiming at the top Will Baaeed end the year as the best miler in Europe? Our experts have their say Trainers' title race blown wide open - and we might just have a fairytale winner