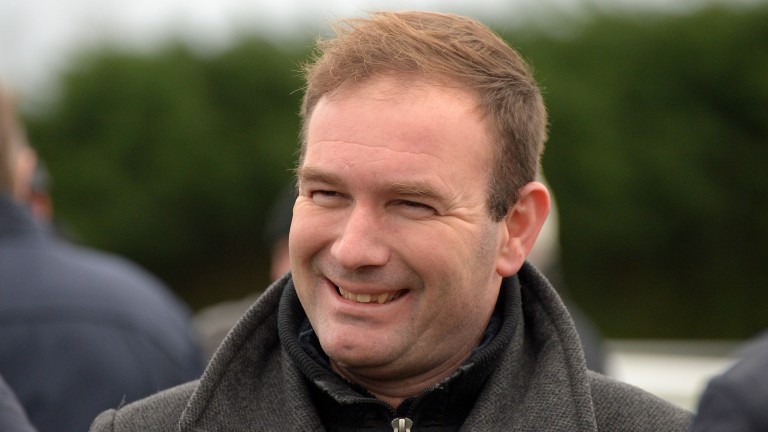 The eye is immediately drawn to lightly raced four-year-old Liberation Point, who could have plenty of scope for improvement now he encounters a soft surface for the first time since joining Mick Appleby.

Liberation Point lost little in defeat when beaten a length and three-quarters by fellow improver Ace Rothstein at Pontefract last time on good to firm ground, which might not have played to his strengths.

He had missed a Haydock engagement four days earlier on account of unsuitable ground – it was officially good to firm – and, while it's obviously no advantage to have been raised 2lb for a defeat, there remains plenty of upside to his chance.

While Liberation Point could enjoy the testing surface, there are doubts about whether such arduous conditions will suit the two contenders with course-winning form.

The three-year-old Arqoob has yet to encounter ground conditions any slower than good, while Croeso Cymraeg, although placed on soft, has done all his winning on turf on quick going.

Irish Legend, a soft ground scorer at Nottingham last October, kicked off his 2021 campaign in the Group 3 Sandown Classic Trial won by Alenquer, with Arc fourth Adayar in second.

He has performed consistently this season, but there is a suspicion the handicapper remains in command.

Pied Piper won't be fazed by the ground and finished a length and a quarter behind runner-up Irish Legend at Kempton in August.

It would be no surprise if he managed to turn the tables on 3lb better terms.
Race analysis by Richard Birch

Clive Cox, trainer of Western Alliance
We've just been waiting for a bit of ease in the ground which has finally come. He's a progressive horse and we're looking forward to seeing him in action. He's been consistent but will appreciate the ease in the ground more than anything.

William Jarvis, trainer of Arqoob
He's in good form. He's been consistent. A mile and a quarter should suit him and we're hoping he's got a good each-way chance.

James Evans, trainer of Croeso Cymraeg
He's been in good form all year. He had a short break midsummer and came back with a good solid run last time. The trip was probably a little bit short for him on the faster surface at Goodwood, so we were quite happy with his run there. He'll need a personal best with the highest mark he's had, but he just seems to keep producing and running solidly. If he continues to do so we'll be hopeful he'll be in the shake-up.
Reporting by Charlie Huggins

FIRST PUBLISHED 6:00PM, OCT 4 2021
A mile and a quarter should suit him and we're hoping he's got a good each-way chance

'The master has done it again' - Mick Appleby hailed as late gamble lands Leicester Placepot picks: Richard Birch with his advice for the jumps card 'He's still a big baby but all the ability is there' - Dusart wins on chase bow Henderson's top prospect Dusart 'doing everything right' ahead of chasing debut Kerry Lee hopeful 10lb claimer can help topweight Dancer show his old Magic