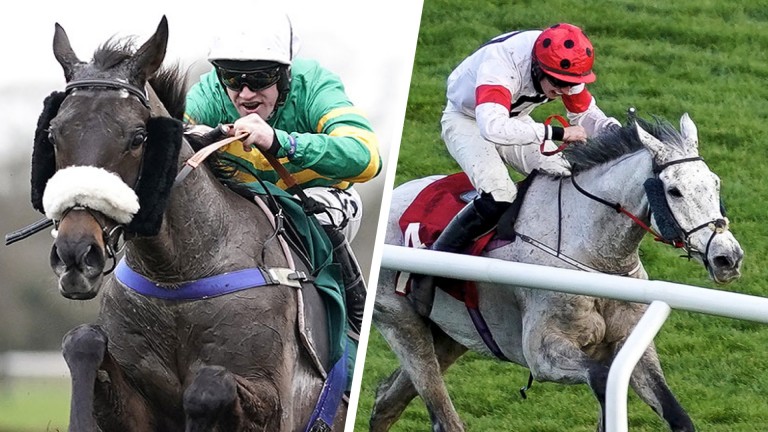 The weights for the 2021 Randox Grand National at Aintree were revealed on Tuesday and three of our experts have given their instant betting reaction following the publication of the figures.

'He should be ideally suited by this marathon trip'

Kimberlite Candy has finished second in the last two runnings of the Becher Chase over 3m2f at the track, but his best form is over further and this strong stayer should be ideally suited by this marathon trip.

He has a good record fresh and has been off the track since his Becher run. Tom Lacey will have him spot on and Kimberlite Candy has a nice racing weight, getting in off 10st 10lb.
Graeme Rodway, tipster

Tiger Roll was always going to be the main talking point, but it would be pretty outlandish for connections to complain about the handicapper's decision this year as I thought the two-time Grand National winner warranted a mark of 166.

As much respect as Tiger Roll deserves, this year's field looks red hot with numerous Graded-class opponents topping the racecard and the likes of Cloth Cap and Kimberlite Candy, both of whom have proven their worth in similar events, further down the weights.

The latter-named runner looks a real player off 153 and would provide Tom Lacey with a momentous victory, while Easysland shouldn't be overlooked despite his big weight. David Cottin's seven-year-oldlooks tailormade for this race.
Tom Collins, tipster

Seven of the last nine Grand Nationals have taken place with good in the going description and I am drawn to the claims of the John McConnell-trained Some Neck at 66-1, with many firms offering five places ante-post.

A relatively low-mileage ten-year-old, Some Neck was revitalised for the step up to 3m6f when staying on dourly to capture the Glenfarclas Cross Country Chase at Cheltenham on his second start over the banks last time.

That was on good to soft ground and represented a career-best 150 on Racing Post Ratings. His other standout performance was achieved on good going when landing the Grade 2 Florida Pearl Novice Chase in 2018.

Some Neck is 68th in the queue and would need a few to fall by the wayside, but I like his racing weight of 10st 1lb and a mark of 144 for a marathon test that should suit.
Robbie Wilders, tipster