Aidan O'Brien: 'Joe had an unbelievable way with people and horses' 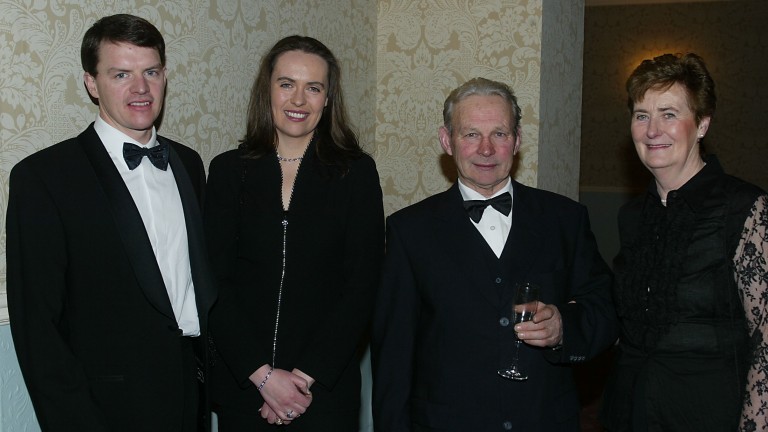 Joe was an incredibly genuine, hard-working man and we'll all miss him greatly.

He had an unbelievable way with people and horses. First and foremost he was a great family man, and Mrs Crowley and the girls were immersed in racing all the way along. The girls all rode out and rode on the track and Mrs Crowley was always there in the background.

In particular over the past number of years, Mrs Crowley, Breda and his primary carer Owen Connelly looked after him devotedly.

Joe was gifted with horses, in that he was able to work them out both mentally and physically. He was always someone who would think outside the box.

From when I met Annemarie, having been at home and at Jim Bolger's, Joe showed me a totally different way of working with and training horses.

He rode out, he brought the horses racing himself and he would never ask anybody to do anything he wouldn't do himself. He was a unique man in many ways and he was always happy for the spotlight not to be on him.

He was a very intelligent man who thought deeply about things and always had time for everybody. The people working for him, he always felt there was a job for each of them, that everybody was good at something and he'd give that person the time to find their place.

All the way along he was invaluable to us. When we came to Ballydoyle, he'd be in and out and he watched and commented on everything we were doing. He was a massive source of information and wisdom for us.

Joseph was named after him and they were always very close, and he got great satisfaction out of watching every one of the grandchildren doing what they're doing. They'll miss him terribly but he was a tremendous influence on them.

Joe Crowley: an unassuming man whose legacy is not reflected in bare statistics

FIRST PUBLISHED 6:41PM, MAR 4 2020
He was a unique man in many ways and he was always happy for the spotlight not to be on him

Cheltenham, Aintree - and now Ascot? De Bromhead adds filly to Coronation mix My Sister Sarah and Metaphorical contribute to Wayne Lordan's treble Size is everything after all as Snowfall and Adayar shoulder their rivals aside 'He shows everything at home - he relaxes, he quickens, he gallops' 'I'm not sure a slog in the mud would suit St Mark's Basilica in the Arc' A first for Aidan O'Brien as St Mark's Basilica dominates French Derby