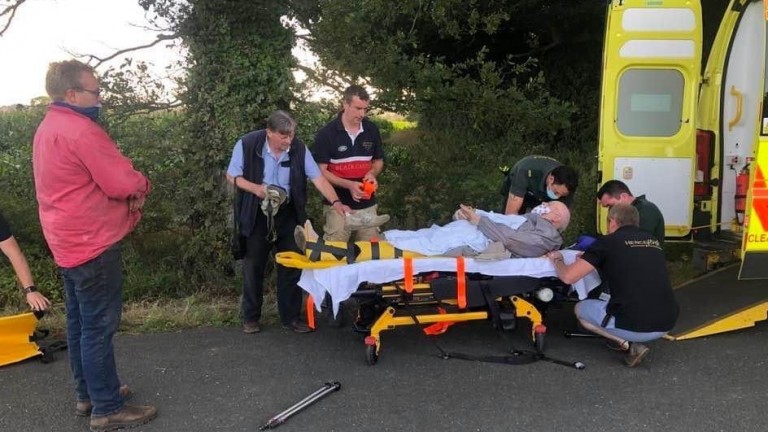 Simon Whitaker and his son Tom helped rescue an elderly man with a broken ankle
Simon Whitaker
1 of 1
By David Carr 10:00AM, AUG 24 2020

Assistant trainer Simon Whitaker and his son Tom have become racing's latest rescue heroes with a back-breaking effort to help an elderly man stranded deep in the woods with a broken ankle.

The incident occurred close to the Leeds yard where Whitaker's father Richard has trained for over 40 years, sparked by an SOS message to the WhatsApp group locals have set up to alert each others to quad bikers on the gallops or farmland.

A dog walker had chanced upon the stricken 83-year-old, and his friend of the same age, and Simon Whitaker said: "They'd gone down this narrow muddy track into Hetchell Woods – why they did that I have no idea because it was all overgrown with brambles – and he'd slipped and broken his ankle. 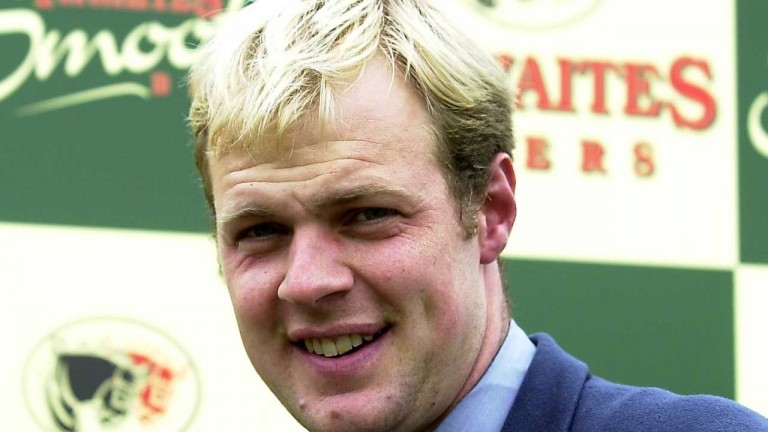 Simon Whitaker: "It was just a case of manhandling to get him on to the stretcher"
John Grossick (racingpost.com/photos)

"Nobody else came along in the two hours we were there so you have to think if the dog walker hadn't happened to go that way and found him he could have died."

Whitaker and his colleagues were called in due to the man's inaccessibility and he added: "The ambulance guys had come and they had a stretcher but they couldn't get him out. I said we couldn't get him over the fence into the field. An air ambulance would have been no help, it was just a case of manhandling to get him on to the stretcher and carry him up the path."

Whitaker, his son and four other men ended up bearing the casualty on a stretcher half a mile up a muddy track.

"It was heavy work and we were all getting scratched by the brambles," he said. "I started off at the back and I was thinking 'this is easy' but the two guys at the front, where his body was, were bearing a lot of the weight.

"We noticed how they much were sweating so we kept stopping and swapping places and that's how we managed to keep going and get him out."

The stretcher party eventually reached the ambulance by the roadside and Whitaker recalled: "When we got to the top I said 'God, we're good in this group!' Everybody cracked up laughing but I said 'if we don't say it, nobody else will!'"

Earlier this month jump jockey Tom Garner was hailed a life-saving hero in America after forming part of a four-strong human chain pulling a man, his baby and more stricken children from their part-submerged car in monsoon-like conditions in Pennsylvania.

FIRST PUBLISHED 10:00AM, AUG 24 2020
You have to think if the dog walker hadn't happened to go that way and found him he could have died