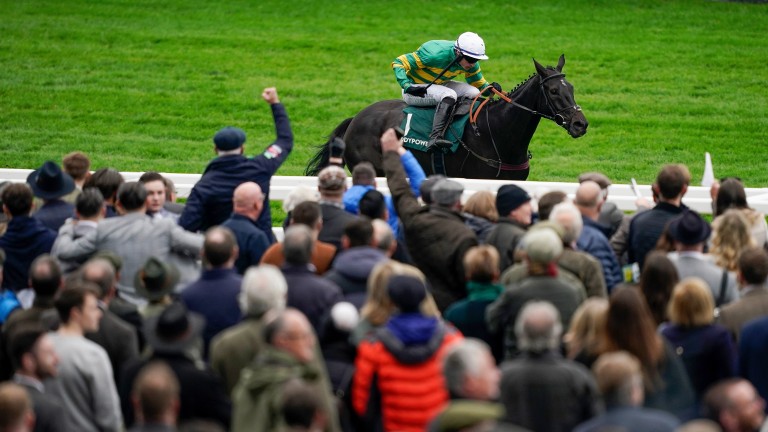 All options will be left open for Sporting John after he fired back to form following a switch to hurdles with a dominant success in the Paddy Power-sponsored 3m handicap hurdle.

Before finishing a disappointing fourth in France last week, Thyme Hill was the Stayers' Hurdle favourite for the Philip Hobbs yard and a dazzling two-and-a-half length success from Sporting John could set him on course for that championship race in March too.

The six-year-old was cut to 25-1 (from 50s) with Betfair Sportsbook for that festival target and owner JP McManus was in attendance to witness the 9-2 shot impress.

McManus said: "I'm glad we decided to go back over hurdles and see what would happen. It was suggested by Philip and nobody had any objections.

"We had our fingers crossed, he looked great but I didn't back him, although that doesn't mean anything. I should have done. He's dropped in grade to a handicap but we hope he might become a Graded horse again."

Hobbs said the switch to hurdles came out of chance due to a lack of opportunities for Sporting John in chases. 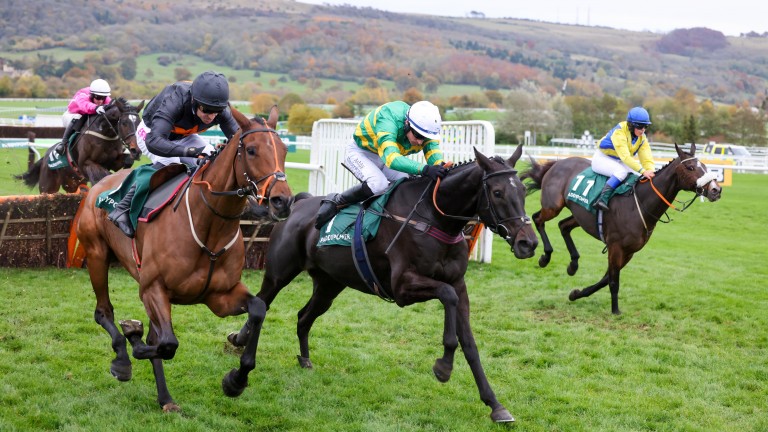 JP McManus on Sporting John: "he's dropped in grade to a handicap but we hope he might become a Graded horse again"
GROSSICK RACING

The trainer said: "He's a beautiful horse and he'd looked so good before he came here in the Ballymore in 2020 when it didn't work out. It's great to see him back.

"We couldn't really find a chase that was suitable to run him in so it made sense to come here and this has left other options open. I wouldn't rule out going over fences but on the other hand he could be a high-class hurdler too. There are a lot of options."

After gut-wrenching defeats with Shan Blue and My Drogo, Third Time Lucki proved to be just that for the Skeltons as he maintained his unbeaten run over fences in the Grade 2 novice chase.

Trainer Dan Skelton felt the six-year-old was not as fit as when an easy winner here last month, but he proved much too good to score by four and three-quarter lengths. 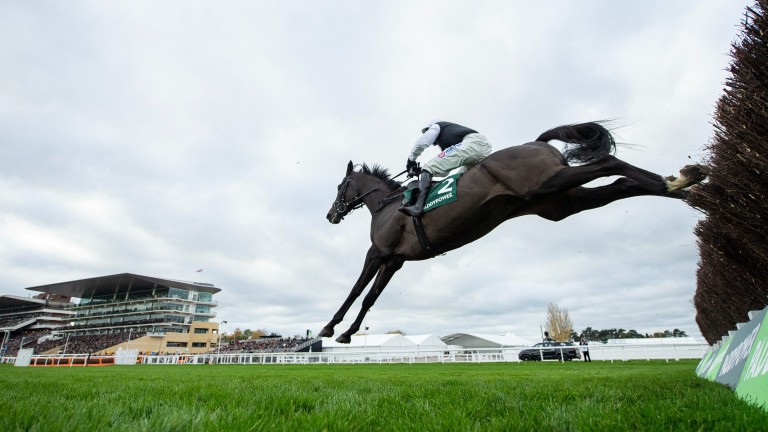 He could appear next in the Henry VIII Novices' Chase at Sandown on December 4, while the Wayward Lad and Lightning Novices' Chase are also possibilities, and Skelton was relieved to have received a significant boost after My Drogo's fall on Friday.

He said: "It’s good and it’s important. At the end of the day we’re professionals, sometimes things are going to go for you or sometimes they go against you.

"A few things have gone against us recently but Allmankind won [the Old Roan] and other good things have happened. There’s no point getting angry, it’s how it goes.

"It's even more important for Harry – he's our striker and you need him scoring a few goals, and a few big goals."

Skelton missed his final two rides following a fall on Proschema in the 3m handicap hurdle, but will be fit to take his rides on Sunday.

'I'm grateful for everything I've got'

An emotional Milton Harris celebrated his biggest success since returning to training from an enforced seven-year hiatus as Knight Salute captured the Grade 2 JCB Triumph Trial.

It was a fitting success given Harris was best known for his juvenile hurdlers – most famously with Mondul – before his training application was rejected on the grounds that he was not a fit and proper person due to his first spell as a trainer ending in bankruptcy in 2011. 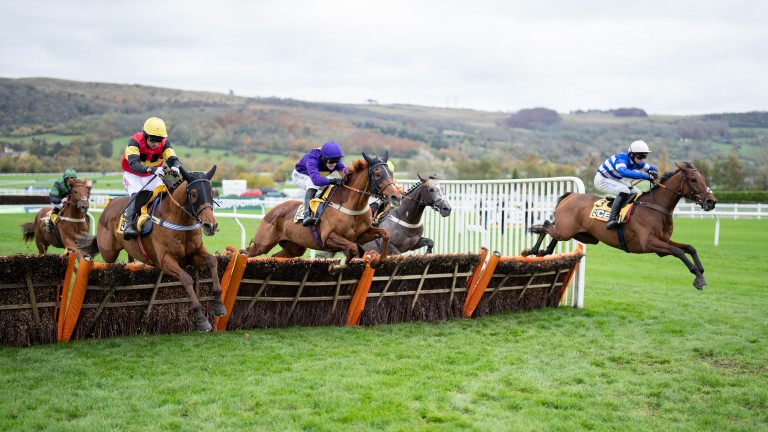 He has made a flying start to the season with Knight Salute providing him with a 27th winner following his two and three quarter-length success under Paddy Brennan, who doubled up when Bonttay won the concluding bumper.

"Excuse me, sorry," he said while fighting back tears. "We have a good team and owners. You can't do it without them.

"I'm a stubborn bastard and a fighter, that's the reality. I came from the wrong side of town as a kid. I'm not going give up, that's the way you're made."

Ben Bromley realised a lifetime ambition with his first Cheltenham winner aboard Strictlyadancer in the 3m1f amateur jockeys’ handicap chase.

The Christian Williams-trained seven-year-old, owned by Encore Racing, backed up a course-and-distance win at the Showcase meeting with a two and a quarter-length triumph.

The elated rider, son of bloodstock agent Anthony Bromley, said: "It's unbelievable and it hasn't sunk in yet. When I crossed the line, I thought 'have I actually done it'?

"You hear everyone say you can't describe the feeling of a first Cheltenham winner and I thought they were just saying it for the cameras, but it's actually true!"

Which horse impressed with March in mind? Our experts have their say

FIRST PUBLISHED 5:33PM, NOV 13 2021
We had our fingers crossed, he looked great but I didn't back him, although that doesn't mean anything. I should've done