He can make an impact in Group class: three who impressed our judges on Saturday 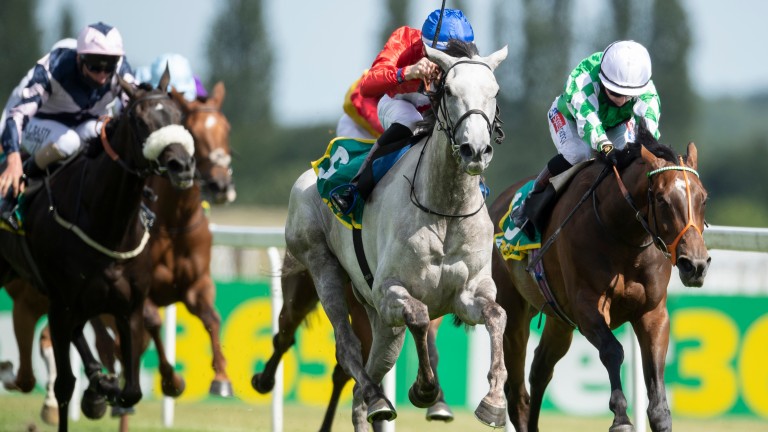 Cabaletta (centre): back to her best in the Aphrodite Stakes
Edward Whitaker
1 of 1
By Racing Post staff UPDATED 5:08PM, JUL 18 2020

Martyn Meade has only raced one juvenile so far this season, and Method is setting a high bar for the rest of the trainer's crop after another smooth win on Saturday. The Mehmas colt had looked above average on debut at Doncaster, and confirmed that impression in the Listed Rose Bowl Stakes at Newbury. Quotes for the 2,000 Guineas were circulating after the two and a quarter length victory, but I would be thinking about next season's Commonwealth Cup. There is a long way to go, but perhaps the trainer has already filled the void left by the retired Advertise.
David Baxter, Juvenile Judge

My Oberon was impressive when winning the novice event at York. By Dubawi and out of a half-sister to smart sprinter Muthmir, My Oberon improved significantly on his debut fifth at Newmarket to slam his rivals in this contest by six lengths. He was well on top at the finish despite racing green for the majority of the race and there should be plenty of further improvement to come as he gains experience. I’m expecting My Oberon to make an impact in Group class sooner rather than later.
Graeme Rodway, tipster

Punters should always be willing to forgive one bad run and Cabaletta proved her class when bouncing back from a below-par effort in the Lancashire Oaks to land the Listed bet365 Aphrodite Fillies' Stakes at Newbury. The Cheveley Park Stud-owned homebred defeated subsequent Ribblesdale winner Frankly Darling on her sole start at two and can rise through the ranks for Roger Varian this year. She was good value for her half-length win and stamina is her strongest asset, so the Lillie Langtry at Glorious Goodwood looks an obvious next step.
Jack Haynes, journalist

FIRST PUBLISHED 4:51PM, JUL 18 2020
Punters should always be willing to forgive one bad run and Cabaletta proved her class when bouncing back in the Aphrodite