'He boasts the best piece of form' - but is this frustrating hurdler a safe bet? 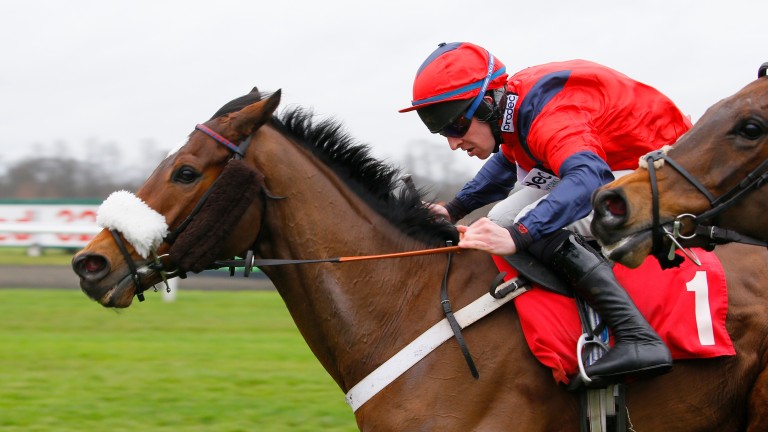 It can sometimes pay to be of a forgiving nature when it comes to horseracing, but just how long do you stick with a horse before you follow them off a cliff? That’s the dilemma.

Take Howling Milan as an example. He boasts the best piece of form in this race.

In December 2019 he would probably have won a 2m4½f handicap hurdle at Newbury but for falling at the last when he was three lengths clear. He traded at a low of 1.22 in running on Betfair that day and it was a hot Class 2 event that threw up several subsequent winners.

That run came off a mark of 125, 7lb higher than his rating here, but that’s because he hasn’t shown many signs of repeating it. His latest run was his best effort since, though.

That came in a 2m3½f handicap hurdle at Bangor on his first start without any headgear since October 2019, and on his first outing on heavy ground. Conditions will be similar here.

Warren Greatrex has booked 10lb claimer Caoilin Quinn to ride Bailarico and the pair have teamed up only once before, for a 20-1 winner. Could they make it 2-2?

The final word goes to the resurgent David Pipe, who has a 26 per cent strike-rate in the last couple of weeks and excels with runners in hurdles at Plumpton. The Nicholashayne trainer has six winners from 27 runners (22 per cent) in such races at the track in the last five seasons.
Race analysis by Graeme Rodway

Fergus Gillard, rider of Poker Play
I haven't ridden him before but I'd imagine he needs to step up on his effort at Bangor last time.

Jack Barber, trainer of Ridgeway Flyer
He’s been third on all three starts for us and was staying on well over three miles at Taunton last time, which would suggest this extra furlong will suit him.

Gary Moore, trainer of Zhiguli
He’s up in trip, which we think will suit him, but I need to check in the morning if Niall Houlihan still claims 6lb or 3lb, which could change things. I also have a slight concern about the track as he’s a big horse to be going around those tight turns.

Sam Drinkwater, trainer of Howling Milan
He’s been a bit hit and miss for us of late but took a step in the right direction at Bangor last time and we're expecting him to be suited by this kind of trip. He has a small each-way chance.

Evan Williams, trainer of Virginia Chick
He’s rather gone at the game and has lost his sparkle of late. We’ll run him until the end of the season and we may then retire him unless he gets his act together.

Nick Gifford, trainer of Northern Poet
He’s not a guaranteed runner if they get the rain as he’s a good-ground horse but we’ll check in the morning.
Reporting by David Milnes

FIRST PUBLISHED 6:00PM, JAN 24 2021
I have a slight concern about the track as he’s a big horse to be going around those tight turns