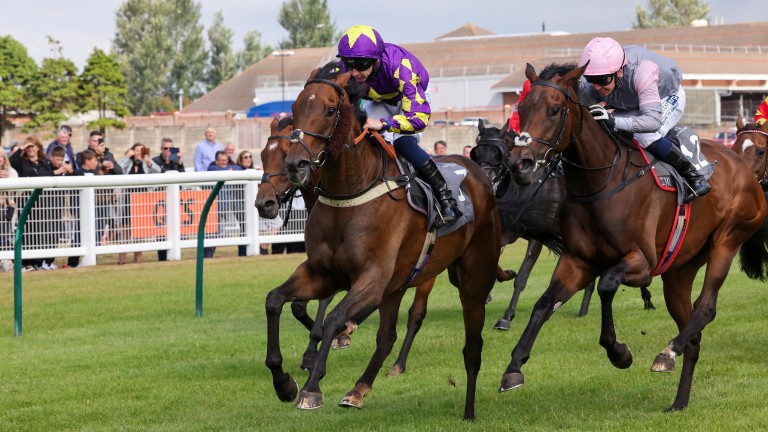 Royal Regent lived up to the phrase horses for courses to land his fifth career success, with each of the nine-year-old's wins coming at Ayr.

It was a three-year drought between drinks for Royal Regent as he landed his first success in 16 starts as the oldest horse in the field.

He secured a half-length win under Paddy Mathers which was confirmed after a stewards' inquiry following interference with second-placed Oot Ma Way, which was ruled accidental.

Trainer Mike Smith said: "We were very confident coming into today that he would run a big race but it's a large field and you never know what's going to happen as you always need luck.

"He absolutely loves Ayr, and I thought he would do it today if the ground was soft. His owner Steve Dick has been waiting to see the rain come – without it things are no good for him. It's unbelievable that in the west coast of Scotland we're waiting for rain!

There are no signs of slowing down for Royal Regent, who has 39 runs to his name over a seven-year career.

"He loves his work," Smith said. "He's mad for it, always jig-jogging there and back. He's a dude at home, just brilliant."

The three-year-old won by five and a half lengths from favourite Kolisi, who was William Haggas's 100th runner at Ayr.

Platinumcard was partnered by Billy Garritty, who recorded his 30th winner of the season.

FIRST PUBLISHED 6:15PM, AUG 9 2021
We were very confident coming into today that he would run a big race but it's a large field and you never know what's going to happen