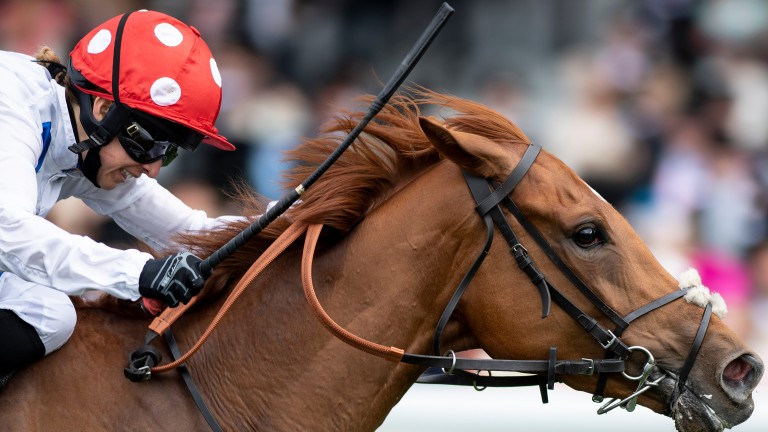 Hayley Turner wins the Sandringham Handicap on Thanks Be
Edward Whitaker
1 of 1
By John Randall 6:59PM, JUN 21 2019

It was not possible for women to ride at Royal Ascot until 1975, when they were permitted to compete in Britain as professionals for the first time. The first to do so was Irish-based Joanna Morgan when she rode Gallowshill Boy into ninth place in the Queen's Vase in 1978.

Since then women have ridden other big-race winners in Britain, but it is no more than a statistical quirk that it has taken until now for a second Royal Ascot winner to be added to their tally.

Hayley Turner, with 823 wins, dominates the all-time list of most successful female Flat jockeys in Britain, having ridden more than double as many winners as second-placed Cathy Gannon.

Anxious wait for racing with lockdown easing in England set to be delayed 2021 St James's Palace Stakes at Royal Ascot: the runners, the odds, the verdict Confirmed runners and riders for the Prince of Wales's Stakes at Royal Ascot What's on this week: the biggest names in racing are heading to Royal Ascot Everything you need to know about day one of Royal Ascot on Tuesday Royal approval: King's Lynn and Oisin Murphy going all out for Ascot Group 1