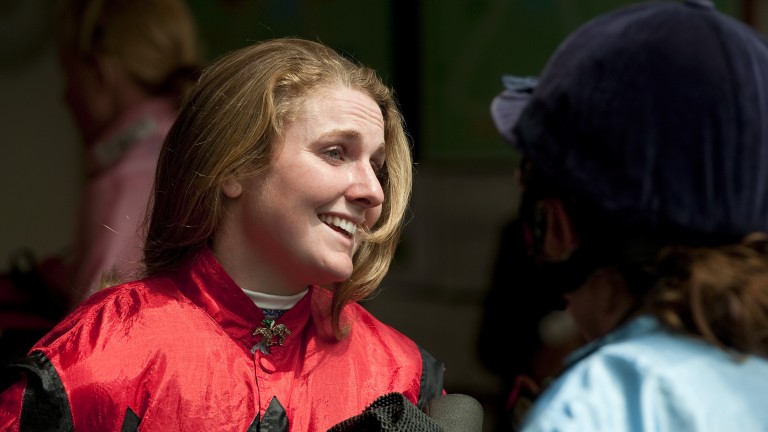 Hayley Moore heads to Epsom on Thursday hoping to achieve something even her illustrious brother Ryan has not done, nor indeed ever will do, by winning the Ladies' Derby.

Although Newbury also stages a Ladies' Derby next month, the Epsom version surely must rank as the real deal given the handicap is staged over the same course and distance as the world's most famous Flat race, won by Ryan Moore aboard Workforce and Ruler Of The World.

Moore's amateur rider sister, a successful broadcaster whose roles this year have included raceday presenting at Epsom's Investec Derby festival, partners Whinging Willie for father Gary and reckons she has obvious prospects of returning to the track's hallowed winner's circle.

"I think we have a very good chance," she said. "He was unlucky at Epsom last time when he was badly hampered. I also know the horse well and I've won on him. Last year's winner Tapis Libre looks the big danger but all the other ones I was most worried about weren't declared."

"Ryan has won the Derby and Jamie has won the jump jockeys' Derby, so it would be quite cool if I could win the Ladies' Derby, especially as I do some work at Epsom and with one more winner I lose my claim."

Unusually, there are three amateur riders' races programmed for Thursday, with events also being staged at Doncaster and Newbury.

"It is frustrating, especially as Newbury and Epsom are both southern tracks and we have runners in both races," said Moore.

"I didn't risk trying to do the two and I've also given up a presenting shift at Newmarket as I didn't want to risk the M25."

'Plenty of options' as one-time Derby hope Highest Ground bounces back O'Brien at a loss over Bolshoi Ballet's defeat following 'lifeless' display Ryan Moore recruited to ride US-trained hope for King's Stand Kieren Fallon on how to ride the Derby – and his idea of the winner The one and only: Bolshoi Ballet must show why he was singled out for Derby My take on the High Definition saga which rocked the Derby during the week