Hayes to miss start of UAE season with broken wrist 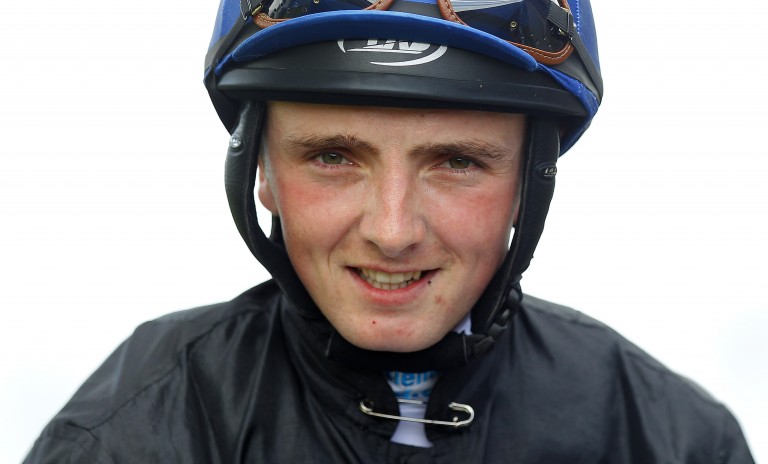 Chris Hayes: has decided to donate all his riding fees for Irish Champions Weekend to cancer trials
Patrick McCann (racingpost.com/photos)
1 of 1
By Jason Ford 12:03PM, NOV 2 2016

Just five rides into his second season in the UAE, Chris Hayes has been ruled out for three to four weeks after breaking his right wrist when riding out on Wednesday morning.

Retained locally by Dhruba Selvaratnam, whose main patron is Sheikh Ahmed, owner of Jebel Ali racecourse where the trainer is based, Hayes rode 20 winners during the last campaign in an impressive first UAE season.

That tally included a first local Classic winner for UAE veteran Selvaratnam and Sheikh Ahmed with the success of Market Rally in the UAE 2,000 Guineas.

Yet to get off the mark this season, Hayes will have to wait to open his account and is expected to fly home to Ireland to recuperate. The jockey enjoyed a good European campaign, highlighted by the Classic success of Awtaad in the Irish 2,000 Guineas.

Selvaratnam said: "Sadly Chris came off an errant one this morning and was taken to hospital where it became apparent he has broken his wrist.

"I would expect him to be out for three or four weeks, which is a real shame for him. I think he will go back to Ireland to begin his recovery."

Hayes tweeted a photograph of his arm in a sling with the accompanying words: "Not the best way to start UAE season. Fractured wrist after a morning fall. But I'll be back in no time. #thatsracing #groundtougherthanme."

FIRST PUBLISHED 9:51AM, NOV 2 2016
Chris came off an errant one this morning and was taken to hospital where it became apparent he has broken his wrist